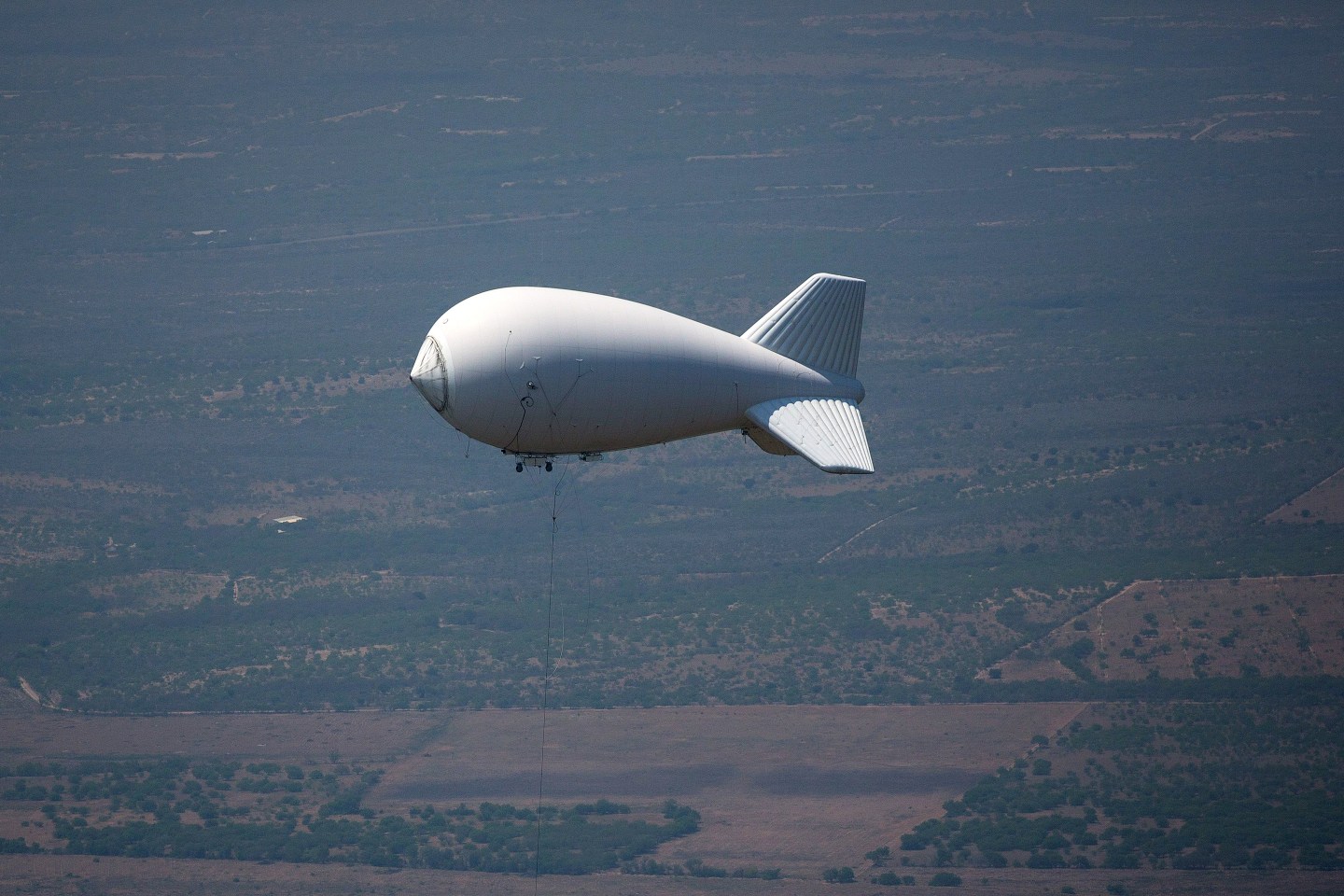 Drones have become the military’s go-to technology for aerial surveillance, but the Pentagon appears to have big hopes for an older concept: high-altitude balloons.

These balloons are far more high-tech than the military blimps of the past. The solar-powered balloons use algorithms to navigate the skies, drafting off of wind currents at between 60,000 and 90,000 feet above the ground.

According to a report in Politico, the Pentagon is giving the balloons a big bump in spending in hopes that they could aid in tracking and deterring Russian and Chinese hypersonic missiles.

The Department of Defense has set aside $27.1 million in the 2023 fiscal budget to continue work on its balloon projects, up from the $3.8 million it spent on balloons over the past two years, according to a Politico review of budget documents.

The Pentagon’s effort to incorporate the balloons into its already extensive network of surveillance technology comes amid growing concerns over Russia and China’s arsenals of hypersonic missiles.

In March, the U.S. confirmed Russia’s claim that it used a hypersonic missile in an attack in Ukraine, marking the first time the technology has been used in combat. Russia has since followed up with several more hypersonic missile deployments in different attacks against Ukraine.

In July 2021, China successfully tested its nuclear-capable hypersonic missile, reportedly surprising the Pentagon, which did not think any nation at the time had the capability.

The high-altitude surveillance balloons are produced by Raven Aerostar, an aerospace and defense company owned by Raven Industries, and will supplement work traditionally done by aircraft or satellite at a much cheaper cost, Politico reported.

The balloons are equipped with a battery and solar panel-charged flight control unit, as well as a payload electronics package to control flight safety, navigation and communication, are piloted by a software program and manned 24/7 by trained flight engineers at a missions operation center.

According to budget documents, the balloons will also be used to track moving ground targets by intercepting electronic signals and communications.

It’s not the first time the Department of Defense has used high-altitude balloons. In 2019, the DoD made headlines when it deployed 25 surveillance balloons from South Dakota as part of its Covert Long-Dwell Stratospheric Architecture (COLD STAR) project aimed at finding drug traffickers.

But now, the DoD is transitioning its use of balloons to the military.

The Pentagon confirmed that the COLD STAR program and its balloons have been transitioned to be used for military services, according to Politico.