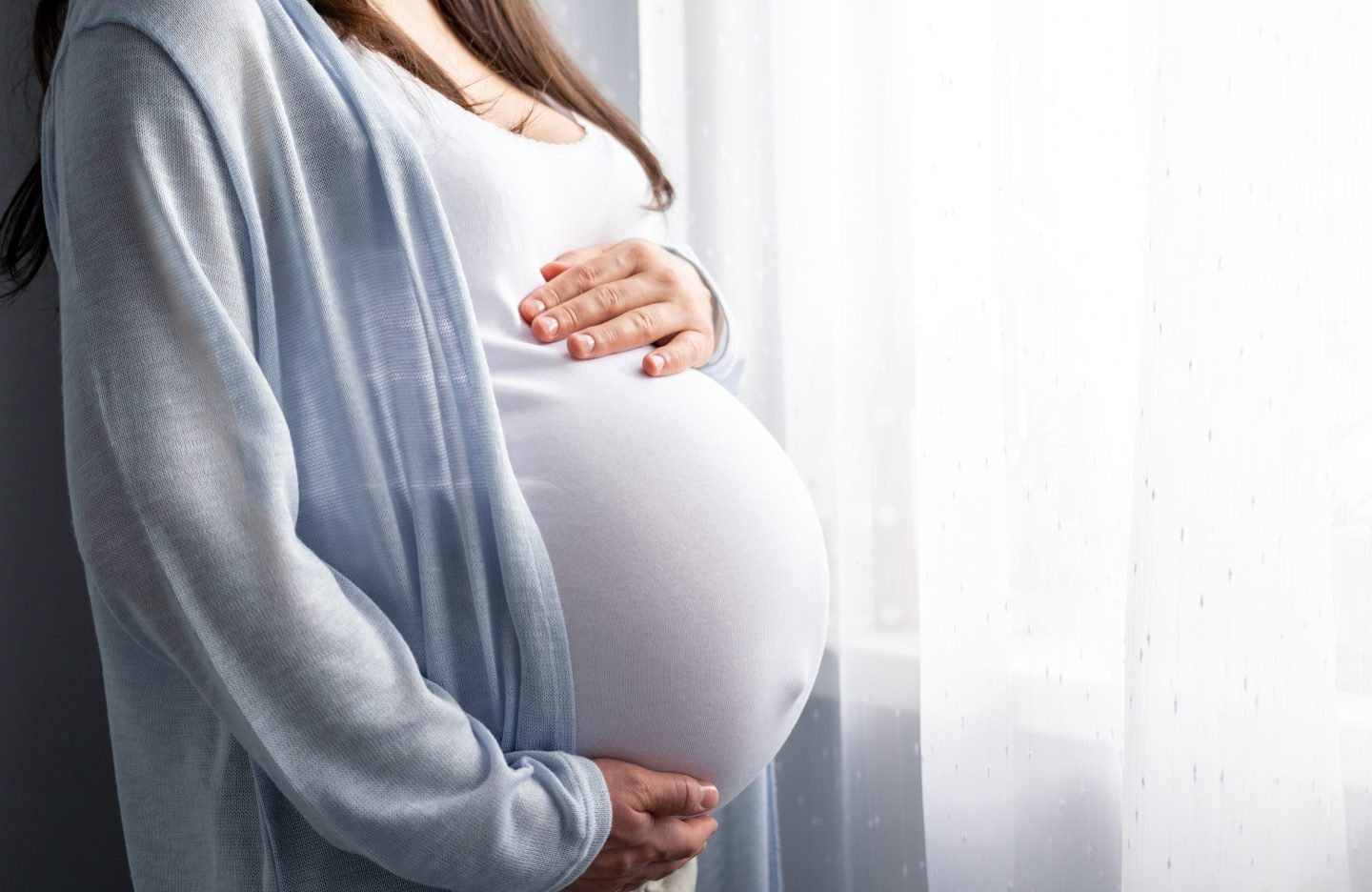 Prior to Roe being overturned, pregnant people were increasingly being prosecuted for purposefully or accidentally ending a pregnancy.
Getty Images

In Texas, 26-year-old Lizelle Herrera was arrested and charged with murder for self-induced abortion. In California, 29-year-old Adora Perez served four years in prison after giving birth to a stillborn son. And in Mississippi, Latice Fisher was jailed after losing her baby at 36 weeks after police found she’d searched for abortion information online.

Even before the toppling of Roe v. Wade, the prosecution of women suspected of purposefully or accidentally ending a pregnancy was on the rise. There has been a movement to use state laws on child endangerment, feticide or murder to arrest women whose pregnancies ended prematurely, reproductive rights lawyers say, and it may be a harbinger of what’s to come.

“There’s going to be a massive increase in cases like these with Roe out of the picture,” said Mary McNamara, a San Francisco lawyer representing Perez, whose murder charge was dropped in May.

Already, about 1,300 women have been arrested or charged in the U.S. from 2006 to 2020 for their actions during pregnancy. That’s three times the amount during the 33 years prior, according to the National Advocates for Pregnant Women.

The Supreme Court’s move overturning Roe put into play existing or expected abortion bans in roughly half of US states. Most states don’t currently have laws on the books that punish women directly for having abortions. A recent attempt to do so by Louisiana lawmakers (who helped draft legislation with a so-called abortion abolition group) failed after outcry from both pro- and anti-abortion groups.

But prosecutors have been using—and misusing—existing laws related to drug use in pregnancy, limits on medication abortions, and protection of fetuses to charge women for miscarriages, stillbirths or actions that lead to pregnancy loss.

Herrera’s indictment and April arrest on a murder charge for a “self-induced abortion” that allegedly took place months earlier—and was, per the district attorney, reported by the hospital that treated her—outraged women’s rights advocates. Her arrest came after Texas banned abortions past six weeks and empowered private citizens to sue medical professionals suspected of violating the ban and to seek bounties of at least $10,000 per illegal procedure.

Herrera, who could not be reached for comment, was jailed for days with bail set at $500,000 until the prosecutor dropped the indictment and conceded there was no crime.

Just three states have laws that directly criminalize women for self-induced abortions, all of which exempt life-saving situations. In Oklahoma, a woman who solicits or attempts to commit an abortion can face as much as one year in jail and/or pay a $1,000 fine. In Nevada, a woman who seeks an abortion after the 24th week of pregnancy can be charged with manslaughter and face up to 10 years in prison. Women in South Carolina who self-manage their abortions outside of a hospital or clinic after their first trimester can face a misdemeanor charge and as much as two years in prison.

But the Herrera debacle raised new concerns that a reversal of Roe would put unchecked power in the hands of local prosecutors who could employ an array of other existing laws to prosecute those trying to exercise their reproductive rights.

Those include more than 4,450 federal crimes still on the books, as well of tens of thousands of state statutes including conspiracy, attempt and accomplice statues,  according to a report by the National Association of Criminal Defense Lawyers.

Additionally, 39 states have criminal laws giving fertilized eggs, embryos, and fetuses the status of separate crime victim, warning it could “open the floodgates to massive overcriminalization,” the report said.

Perez, who admitted to the use of methamphetamines during her pregnancy and declined to be interviewed through her lawyer, originally took a plea agreement to a manslaughter charge. In March, a California judge reversed her conviction and said the law she allegedly broke didn’t exist.

“There is no crime in California of manslaughter of a fetus,” Kings County Superior Court Judge Valerie R. Chrissakis wrote.

McNamara, her lawyer, said that the prosecutor in Perez’s case alleged that her methamphetamine use had caused the stillbirth without any scientific evidence to support it.

Abortion-rights groups say between 15 to 20% of pregnancies end in miscarriage or stillbirth with medical science unable to conclude the cause. But prosecutors and coroners have brought charges against women for allegations of drug use in pregnancy, the use of abortion-inducing medicines in advanced stages of gestation or outside of an approved medical context, and even for allegations of killing a fetus during a suicide attempt.

Many of the arrests are related to drug use. There are 24 states that consider drug use in pregnancy to be child abuse and 25 that require health-care workers to report suspected prenatal drug use, according to Guttmacher Institute, a nonprofit that tracks reproductive health issues.

Such prosecutions can have devastating effects.

In California’s Central Valley, Chelsea Becker was charged with murder in 2019 for delivering a stillborn fetus allegedly after consuming methamphetamine, according to court records. Becker spent 16 months in jail until a California judge in 2021 dismissed murder charges, ruling that prosecutors failed to present sufficient evidence she’d ingested drugs knowing it could cause a stillbirth, according to one of her lawyers, Samantha Lee, of Advocates for Pregnant Women.

During Becker’s incarceration, she lost custody of a young son.

“Experiencing the loss of my baby alone caused a lot of trauma,” she testified to California legislators in June in support of a bill that would ensure no one in the state would be prosecuted for ending a pregnancy. “If the hospital had never involved law enforcement due to this stillbirth happening, I would still have custody of my son.”

Becker declined to be interviewed through her attorney, Lee.

In both Perez and Becker’s cases, the prosecutor misused a California law that is intended to hold accountable those who harm pregnant individuals, according to California Attorney General Rob Bonta, who in January issued an alert to district attorneys warning against “improper and unjust applications of the law.”

Pro-choice advocates fear that now that abortion rights are no longer constitutionally protected, more women will find other means to ending unwanted pregnancies if they can’t travel out of state for a legal abortion. Should they develop a medical problem, women may find themselves under criminal scrutiny—even though there isn’t a way to distinguish between a self-medicated abortion and a spontaneous miscarriage.

Fisher was charged with second degree murder after she experienced a stillbirth at home and a state medical examiner claimed the baby had been born alive and died of asphyxiation, according to Oktibbeha County court records. Prosecutors said police also went through Fisher’s mobile phone data and allegedly found searches for “buy abortion pills,” and mifepristone and misoprostol, two medications used for self-managed abortions. She allegedly then purchased misoprostol, a drug that causes the uterus to contract, they said.

The murder charge against Fisher was eventually dismissed after the district attorney admitted doubt about the validity of the tests used to claim the baby had ever been born alive.

“The point of criminalizing is just to instill fear,” said Laurie Bertram Roberts, co-founder of the Mississippi Reproductive Freedom Fund and the executive director of Yellow Hammer Fund, who worked to raise funds and bail Latice Fisher out of jail in 2018. “Anytime someone Googles her for a job that mugshot with a story of her being indicted for a second-degree murder will always be there no matter what she does in life.”

But the case has raised privacy concerns about the types of digital information that could be used by local prosecutors to make these types of criminal cases against women in the future. Apps that help women track their periods and ovulation aren’t covered under federal law that protect patient health data. The Federal Trade Commission settled a case last year with fertility app Flo Health Inc. after it allegedly compromised users’ sensitive health information.

Another tactic being used to target women are fetal “personhood” laws under which a fetus has rights akin to a child already born.

“The broadening of protection for the unborn creates risks for pregnant people,” according to Cynthia Soohoo, a professor at CUNY law school in New York. “It’s not surprising that overzealous prosecutors have brought murder and feticide charges for abortions even in cases where the prosecution is not authorized by the statute.”

Many of these prosecutions came after the pregnant woman confided in her doctor or health provider about having taken a half a Valium, having a drink or using an illicit drug during their pregnancy, lawyers for these women said.

“These women came in seeking prenatal care, thinking ‘I can speak honestly to my doctor so that I can have a healthy life and a healthy pregnancy,’” said Michele Goodwin, a law professor at the University of California, Irvine and author of the book, “Policing the Womb: Invisible Women and the Criminalization of Motherhood.”

“These women were doing what they’re told to do—to get prenatal care,” Goodwin said. At the same time, “prosecutors were going after these women for laws that were not even on the books.”