Monitoring your employees at work may actually make them slack off, slow down, and even steal more than ones who aren’t, Harvard study says 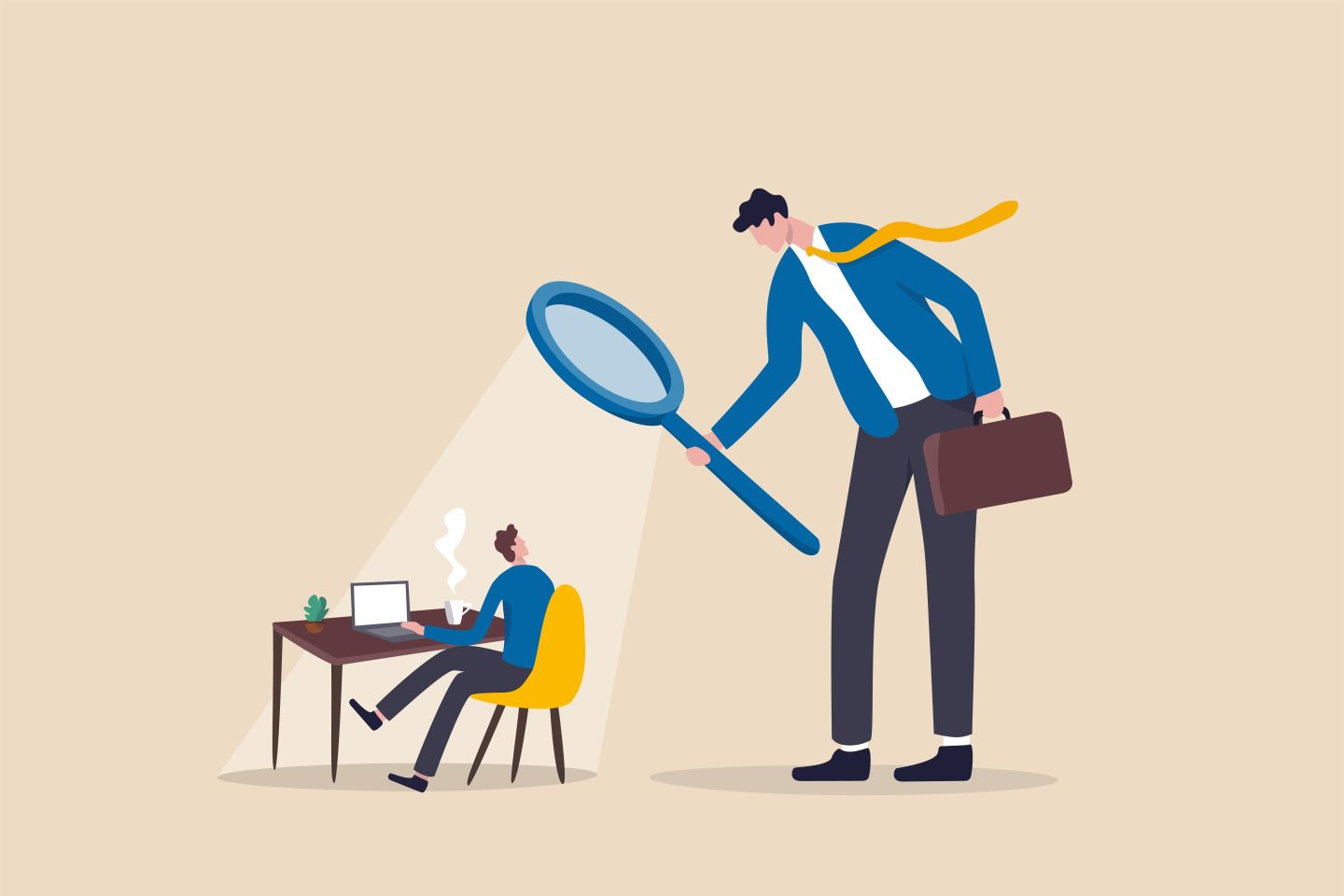 As managers use new tactics to watch over their employees, a new study has found that employees monitored at work were more likely to break the rules than non-monitored employees
Getty Images

Managers looking to run a tight ship should be wary about keeping an overbearing eye on their employees.

A study by Harvard Business Review found that employees given a series of tasks were more likely to cheat despite being told they would be working under electronic surveillance than those who were not told they would be monitored.

The study, which looked at the behavior of 200 U.S.-based employees, noted that employees are motivated either by external factors such as the threat of punishment or the promise of reward, or by their internal moral compass.

After conducting the study, the authors concluded that when workers are monitored, they shift the responsibility of their actions onto the authority figure overseeing their surveillance rather than onto themselves and are more likely to act in a way that runs counter to their own moral standards.

“Our studies showed that monitoring employees causes them to subconsciously feel that they are less responsible for their own conduct, thus making them more likely to act immorally,” the authors of the study said.

Employee tracking searches ‘through the roof’

The study comes at a time when the global demand for employee monitoring has risen exponentially in post-pandemic work life.

In April 2020, online searches for “how to monitor employees working from home” increased by 1,705%, and sales for systems that track workers’ activity through desktop monitoring, keystroke tracking, video surveillance, GPS location tracking, and other tools “went through the roof,” according to the study authors.

Some tracking, though, can be used for good.

Microsoft is developing a system which would use smart watches to collect data on employees’ blood pressure and heart rate to measure anxiety and wellness in employees.

However, companies like Amazon have a more controversial history of tracking the efficiency of workers and reprimanding them if they don’t work quickly enough.

The online giant tracks smartphone data to measure delivery driver efficiency and safety outside of its warehouses, while inside, Amazon uses scanners to tell workers when and how to process an order, and times their speed to ensure they are working at the correct pace.

How to track better

If employers are still interested in monitoring employees, the authors of the study advise companies to consult employees on the planned surveillance.

“As a starting point, rather than unilaterally implementing a monitoring system, leaders should find ways to give employees visibility and input into when surveillance is appropriate and when it should be off-limits—and then stick to those boundaries.”

They also note leaders should give their employers access to the data they collect, in the form of aggregated anonymized data and should clearly communicate what it will be used for.

Harvard Business Review cited one study which found that even just explaining the scope and purpose of the monitoring boosted employees’ acceptance of the practice by about 70%.