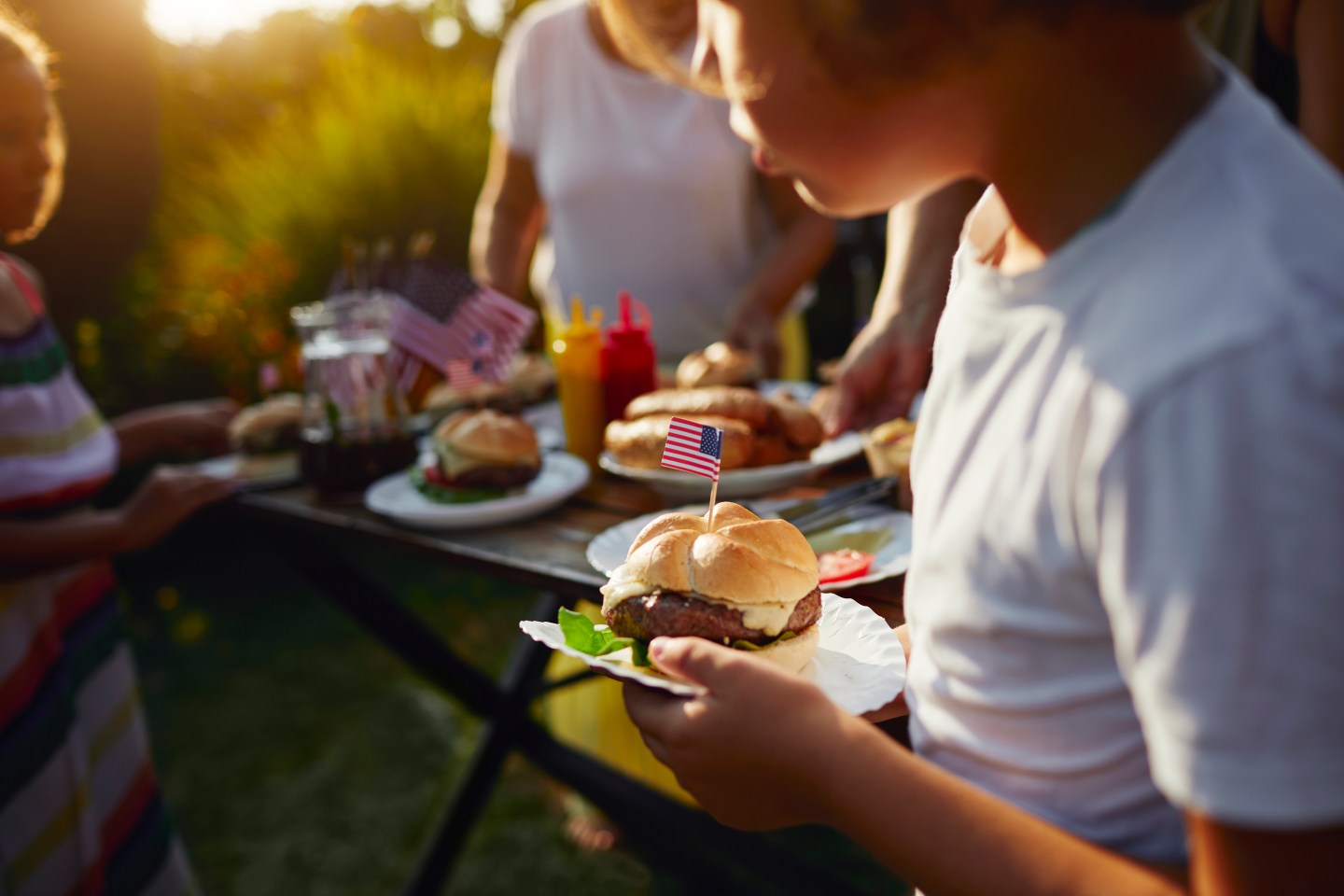 Your July 4th BBQ is going to cost more this year due to inflation.
Getty Images

Grilling hot dogs, slicing apple pie, and drinking lemonade are the pinnacles of a Fourth of July barbecue. But as with most fun festivities lately, they might cost you a little extra this year.

This Fourth of July‘s cookout will be 17% more expensive than it was a year ago, per a new report from the American Farm Bureau Federation (AFBF). A barbecue for 10 people will likely cost $69.68 on average, around $10 more than last year. The AFBF attributes the increase in price to supply-chain issues, the war in Ukraine, and subsequent consumer inflation.

The $10 increase may not sound overly significant, but it might rack up with a larger celebration. It’s also just another increased expense on top of price hikes for nearly everything else in today’s economy. The barbecue essentials that cost more than they did last year are:

Vegetarians can rejoice, considering the most costly items this year are meat. Ground beef has seen the biggest price hike, increasing by 36% since last year for two pounds. And not all prices went up. Strawberries, sliced cheese, and potato chips all cost slightly less than they did a year ago.

A separate analysis by Wells Fargo found that Fourth of July food will cost about 11% more this year for a party of 10. It suggested swapping out the burgers for shrimp tacos and ice cream for nondairy desserts like Popsicles, foods that haven’t seen such high price hikes.

It’s not just food that may not be the same this Fourth of July. Even little kabooms in the sky are in jeopardy, as some places have canceled public fireworks displays due to rising costs, supply-chain issues, and staffing shortages.

It’s all just another dent in a difficult summer, as returning to the era of carefree vacations has been slow in the U.S. Flights have been delayed and canceled at record numbers and public pools have been shut down, due to a labor shortage of both pilots and lifeguards. Meanwhile, inflation continues to surge to its highest level since 1981.

An expensive Fourth of July is just the cherry on top.