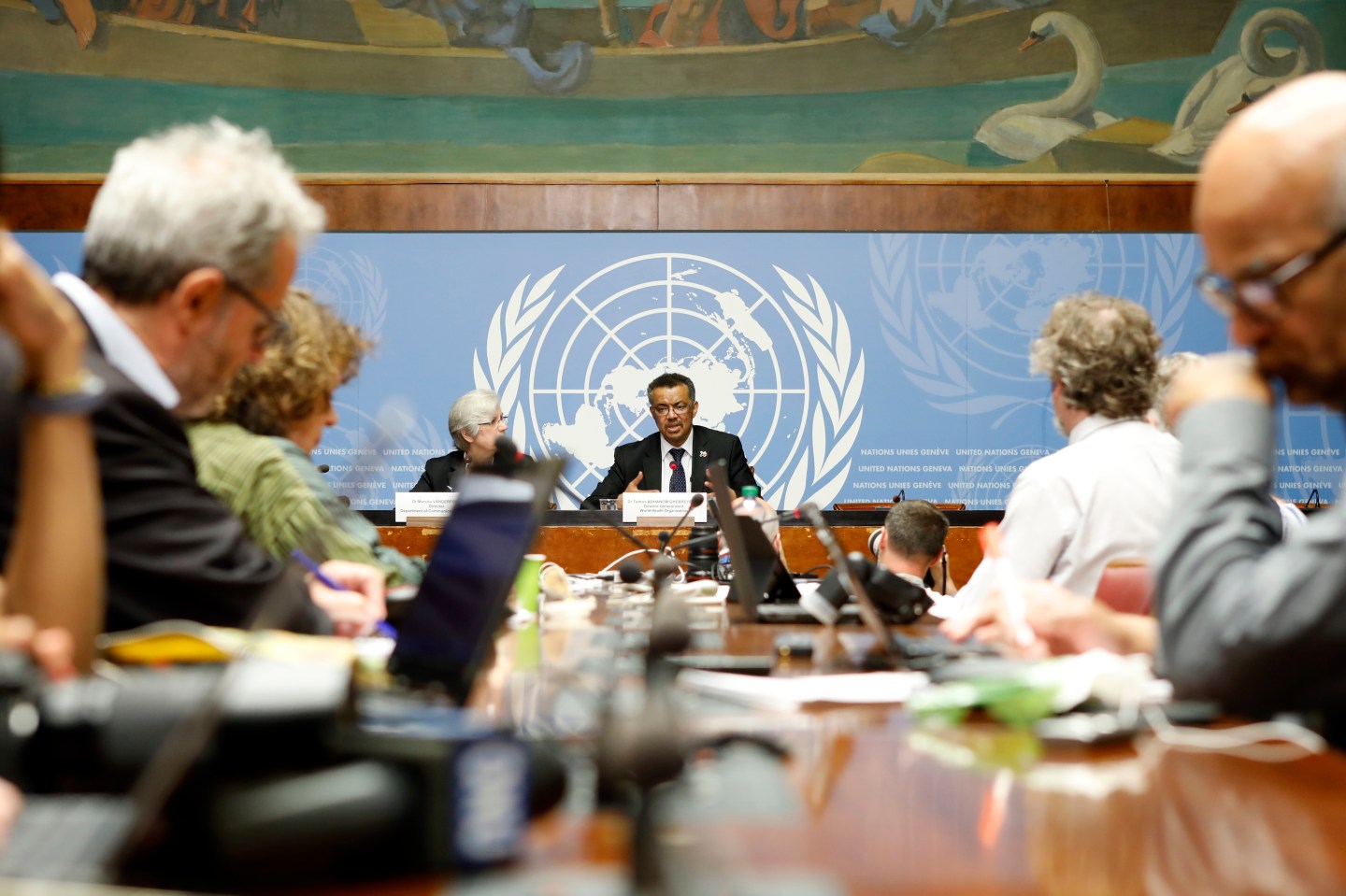 The World Health Organization will reconvene an emergency committee on monkeypox “as soon as possible” due to the “evolving situation,” Director-General Dr. Tedros Adhanom Ghebreyesus said Wednesday—after the organization declared Saturday that the virus isn’t an international public health emergency “at present.”

The committee “advised that I should reconvene them quickly based on the evolving situation, which I will do,” Adhanom Ghebreyesus said at a press availability, adding that the virus is potentially poised to “move into high-risk groups including children, the immunocompromised, and pregnant women.”

“We are starting to see this with several children already infected,” he said.

The WHO did not immediately respond to an email inquiry regarding when the committee might meet. When asked by a journalist during the press availability, officials did not answer the question.

Adhanom Ghebreyesus and the committee on Saturday acknowledged the situation should be “closely monitored,” and the decision not to declare an emergency be “reviewed after a few weeks,” noting the global outbreak’s “emergency nature” and the “intense response efforts” required to control it.

One or more of the following conditions should trigger a reassessment, they said:

Dr. Georges Benjamin, executive director of the American Public Health Association, told Fortune on Wednesday he was glad to hear the committee would reconvene.

“The situation is only getting worse, and they really need to jump on this quickly,” he said via text.

The news comes less than 24 hours after the White House announced the first phase of its national monkeypox vaccine strategy, saying it would release tens of thousands of doses “immediately” from the Strategic National Stockpile—with millions more on their way the coming weeks and months.

Nearly 60,000 doses of the Jynneos vaccine—the safer of two available—will be deployed from the stockpile, and nearly 250,000 additional doses will be made available in the coming weeks in an effort to slow spread of the disease. In the coming months, another 1.6 million doses will be released, federal health officials said on a Tuesday evening press call.

Individuals at high risk of contracting monkeypox and areas with the highest number of cases will be prioritized, officials added.

“While monkeypox poses minimal risk to most Americans, we are doing everything we can to offer vaccines to those at high risk of contracting the virus,” U.S. Department of Health and Human Services Secretary Xavier Becerra said in a Tuesday evening news release. “This new strategy allows us to maximize the supply of currently available vaccines and reach those who are most vulnerable to the current outbreak.”

The Biden plan uses a “proven framework that was successful in getting more people vaccinated and more people tested in the U.S. for COVID, for monkeypox,” Benjamin said. “Their new plan is sound and employed the best practices we have learned.”

“We are already behind in basic sexually transmitted disease control in the U.S., so we have a steep hill to climb to address the outbreak successfully,” he added.

Nearly 5,000 monkeypox cases had been identified globally in 49 countries as of Tuesday, U.S. health officials said, including 306 cases in the U.S. across 28 jurisdictions. That was up from 3,413 cases globally and 244 cases in the U.S. the day prior, according to data from the World Health Organization and the U.S. Centers for Disease Control and Prevention.

One death has been reported during the current global outbreak.