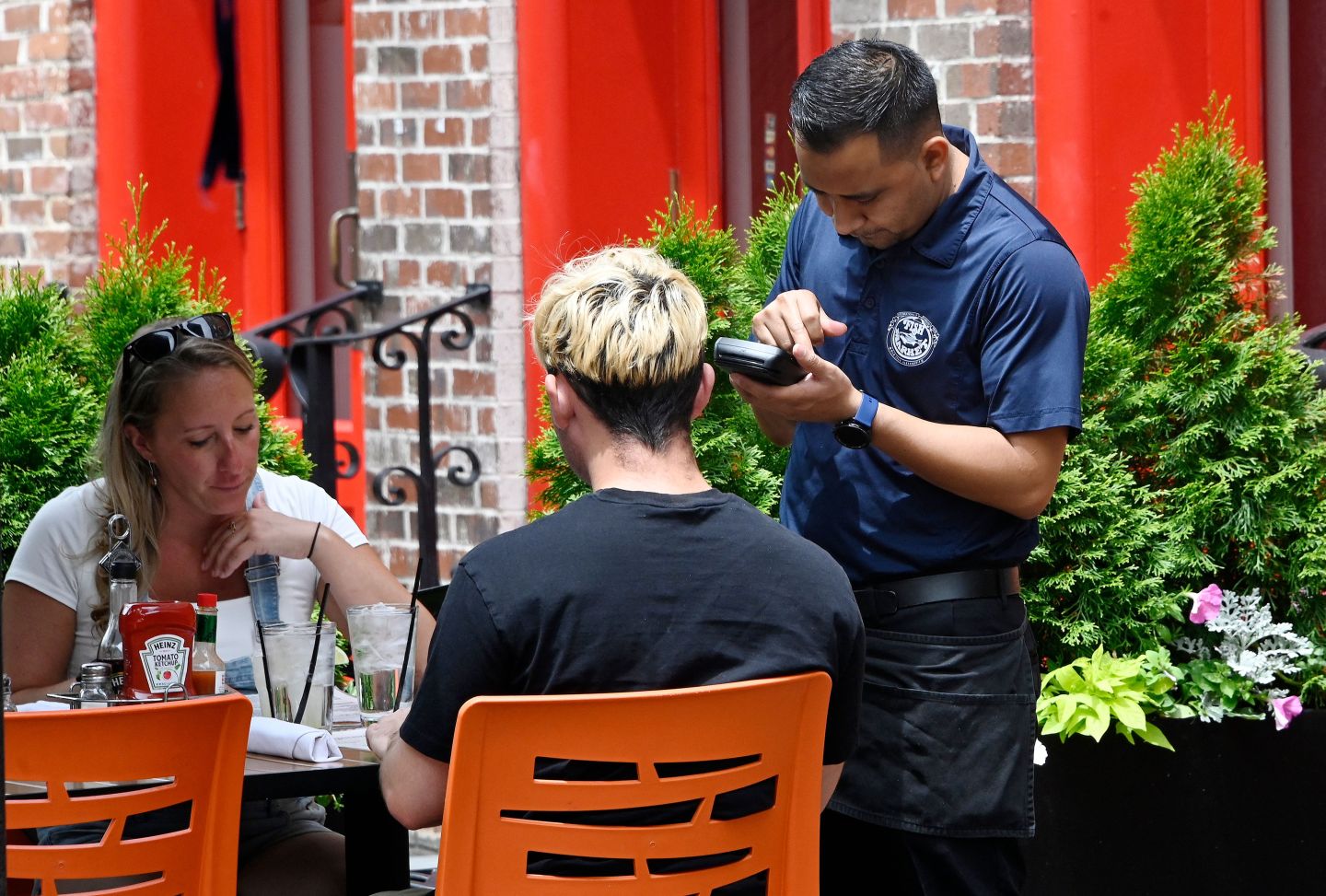 Restaurant servers saw the largest gains with an increase to $21,300 annually this year from $17,100 in 2019, and about a third of wait staff surveyed consider their wages to be fair.
Olivier Douliery—AFP/Getty Images

Wages are rising for workers considered essential during the COVID-19 pandemic, but few consider themselves fairly paid.

These are some of the findings by software company Payscale, which analyzed nearly 268,000 salary profiles and found that pay has climbed for a number of workers including house cleaners, nurses, and food service employees. Servers saw the largest gains with an increase to $21,300 annually this year from  $17,100 in 2019, and about a third of wait staff surveyed consider their wages to be fair.

It’s a smaller proportion for the 29 other job roles in the study. Just 11% of non-profit program directors consider their pay to be adequate, for instance, even with their annual salary projected to rise 12% to $62,900 this year versus in 2019 — more than three times the federal poverty income level for a two-person household.

Pay increases recorded between 2019 and 2022 have been nullified by an inflation rate that has quintupled over that period. A separate report by the Capital One Insights Center in March 2020 found that only 9% of people earning less than $25,000 annually said their wages kept up with the cost of living, compared to 31% of those earning more than $100,000 a year who said the same.

If low-income workers end up moving to new roles, their wage gains are unlikely to last. Job listings for eight roles covered by the study would result in a loss of income, and four would result in no pay increase at all.