The next big nut milk could be made from pistachios 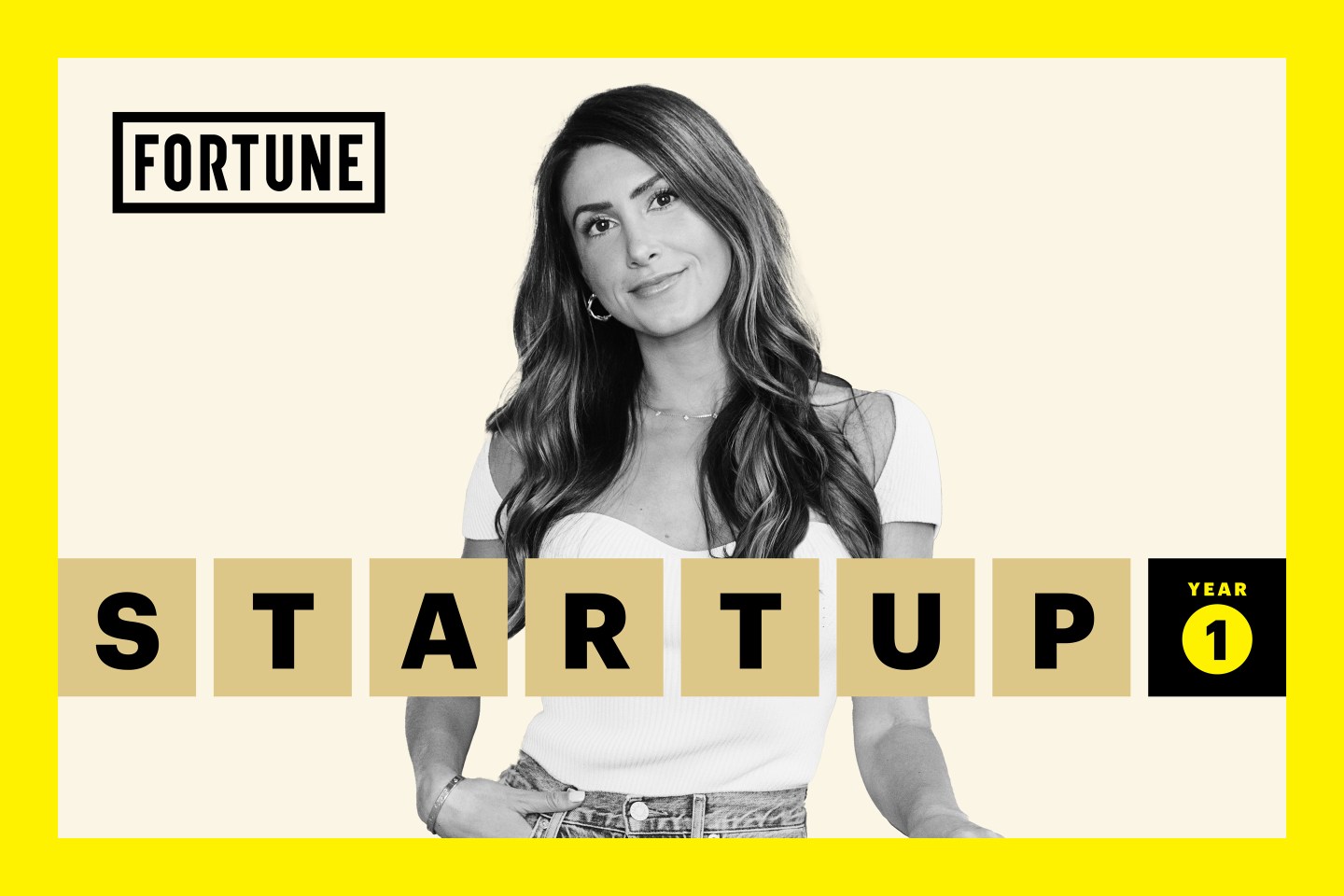 Roxana Saidi, founder and CEO of Tache
Courtesy of Tache

For Roxana Saidi, a first generation Iranian-American, pistachios have always been incredibly meaningful. With a rich cultural significance in the Middle East, where pistachios have been grown for thousands of years, the popular green nut is also harvested widely in California, where Saidi was born.

What started as a passion project quickly began to fill an enormous gap in the market as Saidi strives to carve out another category in the burgeoning alternative non-dairy milk industry. Founded in November 2020, Táche is touted to be the first true pistachio milk sold in the United States. Since launching, Táche has sold more than 1 million units, is available in more than 2,000 retailers and cafés across the United States, and is about to expand its product offering for the first time with the upcoming launch of vanilla and unsweetened vanilla flavors.

Saidi recently shared more with Fortune about the alternative milk (or “mylk“) industry and an expansion to Táche’s product line coming soon.

The following interview has been condensed and lightly edited for clarity.

Can you share a bit about your professional background prior to launching this company? What inspired you to launch Táche?

My background is in marketing and public relations. I had a passion for building brands long before I started Táche. Back when I founded one of the first of its kind social media agencies, it was still considered a risk for brands to invest in social media as a marketing tool. Building Rx Social gave me the opportunity to work with clients like Fairmont Hotels, Fred Segal, Biologique Recherche, and Revolve Clothing among others both strategically and creatively. We led the strategy and execution of campaigns that other brands weren’t even considering yet. As social media exploded and the agency grew, I felt more and more attuned to the gut instinct of knowing when you’ve come upon a good idea that works.

While founding and growing my social media agency in the early 2010s, my home state of California was experiencing the worst drought on record. Coincidentally, this was also during the rise of almond milk. I was thrilled to see a non-dairy milk alternative that wasn’t derived from soy or rice on the market, but I was crushed when I learned just how much water it takes to produce. In 2015, I had the proverbial lightbulb moment at a family lunch in Paris. As an Iranian-American, my family has always had bowls of pistachios throughout the house. In need of an espresso at the end of a two-hour lunch, it dawned on me that I could take my favorite nut and create an even better non-dairy milk alternative that had a smaller water footprint than almonds. Upon returning to New York City, I immediately started testing recipes in my kitchen.

Fast forward a couple of years and oat milk explodes onto the scene, offering a more sustainable solution to the leading nut milks on the market. However, oat milk contains added rapeseed or canola oil, which can wreak havoc on your body. That was when I knew that there was an empty space in the category just waiting for pistachio milk. I knew I wanted a dairy-free milk option that didn’t require sacrificing taste, the planet, or my health, and that’s exactly what we’re doing at Táche.

Unlike other milk alternatives, Táche’s velvety texture doesn’t contain any added oils and foams well when steamed.
Courtesy of Táche

Not all nut-based or non-dairy milks are alike as they can vary widely in creaminess and texture, therefore affecting how they can be used for other purposes, whether it be for coffee and tea or cooking and baking. What was your recipe research and development process like? And how should Táche be best consumed—on its own, as a creamer, or for other culinary pursuits?

Building this company was the culmination of five years of development and trial. We wanted to strike the delicate balance where the pistachio flavor was distinct and delectable, yet, would complement and not overpower what it was being paired with. In the early days, I employed a simple one-question survey that asked, “Would you drink this on its own for pure pleasure, in addition to other items?” I collected over 750 responses and over 95% responded “yes.” These findings were part of what galvanized me to launch Táche.

Sourcing the highest quality pistachios in the world was also a very important element in the R&D process. The nuts impart a slightly nutty, slightly sweet taste, and the rest of our ingredients are simple and limited; there are no added oils and it’s light on calories, carbs, and sugar. Our original and unsweetened original flavors, which we launched with, were designed specifically to complement warm beverages like coffee and matcha. That product was created with baristas in mind. In fact, a part of the business development process included deeply aligning ourselves with the coffee community and culture, because not only did it link back to my own interests, but we knew that they would put just as much care into their craft as we do in ours.

Our newest products, vanilla and unsweetened vanilla, are equally as versatile as the original. Táche is completely vegan, so it makes for an exceptionally great milk alternative for baking and savory recipes, as well. You can enjoy it in every way that you would any other milk, and we really do mean you’d genuinely enjoy it as an alternative, and more. You can add it to your smoothie or add a touch to vegan mashed potatoes or pasta recipes. And we can say with full confidence that Táche is delicious enough to drink straight from the carton, which is highly unique for this category.

The alternative milk industry has never been more popular with consumers and investors alike, but there has been some backlash about what constitutes “milk.” How do you view the trajectory of this market, especially in light of recent economic change agents, like inflation and supply chain issues?

The appetite for plant-based eating is voracious and forecasted to hit $52 billion by 2028. While inflation and supply chain issues are certainly present and will have some effect on our industry, we hold the belief that our industry is going to continue to grow year-over-year, despite these challenges. Each year the market experiences increased consumer demand in two areas: health and sustainability. Táche is one of the rare options that ticks both of those boxes in the alternative dairy category.

This month, Táche is adding vanilla and unsweetened vanilla to its product portfolio.
Courtesy of Táche

How is the company funded? Is it self-funded or have you reached out to investors? What has the financing process been like?

When it comes to raising capital I’m fortunate in that I grew up in an environment where it was discussed on a daily basis. I grew up in San Francisco and Menlo Park, a stone’s throw from Sand Hill Road, where many of my father’s (and now cofounder) Silicon Valley venture capital firms were located. The lexicon throughout my adolescence and early adulthood was “round,” “fundraise,” and “valuation.” So much so, in the sixth grade my class presentation with respect to “what we wanted to be when we grow up” was a venture capitalist.

Currently, we’re intentionally backed primarily by strategic individuals and family offices. We bootstrapped the business through our R&D phase from 2015-2020, starting our pre-seed raise just two weeks before the pandemic began. We’ve raised two rounds of funding to date, bringing some well-known investors like former CPG founders to distribution partners to personalities in the wellness and culinary worlds.

Looking forward over the next five years, how do you want to grow Táche? Do you plan to expand the core product lineup?

Looking around the grocery aisles for pistachio products, you’ll notice there aren’t many categories. In a typical market you’ll see pistachios in roasted or raw form, as ice cream, and now pistachio milk, but not much else. This is because most brands don’t have the supply chain in place. As the only pistachio milk in North America that doesn’t use other filler nuts or rice, we do have the supply chain in place to make attainably priced yet premium pistachio products across categories in both food and beverage.

We often say, “Táche is not a pistachio milk company; we’re a pistachio company.” We’ve just begun to scratch the surface of bringing pistachio-based products to a wider audience in North America. Our mission is for Táche to become synonymous with healthy, innovative pistachio products across the supermarket, from the refrigerated perimeter to the pantry aisle. The pistachio possibilities are truly endless.

This is an installment of Startup Year One, a special series of interviews with founders about the major lessons they have learned in the immediate aftermath of their businesses’ first year of operation.