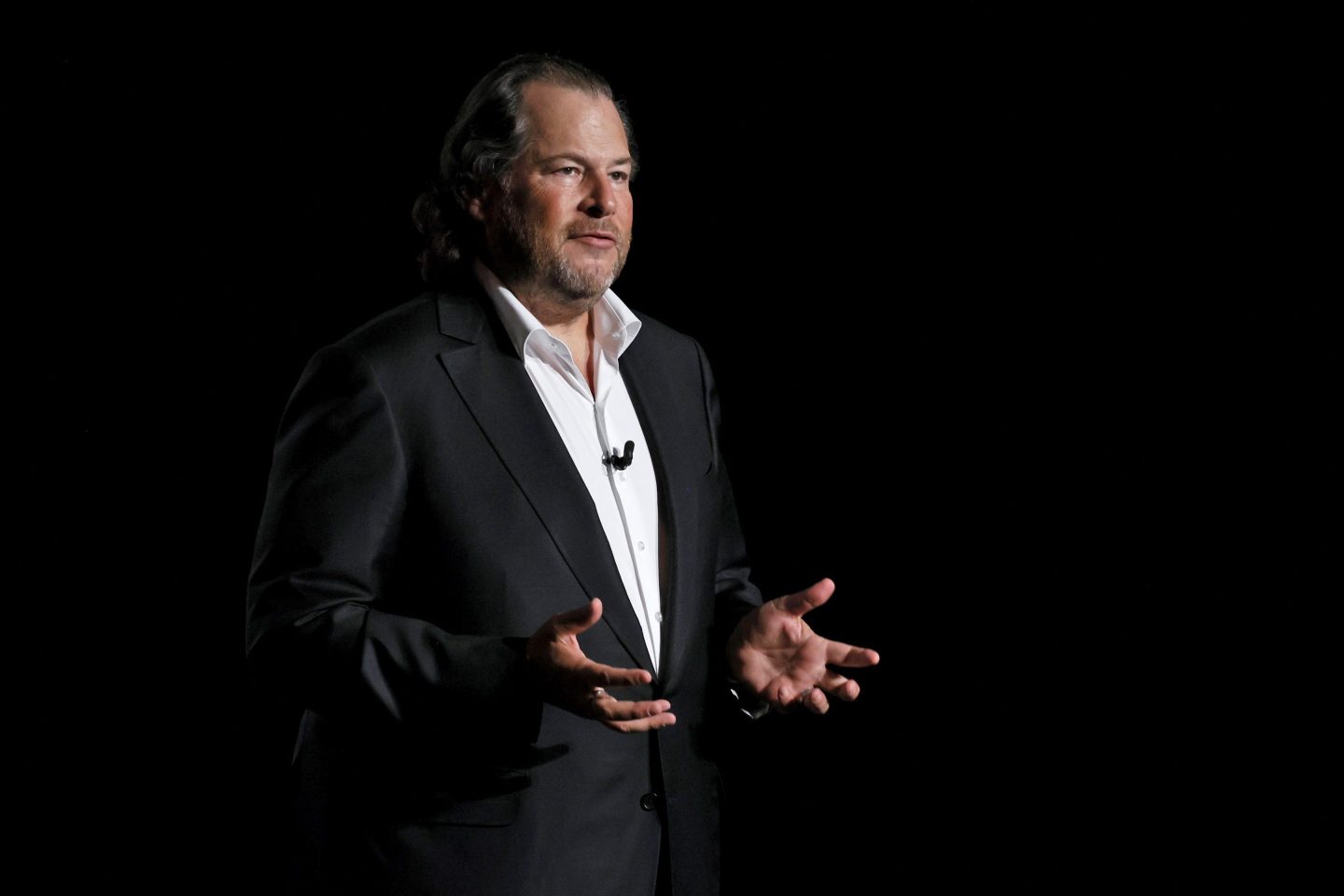 “Office mandates are never going to work,” he said at Salesforce’s World Tour event in New York on Thursday, according to Yahoo Finance.

His perspective echoes Salesforce’s standing policy that lets employees decide where they want to work. He and co-CEO Bret Taylor consider their company’s flexibility a recruiting tool; top talent can work from anywhere, Taylor said last month, so long as teams are in the same time zone.

Of course, Slack, a division of Salesforce, benefits from remote workers who use the communications platform while working from home. It will be rolling out a slate of updates to better foster long-term remote work such as screen sharing and improved video calls, Benioff and Taylor reportedly told event attendees.

These comments come as numerous executives, like Elon Musk, double down on their return-to-office commitments despite consistent resistance from large swaths of their workforces.

“Remote work is no longer acceptable,” Musk wrote in a leaked email to employees earlier this month. “Anyone who wishes to do remote work must be in the office for a minimum (and I mean *minimum*) of 40 hours per week or depart Tesla.”

Much of Wall Street is taking the same position. Jamie Dimon and David Solomon, CEOs of JPMorgan Chase and Goldman Sachs, respectively, have made clear their intentions to return to a fully in-person work model.

It’s not just Dimon’s employees and Benioff waging a war against in-office mandates. Other executives are taking an opposing stance, too. “Working remotely has been proven to improve people’s quality of life—and teams’ productivity,” Paul McKinlay, head of remote for printing company Cimpress, told Fortune.

Benioff seems to think that Musk and crew are fighting a losing battle, and the data backs him up. An October 2021 Gallup poll found that workers with more flexible schedules are more productive, more loyal, and more bonded with their coworkers.

Lack of such flexibility could mean greater turnover.

“People have spent more than two years proving they can be productive working from home,” Brian Elliott, executive leader of Slack’s Future Forum, told Fortune. “As companies mandate employees back into the office five days a week, we’ve seen workers’ stress levels skyrocket and work-life balance plummet. People who are dissatisfied with their level of flexibility at work are three times more likely to be looking for a new job.”