COVID vaccinations start for little U.S. kids: ‘He’s never really played with another kid inside before’ 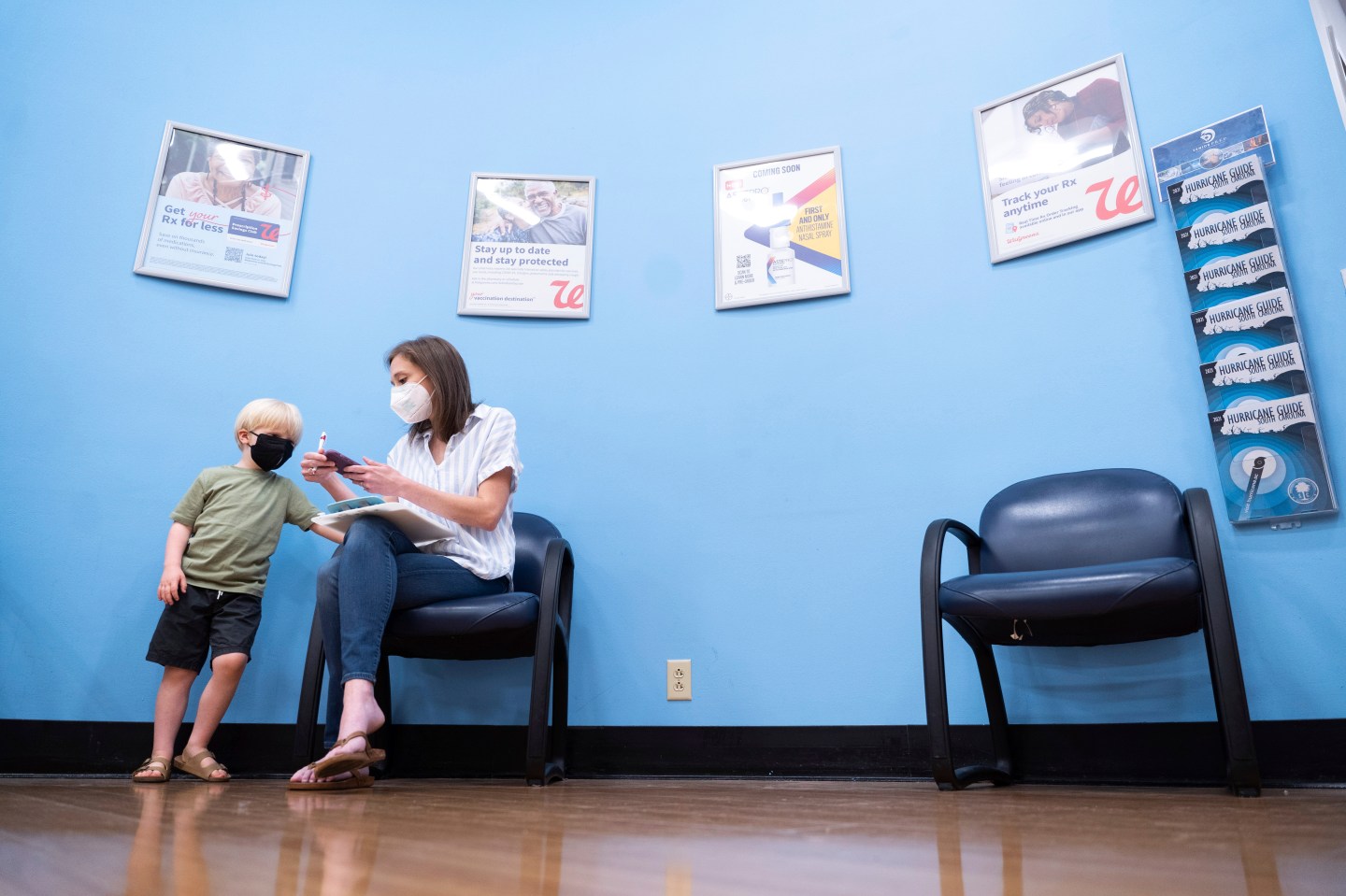 Three year-old Fletcher Pack watches as his mother, McKenzie Pack, fills out paperwork prior to receiving the Moderna COVID-19 vaccination at Walgreens pharmacy Monday, June 20 in Lexington, S.C. Today marked the first day COVID-19 vaccinations were made available to children under 5 in the United States.
Sean Rayford—Associated Press

For the 3-year-old from Lexington, South Carolina, the answer was yes.

The nation’s infants, toddlers and preschoolers are finally getting their chance at COVID-19 vaccination as the U.S. rolls out shots for tots this week. Shipments arrived in some locations over the weekend and some spots, including a Walgreens in South Carolina and another in New York City, opened up appointments for Monday.

Fletcher’s mother said that once her son is fully vaccinated, he can finally go bowling and visit the nearby children’s museum.

“He’s never really played with another kid inside before,” McKenzie Pack said. “This will be a really big change for our family.”

She began seeking an appointment last week as U.S. regulators took steps to OK the vaccines for kids 6 months to 5 years old.

“It’s just relief,” said Pack. “With this vaccine, that’ll be his best shot at going back to normal and having a normal childhood.”

The Food and Drug Administration greenlighted the Moderna and Pfizer kid shot s on Friday and the Centers for Disease Control and Prevention recommended them Saturday. In the U.S., COVID-19 vaccines were first tested and given in late 2020 to health care workers and older adults. Teens and school-age kids were added last year.

“This is certainly an exciting moment in what has become a very long campaign to vaccinate people against COVID-19,”said Dr. Matthew Harris, an emergency room pediatrician at Northwell Cohen Children’s Medical Center in New York.

Many parents have been anxiously awaiting the rollout, and Harris said shots for his own 9-month-old are a “matter of when, not if.’’

Roughly 18 million youngsters under 5 are eligible.

“We’re two-plus years into this pandemic and there’s things that my 4-year-old has never been able to do,’’ Langlois said.

The family skipped a trip to Disneyland and a popular Michigan vacation island because the ferry ride to Mackinac Island would mean mingling with unmasked passengers.

President Joe Biden, public health authorities and pediatricians hailed the moment. But they also acknowledged that getting some parents on board may be a challenge given disappointing vaccination rates — about 30% — in school-age kids.

The American Academy of Pediatrics and American Medical Association were among physician groups that encouraged doctors and families to get young children vaccinated.

The CDC advises vaccination even for those who already had COVID-19 to protect against reinfection, and says it is OK to get other vaccines at the same time. For the littlest kids, there’s Pfizer’s three-shot series or Moderna’s two shots.

His approach will be to tell parents “if they were my kids, I would vaccinate them.”

“Because the virus is still around. A lot of people are still dying because of coronavirus Kids do get infected and some kids get severely affected and nobody wants to see a child very sick.”

Some hospitals planned vaccination events later this week. Chicago is among locations that offer COVID-19 shots in people’s homes and planned to open registration this week for home appointments for infants and other young children, said Maribel Chavez-Torres, a deputy commission for the city’s Department of Public Health.

Dr. Pam Zeitland, director of pediatric medicine at National Jewish Health in Denver, recommends parents get their kids vaccinated as soon as possible.

“Some parents are afraid that the younger the child, the more vulnerable they might be to vaccine side effects,’’ Zeitland said, but that’s not what Pfizer and Moderna studies found. Side effects were similar to what is seen with other childhood vaccines — fever, irritability and fatigue.