EXCLUSIVE: Sheryl Sandberg, prompted by Roe v Wade, says why she decided to step down from Facebook after historic tenure 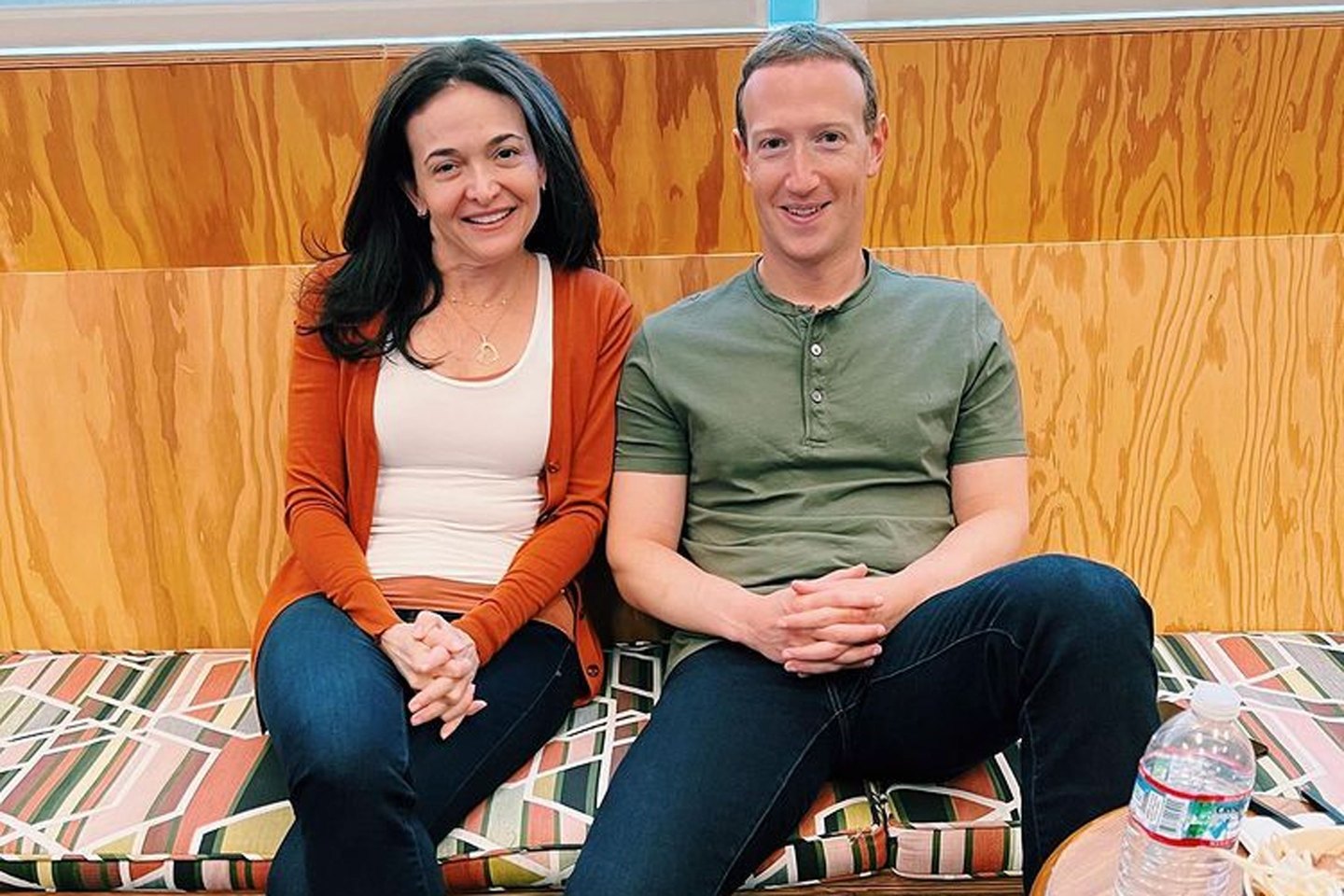 "Feeling like old times in the office..." The most recent photo of Sandberg and Zuckerburg posted on Sandberg's wishing him a "Happy early birthday".
Courtesy of Meta

Sheryl Sandberg made her decision to leave Meta Platforms over the weekend, ending a 14-year-stint as one of the world’s most high-profile female executives and signaling a renewed effort to focus on advocacy at a time when women’s reproductive rights are under assault.

The 52 year-old executive, whose 2013 best selling book “Lean In” strongly advocated for women and how they can play bigger roles in leadership, told Fortune in an interview that the Meta job left little time for some of her other priorities at a crucial moment in history.

“It’s just not a job that leaves room for a lot of other stuff in your life. This is a really important moment for women. This is a really important moment for me to be able to do more with my philanthropy, with my foundation” Sandberg said. And the likely overturning of Roe v Wade by the U.S. Supreme Court has added some urgency to advocating for women.

Sandberg, who has played a central role in turning the social media company from a startup to one of the dominant players in the digital advertising industry, made a surprise announcement on Wednesday that she is stepping down from the social media company’s leadership team in the fall. Sandberg, who as Chief Operating Officer was Facebook founder Mark Zuckerberg’s second-in-command for years, will be succeeded by Javier Olivan in the fall, but will remain on the board of the company that owns Facebook, Instagram and WhatsApp.

Sandberg joined Meta in 2008 and was often the “grown-up” face of a company, known as Facebook until 2021, that last year brought in nearly $120 billion in revenue. Along the way, she has had to do damage control around privacy and content moderation controversies related to the spread of misinformation on the Facebook site. More recently, she had to fight allegations in a news report that she had pressured British newspaper Daily Mail to quash stories about her former boyfriend, Bobby Kotick, CEO of Activision Blizzard. A Meta spokesperson says the Kotick matter has since been closed, and did not impact the timing of Sandberg’s departure.

Asked how Zuckerberg took the news of her upcoming exit from the COO role, Sandberg said, “He was what he always is, is really supportive, really supportive.” She called her time working with Zuckerberg “the honor and privilege of a lifetime.” “Mark and I are so close and have known each other for so long,” she added. Sandberg said she made the decision to step down over the long, Memorial Day weekend and told Zuckerberg soon after. (She made her announcement public on Wednesday to comply with U.S. Securities and Exchange Commission rules that give companies four days to announce a major change in the c-suite.)

Sandberg came to then-startup Facebook in 2008 from Google to help professionalize the company and expand into areas like advertising, which last quarter brought in $27 billion on sales, freeing up Zuckerberg to dream up products. The company became Meta last year to stake a flag in the nascent metaverse world. (It is changing its stock ticker to META from FB next week, the company announced on Tuesday.) Meta’s food platforms have a combined 1 billion users now.

The idea was to stay five years, Sandberg said, when recalling conversations with her late husband prior to joining Facebook. When asked why step down now, at a time Meta is getting a lot of criticism and scrutiny from lawmakers and its advertising business is battling privacy headwinds, she said: “There’s never one perfect moment. You know, there’s no end or beginning of the ads business. There’s no clean. There’s no, you know, distinct or definitive chapters on the metaverse.”

Sandberg said she had no plans on becoming a CEO somewhere else. “I’m really focused on what I’m going to do. Next, philanthropically and I am staying on the board and I have a leader of the of the philanthropy now,” she said.

Her Lean In foundation has started 60,000 circles which consist of groups of women helping each other reach personal and professional goals. Sandberg also won a lot of praise for her thoughtful writing about grief following the death of her husband Dave Goldberg in 2015.

Even as she focuses more on her philanthropy, Sandberg won’t be too far from the company, at the ready toprovide her counsel. “My transition is going to be long. I’m not leaving until the fall and I’m staying on the board,” she said.