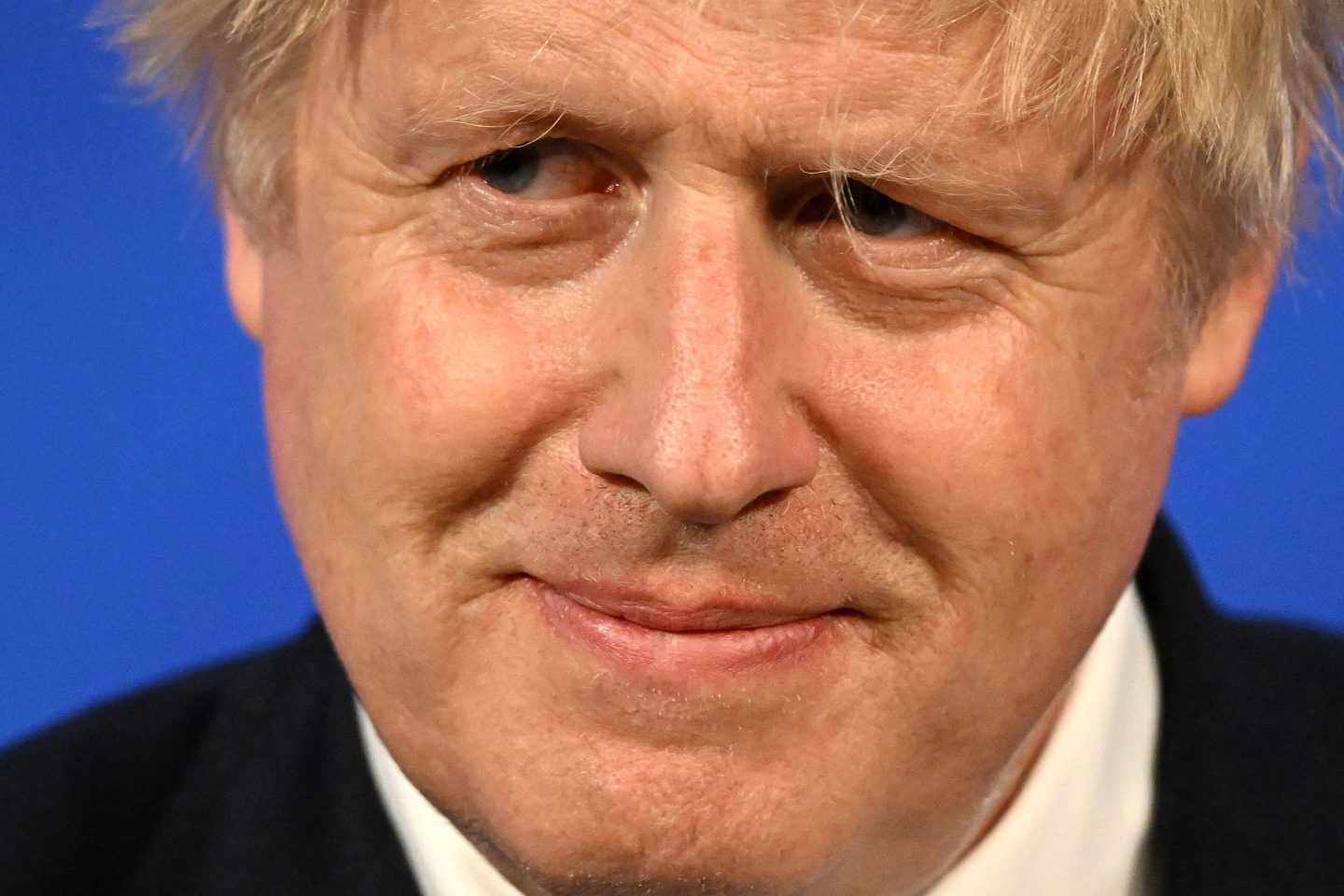 U.K. Prime Minister Boris Johnson has rejected calls for him to resign after an inquiry found that he presided over a culture of lockdown-breaking parties that featured drunken fighting among staff. Johnson is among dozens of people in Downing Street who have received police fines for breaching COVID regulations, making Number 10 the most penalized address in the country.
LEON NEAL - POOL - AFP - Getty Images

For centuries, Great Britain’s body politic has been held together by what historian, Peter Hennessy calls “the good chaps” theory of government.

The U.K. has long prided itself on the absence of a written constitution. Instead, we bumbled along in quintessentially British fashion with our unwritten code of convention–one that relies on the decency, morality, and self-restraint of those within its jurisdiction to keep political propriety in check.

And until now, it had more or less worked.

Enter Boris Johnson. A man who, in under two and a half years, has taken a sledgehammer to so much, slashing the value of what it means to be British. A man who signs international treaties with his fingers crossed behind his back with no regard for the consequences.

One such treaty is the U.K.’s Withdrawal Agreement from the EU, which included the delicate details of the Northern Ireland Protocol. The protocol was designed to protect the Good Friday Agreement by avoiding a land border on the island of Ireland. But it now transpires that Johnson deliberately overlooked the details in his quest to offer up the “oven-ready deal” that saw him win a landslide election in 2019.

In 2018, then-prime minister Theresa May said, “No U.K. PM could agree to the Brexit withdrawal text on Northern Ireland.” But Johnson is unlike any other PM.

With every week comes a new scandal. In April, we saw our prime minister fined for his COVID law-breaking, cementing his place in the hall of fame as the first-ever British PM to have officially broken the law.

Fast-forward to this week, and the British public has been confronted with newly released pictures of Johnson raising a toast at a No.10 party during the height of our second lockdown in November 2020. The law at the time forbade the mixing of more than two people indoors.

People died alone, funerals went ahead unattended, and elderly loved ones were abandoned–all in the name of following the lockdown laws that were announced by Johnson. Yet here he was, enjoying a “right royal knees up” at one of many lockdown parties that forced the investigation of the Metropolitan Police and subsequently led to No.10 being the most fined building in the entire country when it came to breaking COVID lockdown laws.

Back when good chaps were in charge, it would never have got this far.

Decency would have driven a leader to bow out after the very first COVID fine, so would lying to the Queen to prorogue parliament, or accepting Tory donor cash to refurbish his No.10 apartment.

Morality would have seen him step down after his absence of leadership landed our country, a small island, with one of the worst COVID death tolls in the world.

Self-restraint would have seen him concede that Brexit has been an unmitigated disaster: It slashed four percent off the U.K.’s GDP (twice the damage done by COVID so far at two percent), decimated entire industries from fishing to hospitality, and jeopardized peace in Northern Ireland after decades free from bloodshed.

But Boris Johnson will not resign despite polls showing 59% of Brits think he should. Instead, he is doubling down.

He has created a cult of conservative MPs so blindly loyal, that even the idea of a vote of no confidence to oust him is an act of sacrilege.

He was “clearly not partying” as Johnson had “lost his mum during the period,” Transport Minister Grant Shapps said in the prime minister’s defense in a television interview on Tuesday. But Johnson’s mother died suddenly 10 months after the party in question had taken place.

On Sunday we had Education Minister Nadhim Zahawi repeatedly stating on prime time TV how Johnson “does not, did not, would never intervene” in the report that exposes the extent of COVID law-breaking at N.10–only for Monday’s headlines to confirm that Johnson had gone as far as to attempt to persuade the civil servant investigating the wrongdoing to drop the release of her report.

Earlier this month, Deputy Prime Minister Dominic Raab blamed the “intransigent” EU for “not showing flexibility” over the Northern Ireland Protocol–the same protocol that Johnson negotiated, signed, celebrated, and won an election on the back of.

“Yes, I agreed it,” Johnson admitted in a TV interview. “I hoped and believed that our friends would not necessarily want to apply the protocol in quite the way that they have.”

So, we’re stuck with him. And he seems to be happy to gamble away a trade deal with the U.S., risk starting a trade war with the EU, and even more sinister, compromise decades of peace in Northern Ireland.