How designers can be better managers 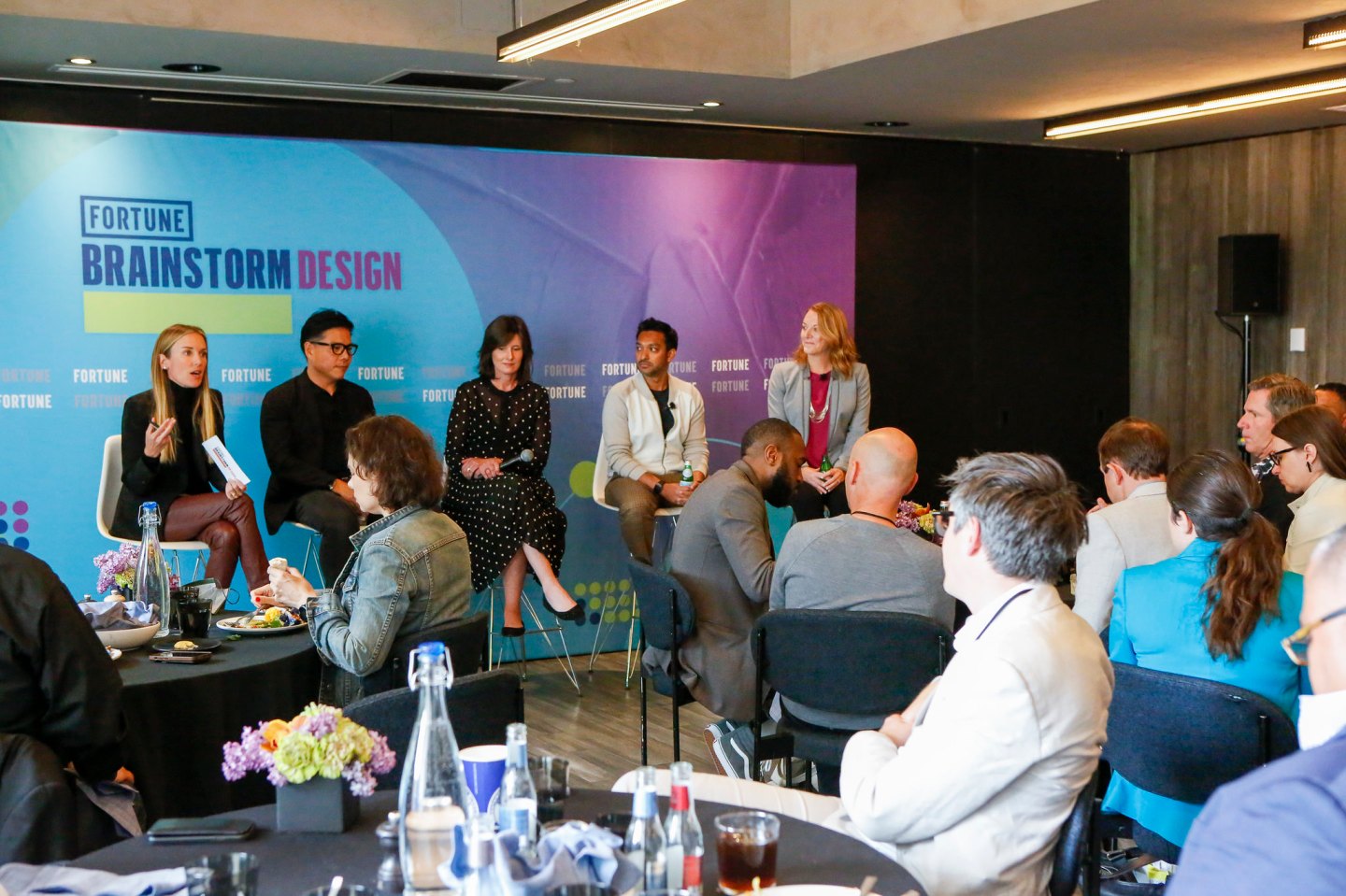 Designers historically have occupied very specific roles in their organizations, focused on optimizing processes and the integration of functions. But as more and more companies put a design chief in their C-suites, including at giants like Walmart and Procter & Gamble, designers are filling broader and wider-ranging roles, forcing a shift in perspective.

“Design leaders once were specialists, and then we got our seat at the table, and now, we’re being increasingly recognized as cross-functional problem solvers,” said Kate Aronowitz, lead operations partner at Alphabet’s venture capital arm GV and cochair of Fortune Brainstorm Design, at the conference on Tuesday. That creates tensions in how they carry out their functions, she added, forcing them to tap skills they might not have already had.

Executives in conversation with Aronowitz said that the current economic and political climate is creating the need for design to be better integrated with the rest of management.

“Design has this incredible opportunity to make a massive change for people who are suffering like that, day in and day out,” said Valerie Casey, Walmart’s chief design officer. “You’re just seeing people suffer so much now, with everything that’s happening—with the economy, with COVID, with just the fear, with social reckoning, with fear of disease, with divisiveness, political divisiveness.” That means design cannot be an afterthought and must be central to how an organization operates, not a “nice-to-have.”

The need for innovation and new thinking is increasing the push for more creative, artistic people in the country’s C-suites, at least as much as there is a need for executives with operational and strategic chops, one panelist said.

“I have a growing belief that the designers, the creators, and the artists are the ones who need to be in positions of leadership, and they’re not there yet,” said Aziz Hasan, a design executive and illustrator, and former CEO of Kickstarter. “These are the people who are going to reimagine what the world looks like.” Still, he warned, he had to go acquire complementary skills. “I’ll tell you, as a designer who stepped into a role like CEO, I didn’t have the tool set,” he added.

At the same time, design teams can be far-flung, and a major challenge is cultivating cohesion and a feeling of team membership. Heather Winkle, the head of experience design at Capital One, said her company’s design team has grown to 700 people from 40 seven years ago, and by the time the pandemic hit, that dispersion had made it very used to remote work. In fact, her team was advising other parts of the bank on how to do it.

But a new challenge emerged from the pandemic: Winkle noted that, by the time the pandemic had begun to ease, about one-third of those people had joined the company after COVID-19 started and had never set foot in a Capital One facility or taken part in onboarding and in-person team building. “How do we create that connection? How do we intentionally think through when and where and how people will connect, in ways that build up and create mentorship relationships, or just have conversations?” she asked.

Executives with a design background must be wary of not getting too attached to what they’re used to using in their work if they take on a broader role. “We fall in love with our frameworks, design thinking, and all these things. And at the end of the day, they’re tools, right? They’re not the actual outcome. But we fall so much in love with the tools that we try to persuade the company [to use them broadly],” said Gene Lee, vice president of experience design at Autodesk. “Focus on the outcome and the customers and the business.”

Still, the conference delegates, primarily designers, were urged to hang on to their passion for design even as they take bigger roles at companies and may have less time for it. “Always be designing,” Walmart’s Casey advised.