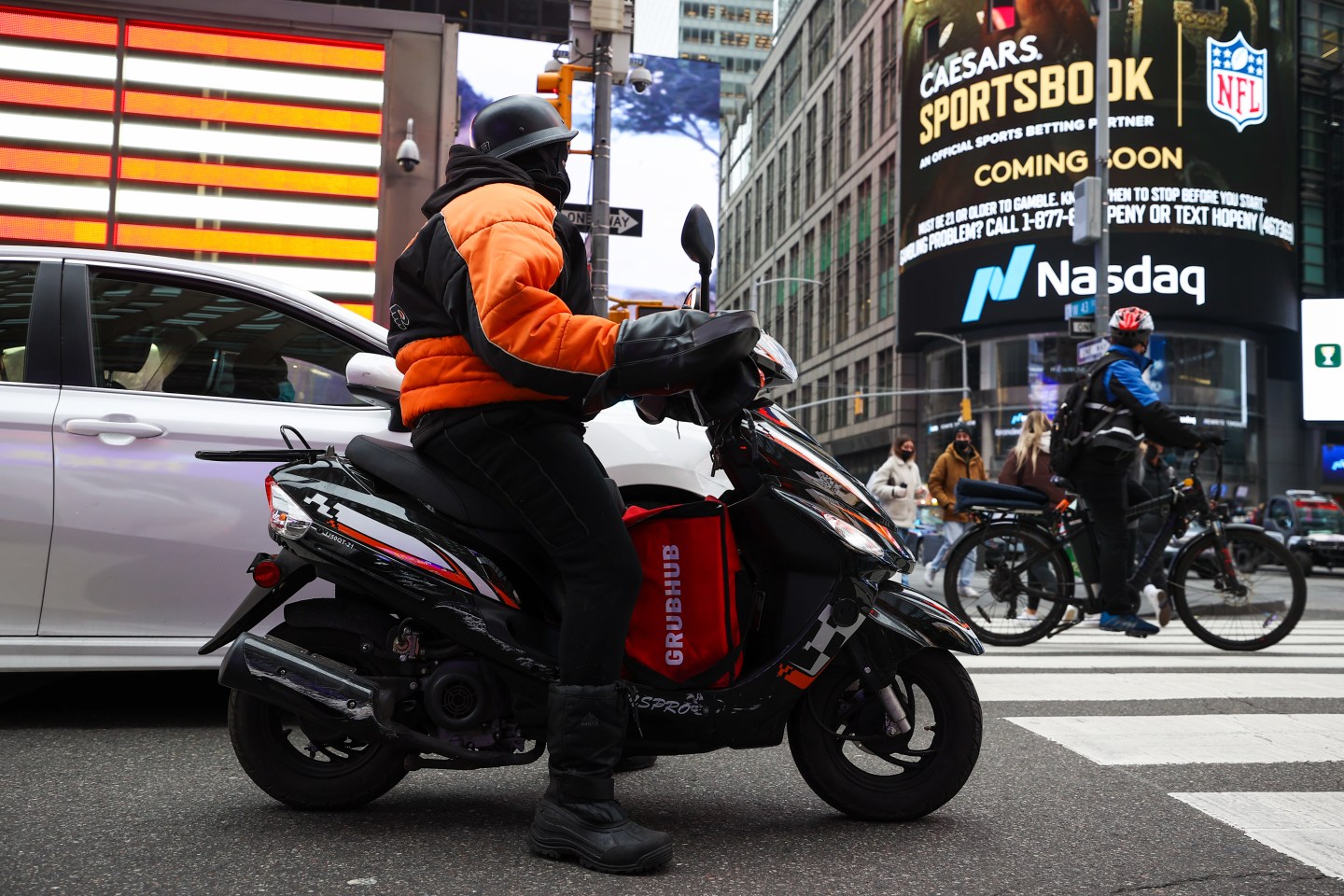 Grubhub has countless hungry New Yorkers to answer to after its ambitious ploy to give the city a free lunch backfired.

The delivery app launched a promotion on Tuesday offering users in New York City a free lunch up to the value of $15 between 11 a.m. and 2 p.m.

However, the surge in demand left restaurants overwhelmed, with the app reportedly receiving thousands of orders per minute, meaning countless orders were delivered hours late or never arrived at all.

Grubhub told BuzzFeed News that it had been averaging 6,000 orders a minute during the three-hour window.

Furious customers took to social media to vent their frustration, with many saying their food was never delivered or arrived hours after they placed their order. Others said they couldn’t access the promotion because inundated eateries had switched off their service on the platform.

A spokesperson for Grubhub told Fortune on Wednesday that during the promotion, there had been “an initial, temporary backlog due to an abundance of preorders and overwhelming demand at the beginning,” but the company said the issue was quickly fixed.

“To help businesses prepare for yesterday’s promotion, we gave advance notice to all restaurants in our network, which included multiple forms of communication,” the spokesperson said. “Additionally, we increased driver incentives to help support demand.”

Grubhub told Fortune that more than 450,000 orders connected to the promotion were fulfilled on Tuesday.

“While, unfortunately, some restaurants did experience a strain—which we will continue to optimize to help mitigate in the future—thousands of restaurants benefited from this lunchtime boost,” the spokesperson said.

However, claims have been swirling that Grubhub failed to tell food outlets about the promo in advance, and that there were not enough delivery drivers on the road to pick up the orders.

A manager at Ukrainian restaurant Veselka in New York’s East Village told the Daily Mail that Grubhub didn’t give them a heads-up about the promotion.

“We could have tried to plan accordingly,” the manager said. “We had the orders ready to go but there were not enough delivery drivers.”

As calls from frustrated customers began to pile up, Veselka stopped taking orders from the app.

Other restaurants across the city told BuzzFeed that they weren’t made aware of the promotion before it started.

Restaurant workers also took to Twitter to explain how they were so swamped it was difficult for them to meet the demand generated by Grubhub’s marketing campaign.

One user, who claimed to be working front of house at a Brooklyn restaurant, said his workplace had more than 30 cold orders waiting to be picked up, adding that “our phones are off the hook with angry customers.”

Another, who said she was the manager of a lunch spot in Manhattan, said her restaurant had been forced to turn off ordering through the app because “Grubhub did not have enough drivers on the road to handle the volume of orders.”

Despite those claims, Grubhub said in a tweet that it had given restaurants warning that the promo was going ahead and its delivery drivers received “increased incentives” to work during the three-hour slot.