Can a biomarker predict SIDS in newborns? A breakthrough study identifies a potential factor in mysterious infant deaths 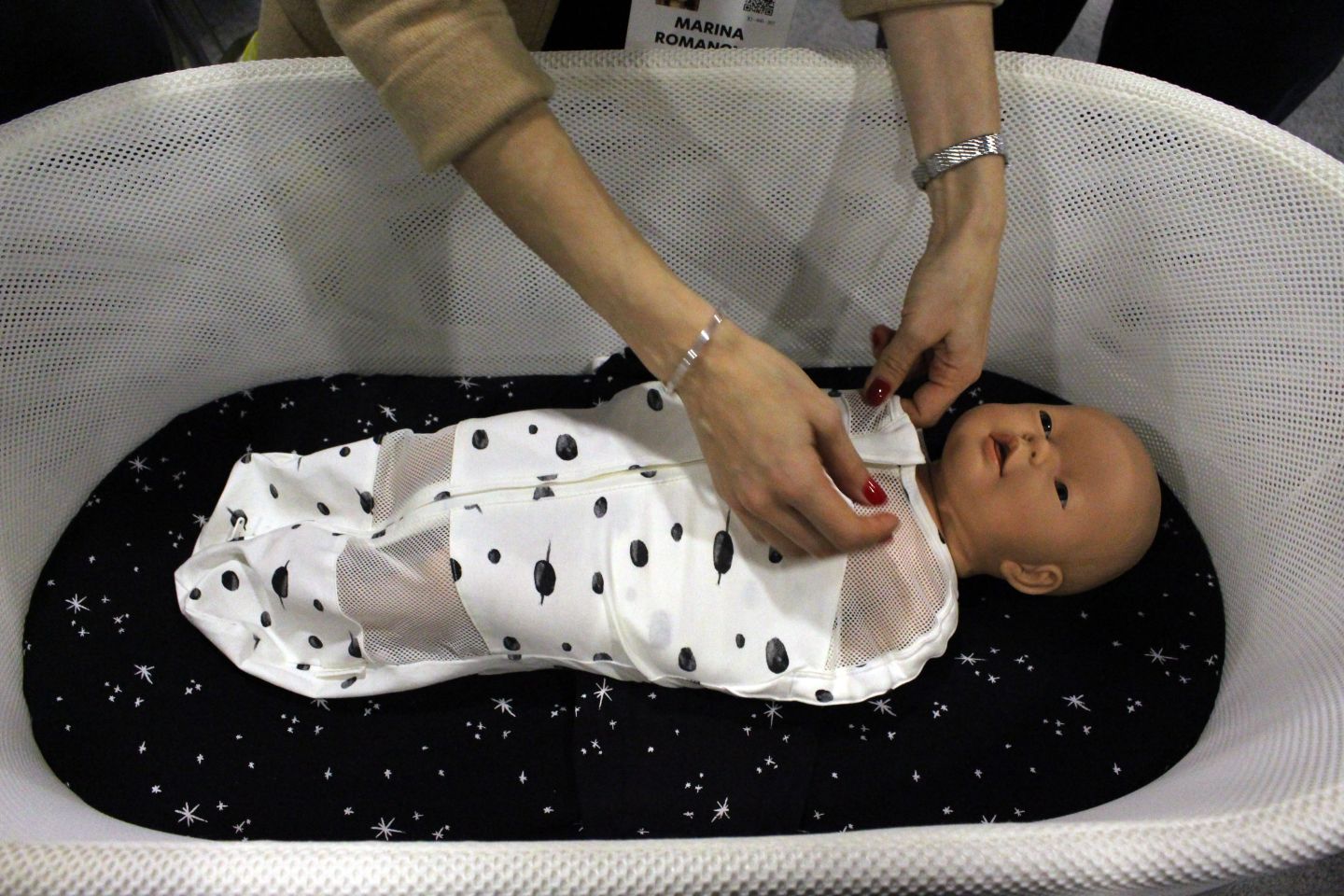 A Snoo robotic crib is on display at the Consumer Electronics Show in Las Vegas on Jan. 9, 2020. The crib was designed by Yves Behar and aims at comforting crying babies and reportedly guards against sudden infant death syndrome.
Glenn CHAPMAN, AFP via Getty Images

SIDS is one the leading causes of deaths among infants, ranking among birth defects and premature births, according to the U.S. Centers for Disease Control. Could a biomarker present at birth predict babies at high risk?

Quite possibly, says a team of Australian scientists in a new, crowdfunded study published this month in British medical journal The Lancet.

Scientists based in Australia found that levels of the enzyme butyrylcholinesterase was “significantly lower” in the days immediately following birth in babies who later died of Sudden Infant Death Syndrome, when compared to babies who would survive and babies who would die of other causes.

By examining blood samples taken from a hundreds of newborns two or three days after birth, the study concludes that levels of the enzyme could help predict those who are at risk for the mysterious syndrome, thought to be multifactorial.

What may make infants with lower levels of the enzyme more vulnerable to SIDS—also known as “crib death,” as it seems to occur when babies are asleep—is the resulting autonomic cholinergic dysfunction, or issues with unconscious nervous system functions that regulate attention, sleep, arousal, cognition, and other brain functions.

The study is the first to identify a biochemical marker from infants who would later die of SIDS in blood samples obtained before death, the authors state. Levels of the enzyme were not obtained post-mortem, they add.

“Despite evaluating over 600 control samples, we do not know how common this abnormality is in the wider population, although this will become clearer with future testing of greater numbers,” the authors wrote, adding that low levels of the enzyme may play role in some, but not all, SIDS deaths.

Recent research points to the enzyme playing a potential role in neurologic conditions like Alzheimer’s disease and multiple sclerosis, according to multiple studies.

SIDS is a diagnosis of exclusion, meaning that deaths are labeled as such only when no other cause of death can be identified. According to Boston Children’s Hospital, babies at risk include those who:

The combination of three risk factors may lead to SIDS deaths, according to the widely accepted triple-risk model:

A low level of butyrylcholinesterase may lead to the “vulnerable” status required for a SIDS death, per the triple-risk model—at least in some infants, the authors assert. Arrhythmias are also thought to be a potential “vulnerable status” factor in some SIDS deaths.