Is your metaverse crashing? Try the heartland 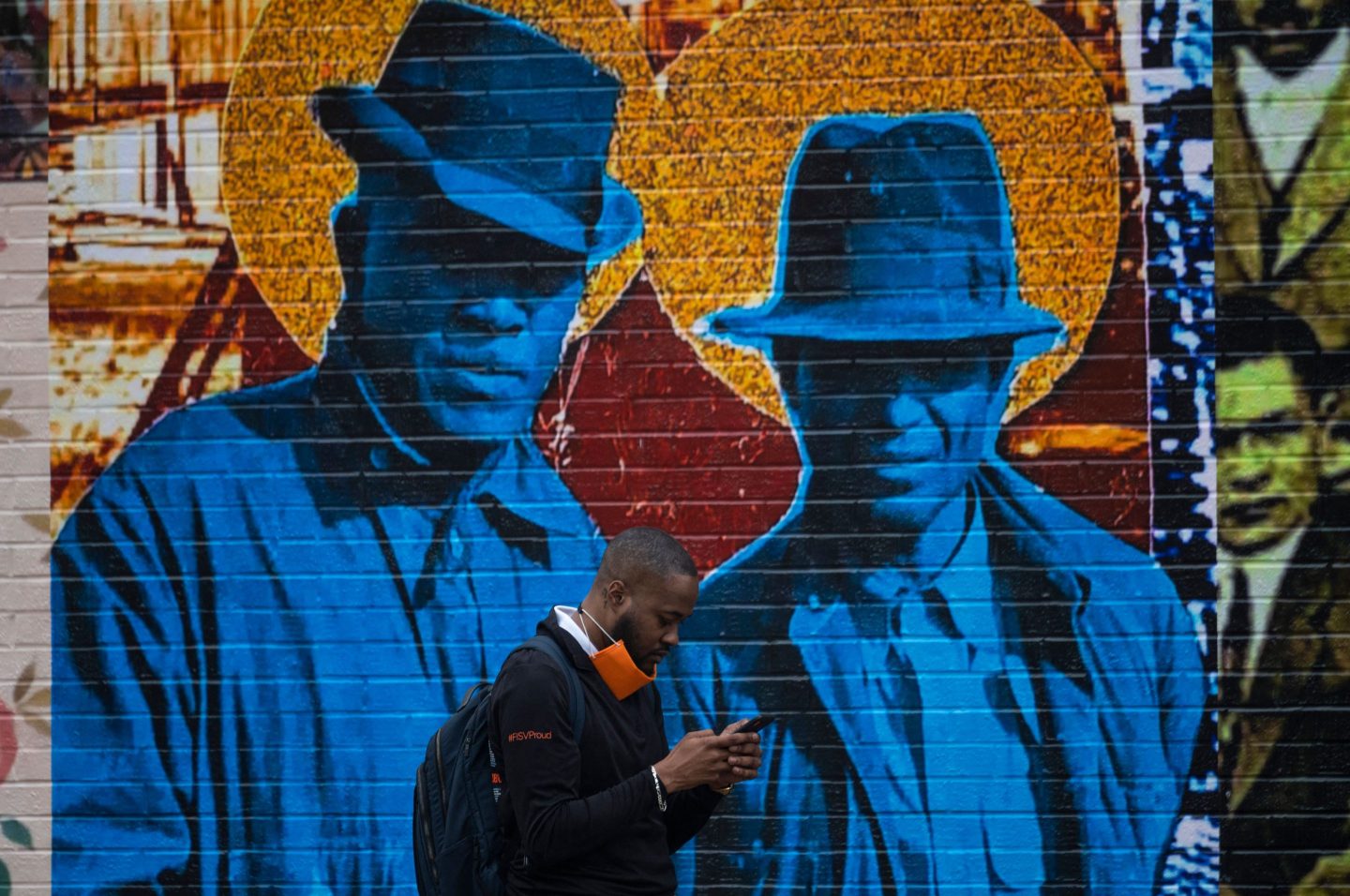 A man checks his phone next to a mural in the Greenwood district on the 100th anniversary of the 1921 Tulsa Massacre in June 2021.
Andrew Caballero-Reynolds— AFP/Getty Images

Only toddlers, maniacs, or machines think in binaries, but ours, as you might’ve noticed, is a wild moment in time.

If you’d like to know where the future is going, it’s safe to say that, broadly speaking, you’ve got only two choices: It’s the heartland versus the metaverse.

On the one hand, you have the vision now aggressively touted by the company formerly known as Facebook. “The metaverse will feel like a hybrid of today’s online social experiences, sometimes expanded into three dimensions or projected into the physical world,” the company announced in its inaugural message under the new “Meta” corporate brand. “It will let you share immersive experiences with other people even when you can’t be together—and do things together you couldn’t do in the physical world.”

This sounds very exciting. Who wouldn’t be thrilled by the promise of overcoming the pesky constraints of reality itself? However, it doesn’t exactly take a computer scientist to figure out that the vision Meta is offering is one as riddled with challenges as it is rich with opportunities.

As we watch the prices of NFTs and cryptocurrencies plummet to near-historic lows, we have to ask ourselves: Is this elusive and volatile “world” worth it? Should we be this dedicated to a future of atomized human beings sitting alone with their headsets, bidding on the latest Bored Ape?

What, then, is the alternative to this gambit by one of the world’s most powerful corporations? I believe it’s cities like Tulsa.

Call me biased—I’m a big fan of my hometown—but our heartland community has spent the last several years showing the way forward for American cities struggling with a rapidly changing socioeconomic landscape.

Even before COVID-19 upended the way we do work, Tulsa launched a program inviting folks to come to live in a welcoming city while continuing to work remotely for the juggernauts on the coasts. When the global pandemic struck, the program quickly became the nation’s most successful, attracting thousands of applicants fleeing New York, San Francisco, and elsewhere to become our new neighbors. They were attracted not only by the calculus of the cost of living but also by the fact that in Tulsa, we have a different approach to doing business, one that couldn’t be more unlike the metaverse if we tried.

Here, we believe in people.

Does this sound like a bit of Midwestern boosterism? Let me follow up, then, by giving a very concrete example from my own not-too-sentimental industry, venture capital. Look at VC investments the nation over, and you’ll see that the overwhelming share of dollars go to a very small pool of entrepreneurs, nearly all of whom went to the same five schools and live in the same five ZIP codes. This helps explain why Black founders, say, receive a meager 1.2% of all startup investment, or why, of the $130 billion VCs invested in 2020, $84 billion went to California alone.

These troubling numbers aren’t accidental. They’re the result of carefully constructed business models that leave very little margins for the investment in and the development of raw talent, preferring instead to make safer bets and go with the tried and true, rather than the new and promising.

In Tulsa, we’re figuring out a way to disrupt this model. We’ve built coalitions of unorthodox capital partners willing to go earlier and earlier up the risk curve and invest in the sort of entrepreneur who may soon hit it big but who now needs a bit of love, training, and resources. We’re giving these non-traditional founders–many of them women or people of color–the unfair advantage they so desperately need if they’re going to compete in a market skewed so heavily against them.

This work is personal for us. Tulsa, like many U.S. cities, has a painful racial history. The 1921 Race Massacre decimated Tulsa’s Black Wall Street, a beacon of Black entrepreneurship and economic prosperity in the city’s Greenwood neighborhood. A century later, we are all reconciling with this challenging moment in time. While this process is far from over, it has helped crystallize our commitment to supporting founders who are systematically disenfranchised.

In addition to heavily investing in the best and the brightest who are likely to build tomorrow’s billion-dollar company, we also invest in the people they’ll need if they’re to turn a good idea into a great company. That’s why the startup community has launched things like Holberton Tulsa, a coding school that allows graduates to pay back their tuition only once they get a job–and even then, pay a tuition amount based on their level of income. By taking tangible action, we are making sure those who traditionally had no share of the fabulous growth pie now receive their taste.

We believe that technologies are great if they’re rooted in a culture, an economy, and a place where real human beings build something real together in the real world. That’s a vision that’s much stronger than a handful of global corporations enhancing their bottom lines at the expense of the rest of us, and it’s a vision American cities can easily replicate if they want to invest in a bright future for all.

What to call this new way of doing business? Does one clear label or political identity fit our efforts to build strong communities, address inequalities, and maximize human happiness, while also generating wealth and creating investment opportunities?

We don’t spend too much time thinking about labels in the heartland. Instead, we’re busy building a future that looks nothing like the metaverse.

Will Gray is the managing director of Atento Capital, a venture capital company in Tulsa, Oklahoma.