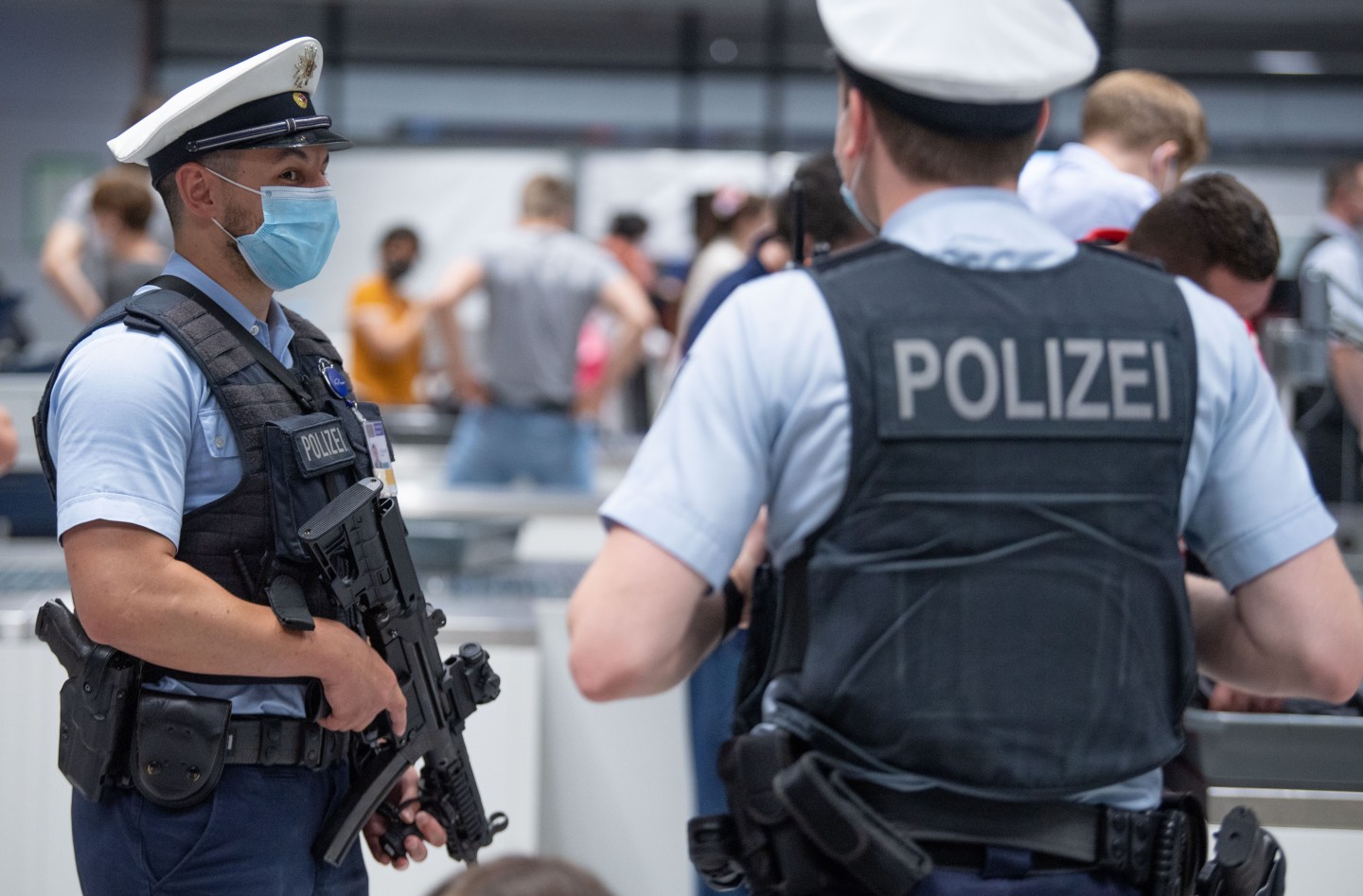 Lufthansa is in the eye of a PR storm after it detained a group of Orthodox Jews apparently as collective punishment for some refusing to follow mask laws on board.
Boris Roessler—picture alliance via Getty Images

Lufthansa has issued an apology after Jewish organizations accused the German airline of antisemitic behavior for stopping a large group of Jewish passengers from traveling.

A group of around 150 Hasidic Jews traveling from New York to Hungary on a pilgrimage were detained at Frankfurt airport upon landing on May 4, according to multiple reports. The airline allegedly barred the group as a whole after one or more refused to comply with the crew’s directive to wear a mask on the flight.

One video filmed by an affected passenger showed a Lufthansa employee explaining “it was Jewish people who were the mess, who made the problems.”

One of the passengers, Yitzy Helpern, told Germany’s BildTV on Monday they were met by some 25 armed police officers at the airport.

“It was a terrible, terrible experience,” he said, adding it was his first time in Germany. “Lufthansa didn’t leave a good impression among those American Jews who had just travelled several thousands of miles.”

The airline, which remains legally required by Germany to enforce the use of medical masks for all passengers and flight staff, said only those individuals that did not comply should have been penalized and not the entire group.

“Lufthansa regrets the circumstances regarding the decision to exclude affected passengers from the flight and apologizes sincerely to the guests,” the airline said in a statement sent to Fortune on Wednesday.

The carrier, which pledged to talk to each of the affected passengers, added it was clarifying details about the incident, and could not yet provide further information. The incident has been a public relations nightmare for the company.

The American Jewish Committee called the company’s response—in which Lufthansa did not explicitly reference the religion of the passengers—“apathetic” and just as shocking as the incident itself.

“Banning ALL Jews from a flight because of an alleged mask violation by some Jewish passengers is textbook antisemitism from Lufthansa,” it wrote, linking to the video.

Agudath Israel of America, an umbrella organization for orthodox jewish organizations, meanwhile said it was seeking out answers directly from Lufthansa’s CEO, Carsten Spohr over the “abhorrent” decision.