Is the Roe v. Wade news making you angry? You should run for office 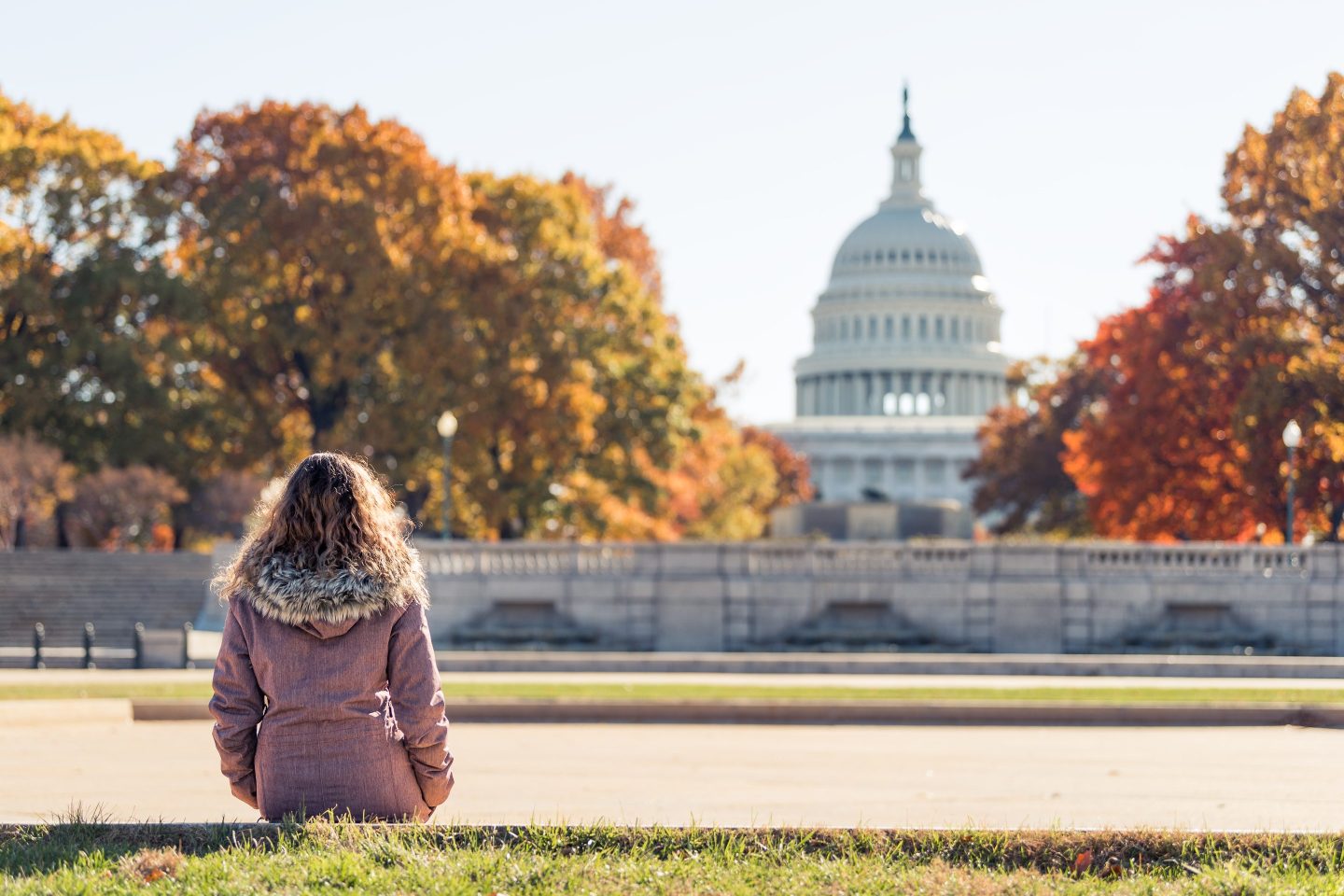 The United States ranks 72nd globally in women’s representation in government, alongside Egypt and the Philippines.
GETTY IMAGES

While a Supreme Court ruling isn’t expected until summer, the leaked draft opinion that Roe v. Wade is poised to be overturned has undoubtedly sent shock waves throughout the country.

As the founder of a women-led nonprofit looking to disrupt the status quo, I say, this has been a long time coming. The sad, honest truth is that no one is coming to save women or to be their voice when they aren’t in the room.

When women are in charge, they elevate the issues of children and families and they bring the experience of reproductive health to the table in a way that men cannot.

Despite incremental gains in representation, women still hold less than a third of all the 500,000+ elected offices, from county clerk to congress, and the giant gender gap in ambition for political leadership remains largely unchanged for the last 20 years.

It’s a tragedy that so many American women are shut out of playing a role in our democracy, particularly those from underrepresented communities including Black, Latina, AAPI, Native American, LGBTQ+ women, and women with disabilities.

However, I’m betting that headlines about overturning women’s bodily autonomy will be the breaking point that will ignite the momentum we need to bring about real change.

At She Should Run, we’ve spent years staying true to our value in the field–focusing on a long-game mission that many disregard because the impact can’t be seen as immediately as voting for someone you know and trust on the ballot. Women do not run at the same rate as men and are therefore vastly underrepresented. We are driven by a bold vision of adding 250,000 women (half of all elected offices) to the political leadership funnel by 2030.

Yes, we’ve seen more women running for office in recent years, but this trajectory of one and two-percent increases in representation is embarrassing. In fact, the United States ranks 72nd, alongside Egypt and the Philippines, globally in women’s representation in government. We must do better. Our democracy deserves better.

So, what is it going to take to go from incremental gains to true representation?

Rage is a powerful motivator. A significant number of American women would be more likely to consider a future run for office as a result of some spark of angst, and a realization that no one but her is going to do anything about it. So yes, I hope women everywhere are, for a lack of a better word, enraged. I want them to turn their anger into action by considering a place in elected office for themselves or encouraging another woman to run.

We have been at this long enough to know with certainty that as much as we all in our deepest hearts wish this lack of representation will fix itself, it won’t. It’s up to us to close the gender gap. If we want women to have a seat at the table then we have to be willing to stand up and shout when it matters. Now is that moment. History tells us there will be more attacks on women’s ability to rise to their full potential.

Here is what I know about this shocking, challenging moment: Women will rise to the challenge. They’ve proven this time and time again. Let this moment be the trigger you need to tell a woman in your life she should run for office, or take it as your moment to consider your own run.

Erin Loos Cutraro is the founder and CEO of She Should Run, a nonpartisan nonprofit encouraging women from all walks of life to run for public office.