My creative career is suffering now that I’m living in a small town caring for a sick relative, and I don’t know what to do 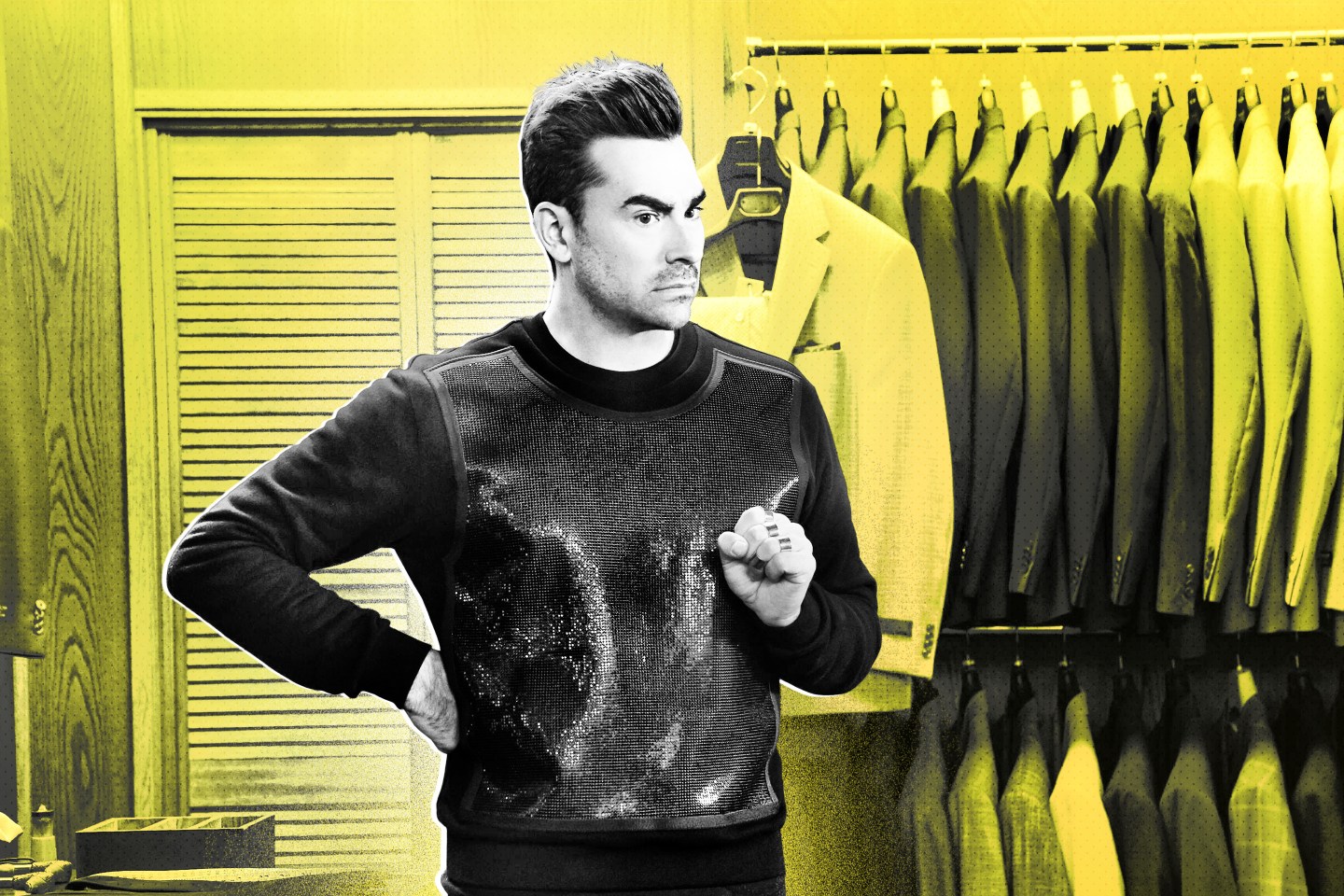 Moving to a small town and being your best creative self can be tough. Don’t lose hope.
CBC—Courtesy Everett Collection

I’m a new tattoo artist (about a year and a half in) who relatively recently left a workplace in a bigger city to live in a small town. I have a close relative who’s ill, and I wanted to be closer to them. It was an important personal move but a hard one for my career. Since moving, I took a job at a nearby tattoo studio, but my once-blossoming career has ground to a screeching halt. It’s been shocking and upsetting.

I think the problem is twofold: Because of the studio’s existing hierarchy, other tattoo artists get priority, leaving me with relative scraps, and I worry the small town may not support multiple tattoo artists.

To add insult to injury, every tattoo I do get is incredibly basic (copy-paste simple designs), yet at my old job I was tackling more and more creative, larger designs, which I adored.

Honestly, for the first time in my life, I’m deeply scared of failure. I’m worried I may need to give up a career I love for financial reasons. And if I can make it work financially, I fear I might be stalled out in a creative dead zone and become defined by small, unimaginative work. I’m so new to my career, and I feel like this is a time when I should be carving out my path. I am employed yet going nowhere.

What can I do? How can I proceed? I’m getting more anxious and depressed by the day, and I would love advice.

Thank you so much,

While you’re the first tattoo artist who has written to Fortune’s advice column, I talked to many people who can relate to the core of your question: “Will moving to a small town tank my career?” It’s an issue that people across industries deal with, but it can feel particularly relevant to people in creative fields.

In your new town, you haven’t yet found who people get your vision and want to push you to the next level, so you’ll need to find ways to motivate yourself and create work you like—even if you have to do that on your own time, instead of in the shop where you’re working now.

When you’re feeling stuck, or working within constraints, there are still opportunities for you to develop other parts of your creative practice and professional narrative. Your question focused so much on the things that are outside of your control, and there is a lot: your family member’s illness, the hierarchy at the shop, the preferences of the customers. But by focusing on what is in your control—developing your own style, connecting with people and things that inspire you, and putting in the work to make work—you will not only get unstuck, but you will carve a path that you enjoy.

I spoke with two inspiring artists to get their perspective on your situation: Amy Sherald, a painter perhaps best known for her portrait of former First Lady Michelle Obama, and Rachel Howe, an artist and healer who also tattoos. Each of these women has a professional creative practice with a distinctive style that draws people to their work. While their paths and approaches have differed, they spoke to me about how they developed their work over time.

Amy has an impressive career as a fine artist. Not only did she paint the official portrait of the former First Lady, her work is in collections at museums across the U.S., and she was commissioned to create a cover for Vanity Fair.

Earlier in her career, she also moved home to help care for a sick family member, and during those four year in Columbus, Ga., she took a break from painting. At the time, she said she sometimes felt like she was wasting time, but she later realized how critical moving home was to her career journey.

“I realized that I would never have made the work that I’m making now had I not had to move home for four years. If I had not had that downtime…maybe these certain opportunities wouldn’t have been available, like maybe I would have never made it into the National Portrait Gallery,” Amy said.

After her time with family, Amy moved back to Baltimore, where she’d gotten her MFA, and established her career there—and she said that decision was instrumental to her success.

“I think being in a small city is actually a good thing,” she said. “Had I moved to New York, I’m not sure I would have a career, because I would have had to put like 70% of my energy into paying my rent, and then the other 30% into the work.”

Being in a smaller city also meant she got to know people at the top of her field quickly, since there were so few people doing the type of work she was doing. It was easier to get introduced to people who were interested in her art and make meaningful connections.

“I used to get on the bus and go to New York and go to openings and ‘network,’ but I realized what I really needed to be focused on was making my work,” she said.

Repeatedly, Amy emphasized to me how the best thing that you can be doing right now is focusing on your own process, whether that’s making creative work or working on research and finding inspiration during this time when you’re struggling to make the kind of art you want.

“Part of creativity is there has to be some room for intake. You have to be eating your environment and digesting it all the time,” Amy said. “So when there’s nothing coming out, that means that stuff needs to go in. Don’t get depressed and think that you’re a failure. Just go out and live life and be inspired.”

You might also be inspired by how Rachel has approached her tattoo work. Rachel houses her work under Small Spells, which she describes as a “multidimensional business.” In addition to tattoos, she also creates ceramics and drawings, and offers tarot and personalized astrology readings, as well as an astrology club for members. She built up a significant following sharing astrology readings online, and her tarot deck is beloved by many, carried by independent shops like Otherwild, which also sells her note cards and books.

Rachel has done tattoo residencies at different shops where she’s built relationships and sometimes travels to offer limited bookings to clients. For someone in a small town, doing residencies or visiting appointments might be a great way for you to do more ambitious work than you can where you work now. Rachel understood your situation, but she also pointed out that just because you haven’t found people who you feel appreciate your work yet, doesn’t mean they’re not out there.

“Work on finding as much community as you can in the place where you are now,” Rachel said. “Find as many like-minded people as you can, whether or not they’re your tattoo clients.”

Work on finding as much community as you can in the place where you are now.

If you’re feeling isolated in your new town, having an artistic community might be transformative, even if you find yourself connecting with different types of people than you’d expect based on your last job.

As you think about how you might build community where you are, it’s another chance to reframe how you see and what you expect from this time. You’re not working at the same pace that you were before, and you’re not dealing with the same people you were. But that doesn’t mean that the people in your new community aren’t worth your time.

“Even if we feel like we’re in a place where we kind of don’t fit in, we can still practice approaching each person that we come in contact with with a lot of generosity,” Rachel said.

How can you find ways to make small connections with people in your new town so that you don’t feel so separate and different from them?

One tactic Rachel suggested was that you make a book of drawings of the types of tattoos you’d prefer to be doing. She made an art book out of her flash tattoo drawings and found that people really loved it, even if they aren’t looking to get a tattoo.

Finding different outlets can help you keep your creative flow going and tackle the creative block and anxiety you’re feeling. Even if it’s not being expressed in exactly the way that you want to right now, it can help you build some forward momentum.

While you may feel pressure now to be at a certain level in your industry, your career is a long game, and your work will develop over years, evolving with your experience. What’s important now is that you dedicate time to your own personal practice, find ways to share your work, and build your community. If you do, more opportunities will arise in line with the type of work you’d like to be doing.

It’s also okay if this isn’t your most productive period. Right now, you might be working on your portfolio at a slower pace as you prioritize family and making money. You may only get a couple of pieces a year that feel like they’re what you want to feature in your portfolio.

Amy offers a valuable perspective on this, drawn from her own experience.

“I had to double down on who I was and just realized that my path is my path and not look at anybody else’s path,” she said. “Just because you’re not rising now, doesn’t mean you’re never going to rise.”

You moved for personal reasons, and while it’s absolutely the time to be where you are for family, it has been a bit of a shock to your career. You’re grieving what you lost after leaving your old job and city. I know there can be very real trade-offs to moving, especially under these circumstances, and it’s important that you’re doing this. While you’re showing up for your family member, you’re also putting yourself second, which is hard. It’s clearly affecting you and impacting your ability to create a strong body of work right now.

Prioritize finding ways to work toward what you’d like to be creating, while giving yourself grace during this time when family is your first focus. Untangle your fear of failure from your artistic output and allow yourself room to experiment. And separate your creative output from your feelings about your career: The two might work in tandem sometimes and might be on different tracks at other times. Ultimately, the pace at which you work and develop is yours alone, and the sooner you can accept that, the happier you will be where you are.

Sending you lots of good vibes,

Work Space is a monthly Q&A column tackling the work challenges that keep you up at night. You can read all columns here. If you want advice on something you’re navigating at work, send your questions to workspace@fortune.com.