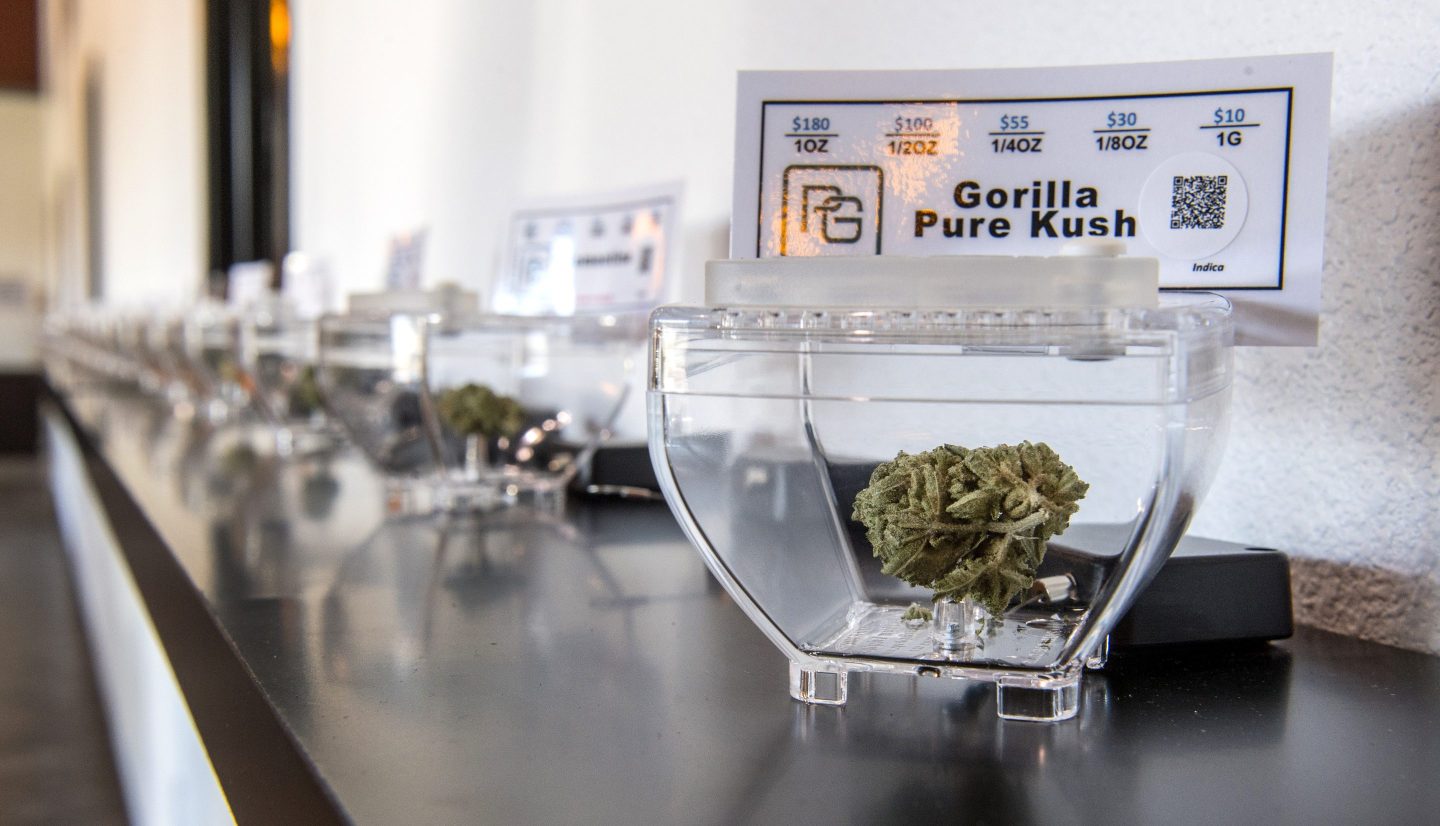 Gorilla Pure Kush is just one of the many varieties of marijuana for sale at the Santa Ysabel Smoke Shop and Dispensary, in Santa Ysabel on February 6, 2019.
Mark Rightmire—MediaNews Group/Orange County Register/Getty Images

Roundhill Investments has debuted its cannabis-themed exchange-traded fund on April 20—a date widely regarded as a marijuana holiday—marking its entry into the burgeoning sector.

The Roundhill Cannabis ETF (ticker WEED) will invest in exchange-listed equities and total return swaps that have exposure to the cannabis and hemp markets, according to a filing with the U.S. Securities and Exchange Commission. It will be listed on the Cboe BZX Exchange.

“While publicly-listed cannabis companies have recently underperformed, we believe that the cannabis market may be entering an inflection point in terms of both profitability and regulatory momentum,” Will Hershey, Roundhill’s chief executive officer, said in a statement. “WEED allows for U.S. retail and institutional investors to gain exposure to U.S. operators, potentially in advance of positive legislation.”

Pot ETFs have grown in popularity on Wall Street over the last two years, with the market for cannabis and psychedelic funds pulling in about $2.3 billion in 2021, up from $686 million the year before, according to data compiled by Bloomberg.

New Jersey became the latest to join the club, greenlighting the sale of recreational marijuana from April 21 for those aged 21 years and older.

But as a whole, thematic ETFs, which boomed during the height of the pandemic, have struggled in 2022 as volatility hit equity markets. Such funds have pulled in only $2.8 billion so far this year, compared to $49 billion in 2021 and $45 billion in 2020, according to data compiled by Bloomberg Intelligence.

Meanwhile, the market for cannabis and psychedelic funds has pulled in about $101 million this year.

To stand out in the $7 trillion ETF space, issuers know that everything from their choice of fund ticker to their launch date matters. Roundhill circulated the prospectus for its WEED ETF and ticker on Aug. 16, 2021, but it would be eight months before it launched.

Cannabis ETFs typically take longer to roll out than traditional equity ETFs, in part due to the need for swap counterparties and legal cannabis opinion letters, Hershey explained.

“As we started to get a feel for the expected timeline, we said what better day to launch than 4/20,” the Roundhill CEO said.

The ticker might be a bit too close for comfort to that of Canopy Growth Corp. (WEED CN), a producer of medical marijuana that’s listed in Canada.

“There’s no harm in having a little fun, especially if you are launching a cannabis ETF. It goes with the territory,” said Eric Balchunas, senior ETF analyst at Bloomberg Intelligence. “But this industry is no joke, especially in the U.S. and this ETF looks to capture multi-state operators, which many other cannabis ETFs don’t have exposure to.”

Balchunas also highlighted the performance of the AdvisorShares Pure US Cannabis ETF (MSOS), another fund that invests in multi-state operators, which has managed to muster about $900 million despite a “horrendous” 12 months. “That’s a very good sign and probably what attracted Roundhill to launch WEED,” he said, which joins the firm’s six other thematic funds.