She wrote Airbnb’s first paid leave policy. Now this founder gets to launch her own 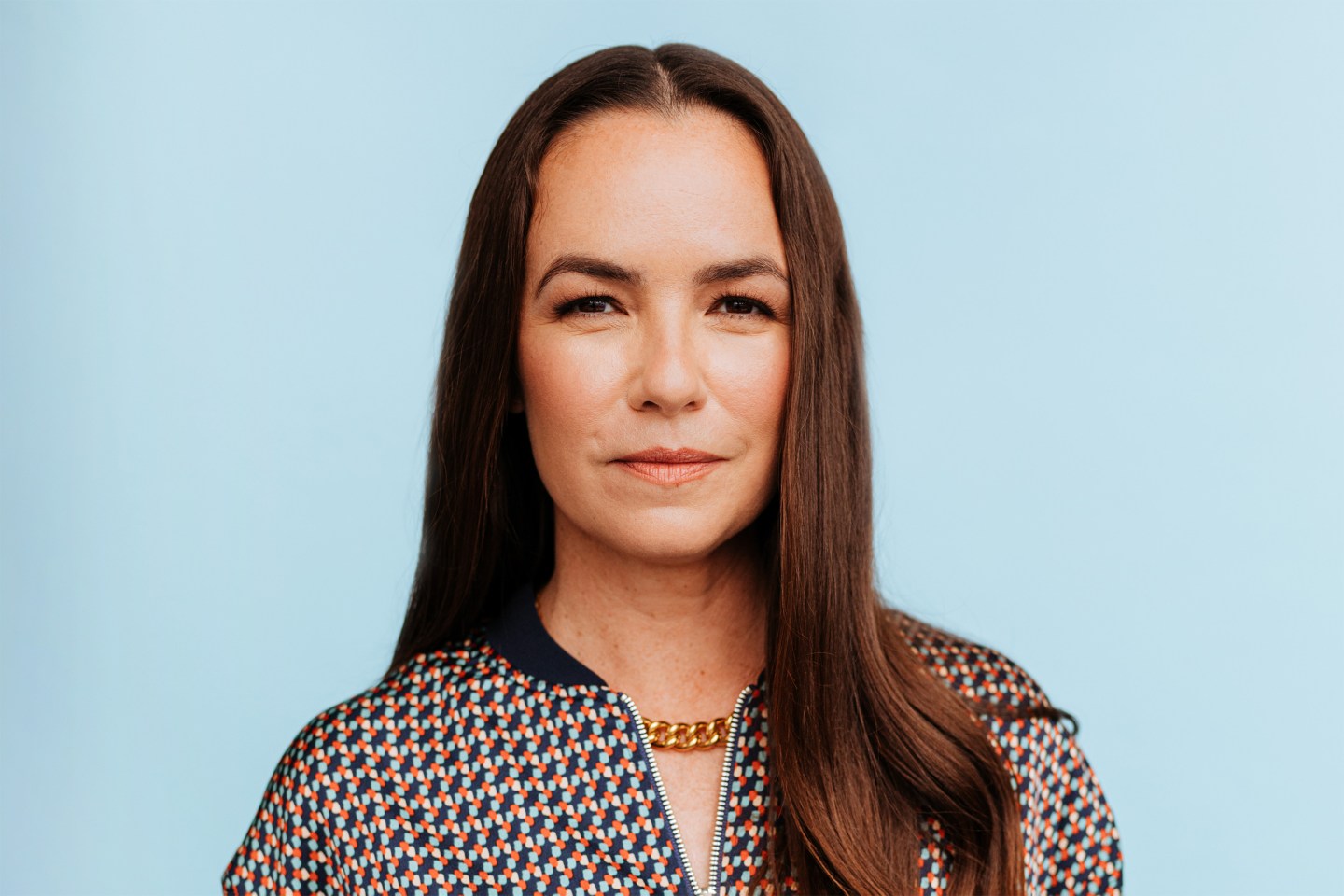 Good morning, Broadsheet readers! Vladimir Putin’s daughters are expected to face sanctions for Russia’s war against Ukraine, the top lawyer prosecuting Activision Blizzard’s sexual harassment lawsuit in California has stepped down from the case, and a startup founder launches a paid family leave policy—not for the first time. Have a good Thursday.

– Forging a leave policy.  In 2014, a pregnant Sarah Hardy was working on Airbnb’s customer operations team. At the time, the then-six-year-old company had about 1,000 employees, but one thing it didn’t have was a parental leave policy.

“They had nothing in place. Literally nothing,” Hardy remembers. “The subject had never been broached before.”

So Hardy set out to create the company’s family leave plan. At five months pregnant, she researched comparable industry benefits, presented a comprehensive proposal to Airbnb’s executive team, and, a few months later, enjoyed the fruits of her labor: a four-month paid leave policy that the home rental startup implemented within 30 days of her proposal submission. (Airbnb now offers its workforce 10 weeks of paid parental leave.)

While Hardy says she felt supported professionally at Airbnb, it was nerve-wracking to be the first employee to take advantage of the policy that she almost singlehandedly created. “But I knew I wasn’t going to be the last,” she says now.

Today, Hardy is the COO of Bobbie, an infant formula startup she cofounded in 2019 alongside fellow Airbnb alumna Laura Modi. Despite their smaller employee count, relative to Airbnb’s in 2014, she’s spent the last few months developing the company’s paid leave policy, which it debuted today and shared with Fortune.

The 50-person startup is offering all employees four months of paid leave, and the option to take an additional eight months unpaid, totaling 12 months. The company wants to counter the narrative that small startups can’t afford to offer competitive paid leave packages. “It’s easier to look at large companies and call on them [to improve paid family leave],” Hardy says. “But [for small businesses], it can be done with a lot of hard work.”

These ideas stemmed from Hardy’s experience at Airbnb. Unsurprisingly, as the first employee to take paid family leave at the time, she was also the first to return to the office—and the experience wasn’t easy. “It was a rough transition. I was trying to work every single day, pumping in between meetings,” she recalls. “It was probably one of the most formative [moments] of my career.”

As an infant formula startup, Bobbie is hyper-focused on caregivers; the company says parents make up about 70% of its workforce and half had a “pandemic baby” in the past two years. The startup hopes that its policy inspires other small businesses to implement parental leave offerings, and it plans to publish a detailed writeup of its leave policy, as well as a toolkit for CEOs, founders, and HR teams to evaluate their own family leave options.

But a company doesn’t have to be in the business of babies to support working parents. Airbnb’s willingness to quickly enact a parental leave policy signaled the organization would “mature from that point forward,” Hardy says. The founder hopes Bobbie’s parental leave policy will push smaller employers to make that early jump on their own.

- Historic vote. The Senate will vote whether to confirm Ketanji Brown Jackson to the Supreme Court on Thursday. While Jackson has the full support of all 50 members of the Senate Democratic caucus, only three Republicans have shown public support—Sens. Susan Collins of Maine, Mitt Romney of Utah, and Lisa Murkowski of Alaska. If confirmed, Jackson will be the first Black woman to serve on the Supreme Court. CNN

- Family affair.  The European Union is expected to levy sanctions against Russian President Vladimir Putin’s daughters, Ekaterina Tikhonova and Maria Vorontsova, by the end of this week. The sanctions could lead to the seizure of their assets and ban them from traveling through Europe so long as they are financially benefiting from the actions of the Russian government. The U.S. may follow suit, informing the Wall Street Journal earlier this week that Putin’s daughters may be added to the U.S. sanctions list. Fortune

- Top dog.  President Joe Biden nominated Adm. Linda Fagan to serve as commandant of the U.S. Coast Guard, replacing Adm. Karl Schultz who’s served in the position since 2018. Fagan currently serves as vice commandant of the Coast Guard, the second highest role in the military branch, and would be the first woman to lead both the Coast Guard and a U.S. armed service. The Senate Committee on Commerce, Science, and Transportation will consider her confirmation, though members of the committee have expressed bipartisan support for her nomination. CNN

- Poor working conditions.  The attorneys general of six states are urging the NFL to improve conditions for its female employees or face a broad investigation, according to a letter sent to NFL commissioner Roger Goodell on Tuesday. The letter cited allegations that female staffers were forced to watch a video of former running back Ray Rice knock out his then-fiancee in an elevator and then asked to publicly declare if they had been victims of domestic violence. New York AG Letitia James, who has pursued a number of high-profile sexual harassment cases since taking office in 2018, was among the letter’s signers. New York Times

- Stalker technology.  Apple's AirTags, small coin-sized tracking devices, are being used to stalk and harass women. According to records obtained from eight police departments, women called the police in 50 cases after receiving notifications through their Apple devices that their location was being tracked with an AirTag they didn’t own. Twenty-five of these women “strongly suspected” that either an ex-partner, husband, or boss was the one who planted the AirTag to stalk and harass them. Vice

- Stepping down.  Janette Wipper, chief counsel at California’s Department of Fair Employment and Housing, will no longer be involved in the DFEH’s lawsuit against Activision Blizzard. Assistant chief counsel Melanie Proctor has also stepped down from the lawsuit. Wipper filed the suit against Activision Blizzard in July, alleging a “frat boy” culture of sexual harassment and discrimination against female staffers at the video game giant. The lawsuit is currently pending in the Los Angeles Superior Court. Bloomberg Law

- Playing politics. Several U.S. House Republicans are calling for the termination of government contracts with Citigroup, in retaliation for the bank’s offer to cover travel expenses for employees seeking abortions. Citi, led by CEO Jane Fraser, is the sole provider of credit cards used by the chamber to pay for flights, supplies, and other goods. Reuters

- That's a wrap. When Meghan, the Duchess of Sussex stepped down as a working member of the British Royal Family in early 2020, she held onto charity patronages—even as she and husband Prince Harry launched new endeavors with their foundation Archewell, Spotify, and Netflix in the U.S. Now, some of Meghan's royal relationships seem to be coming to a close; the British animal welfare charity Mayhew announced that Meghan's official time as patron has wrapped. Town & Country

'It feels like the 36th of February. I only count the days of war:' Women of Ukraine tell their stories Glamour

"It’s this idea of ‘we have to be excellent.’ Mediocrity will just not pass. Like, if this doesn’t succeed, we may be sabotaging so many opportunities for other Indians. Which is not true, but that’s the way I think about it in my head."

-Actor Charithra Chandran, who plays Edwina Sharma on season two of Bridgerton, on the pressures of representing South Asians on the Netflix period drama.