We’re Launching a Campaign for Paid Leave in Silicon Valley. Only Six Founders Would Sign On 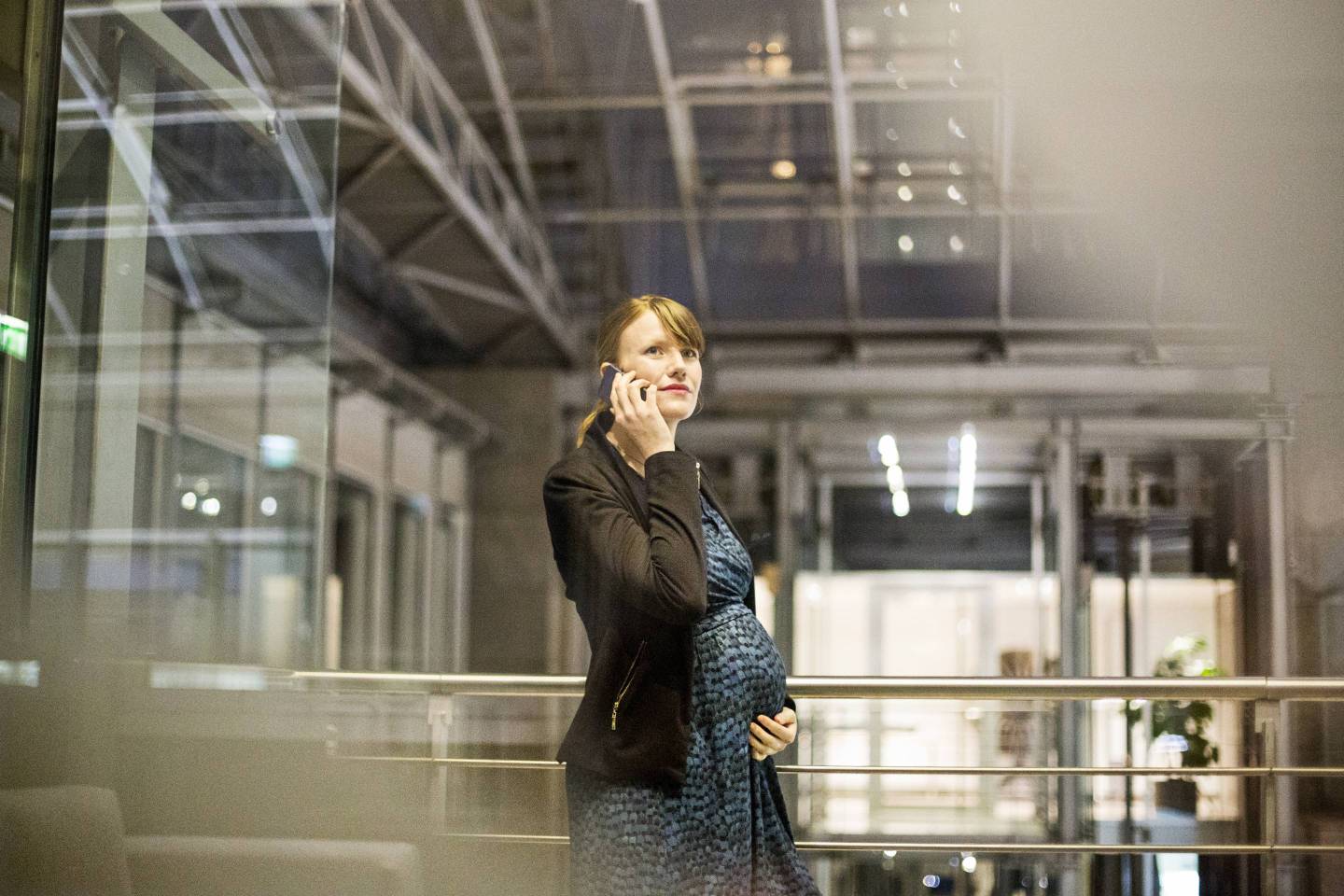 Beautiful pregnant business woman talking on the mobile phone, holding one hand on her abdomen and looking away while standing in office balcony. Creative Brief Working Late #700007432.
alvarez—Getty Images

In 2013, I was the director of mobile growth at Yahoo. I was also pregnant with my first child—just as the company was making headlines for banning employees from working from home. During my pregnancy, I went to Yahoo’s leadership and urged them to consider more generous family leave policies for all employees than the California-mandated paid leave that they offered. I got a no, until the work-from-home backlash grew loud enough that the company adopted a better paid leave policy of eight weeks, with an additional eight weeks for birthing mothers.

More recently, a fellow tech founder approached me at a networking event for advice in hiring a chief marketing officer while his director of marketing was on maternity leave. In the course of our conversation, it became clear that he thought hiring a CMO was a way to “get around” the marketing director’s absence. In essence, he’d downplay her role with a more senior hire, minimizing her impact when she got back from her time off.

These experiences are the reason why I’m an advocate for paid family leave. As a member of Founders for Change and with Paid Leave for the U.S. (PL+US) advising on paid leave policies, together we are launching #LeadersforLeave, a campaign to urge Silicon Valley founders, chief executives and venture capitalists to provide paid leave to their employees, no matter how early stage their startup is. “Move fast and break things” is no excuse for tech to fall behind on providing this essential benefit to its workers.

Starting this initiative, I didn’t realize how many emails we’d have to send and calls we’d have to make before finding founders who were willing to publicly disclose their paid leave policies as a part this movement. After reaching out to more than 100 venture capitalists and startup founders from seed stage to post-Series C over the course of six months asking them to make a public pledge, we eventually had six commit to providing at least 12 weeks of paid maternity leave, with some providing even more inclusive paid leave policies.

Everyone agreed that paid leave is an important initiative, and founders were excited enough to loop in human resources for more details. However, many companies that showed initial enthusiasm ended up shying away from publicly sharing their paid leave policies. Some early stage companies were eager to learn more about how to implement paid leave policies, but said they weren’t ready yet. Other founders committed privately to revisiting their policies but were hesitant to make public commitments. One thing was clear: despite the loud public conversation around family leave, business leaders in tech are still reluctant to publicly share or commit to paid leave policies.

After working with the paid leave advocacy group PL+US, we’re launching this campaign with the support of six founders. Our first partners are Sarah Nahm at Lever, Laura Behrens Wu at Shippo, Amy Nelson at The Riveter, Sara Mauskopf at Winnie, Audrey Gelman at The Wing, and Felicia Curcuru at Binti Software—who are, unsurprisingly, all women.

My own startup, Houseparty, offers our 42 employees between 12 and 18 weeks of paid family leave, along with leaves of absence for bereavement and other necessities. As we grow, we’re planning to offer up to 24 paid weeks of paid family leave. Our first two employees to take advantage of the policy were fathers (and engineering managers). We have been able to set a precedent from leadership that putting family first is OK, even during critical launches and scaling efforts.

Family leave policies get to the heart of the assumptions we make about employees in tech: who we are and how we split our time between our companies and our families. According to First Round Capital’s 2018 State of Startups report, only 34% of founders say that their companies are an inclusive place to work for parents. Consider that 90% of founders fail to offer childcare support, credits, or programs, while 65% say they have no dedicated space for nursing mothers. I have had many friends take a pass on high-potential job opportunities because they were planning a family or worried they couldn’t get the support they would need at a startup.

Paid family leave is a smart way to attract qualified new employees left out of the prevailing reward structure. It also makes smart business sense, by improving employee retention and unlocking billions of dollars of lost productivity when employees quit. We’ve built the tech sector around the idea of making it as easy as possible to never have to leave the office: there’s free lunch and sometimes dinner, on-site gyms and fitness, laundry and dry-cleaning pick-up, pets in the office, and all kinds of modern conveniences designed to accommodate long days and all-night hackathons. What we haven’t done so well is understand that when people are allowed to establish a better balance between their work and home lives, they are more productive individuals and better teammates.

It can be tough to see just how broken the system is until you’re the one who needs time off to care for a premature baby, a child finally adopted after years of waiting, an ailing parent, or a sibling with cancer. Until we make family leave a norm, companies will continue to find ways—whether intentionally or unintentionally—to punish those who take leave. Perhaps the most important thing we can do as founders is not only enact the policies, but create a culture in which it’s clear that time away from your desk is respected and valued as something that makes you a more critical and creative thinker, a more enjoyable coworker to be around, and an all-around better employee.

As founders who want to make a positive impact on the world, we can start by changing the workplace culture in Silicon Valley to reflect our values. My ask of fellow founders is to enact paid family leave at their companies as a first step.

If you are looking for a family leave template for your company, please go to https://www.foundersforchange.org/ for more information on paid family leave policies created by Paid Leave for the U.S. (PL+US).

Sima Sistani is co-founder of Houseparty, and a member of Founders for Change and All Raise.