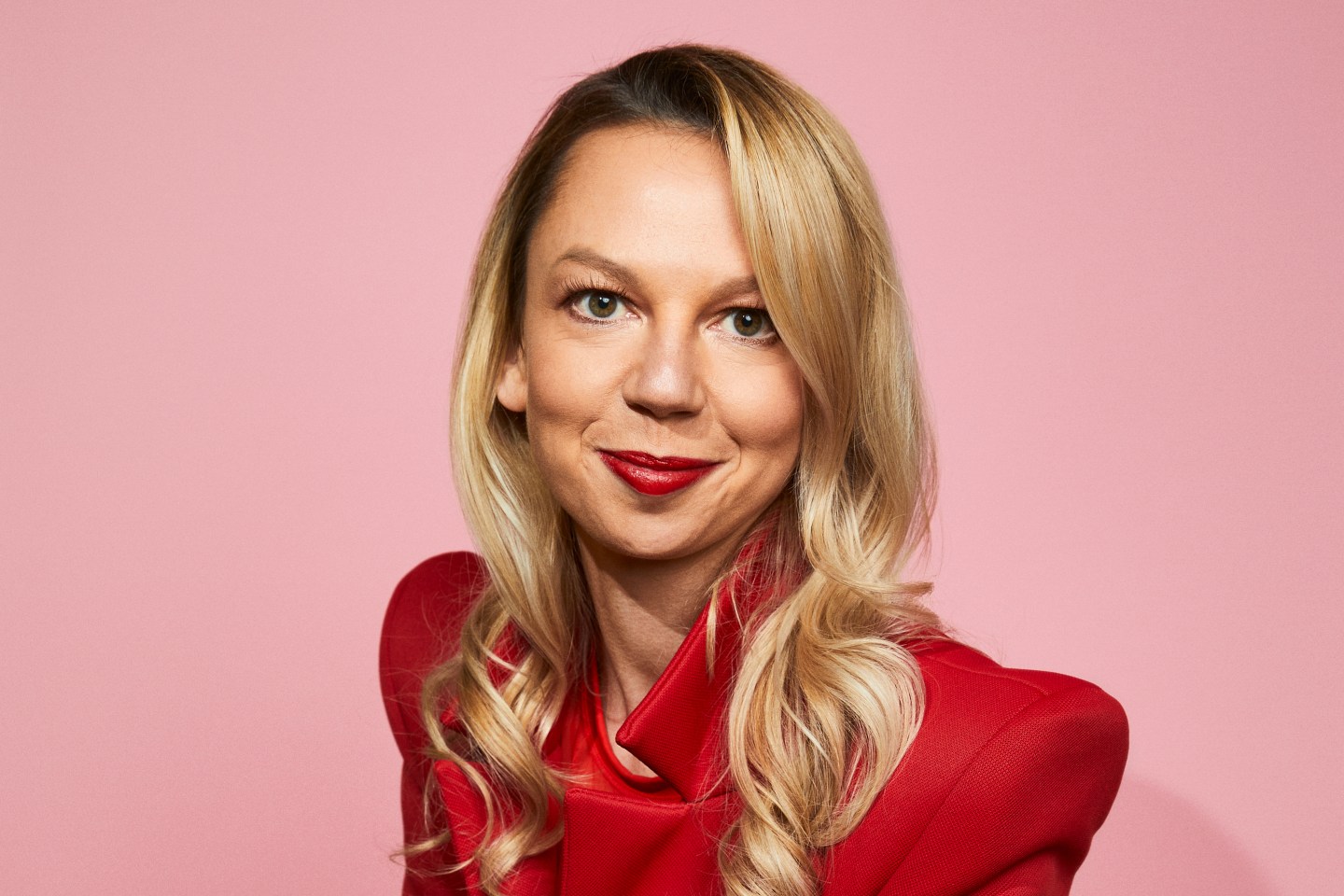 – Perfect match. Renate Nyborg’s rise at Match Group has been fast. The Switzerland-based Apple and Headspace alum joined Tinder to run its EMEA business in late 2020, and became the dating app’s CEO last September. While Tinder is owned by Match (Nyborg’s boss is Match CEO Shar Dubey), the former is the world’s largest dating app by audience size, responsible for 56% of Match’s $3 billion in annual revenue.

I interviewed Nyborg about her plans for Tinder in the April/May issue of Fortune and she shared three key priorities: improve inclusivity, enhance safety features, and localize the Tinder experience across the 190 countries in which it operates. These priorities are rooted in how Gen Z users, or those age 18-25 who represent 50% of Tinder’s audience, want to experience the app.

Tinder is embarking on a multi-year effort to better serve the high share of Gen Z users who identify as LGBTQ+, but creating a more women-friendly experience is also top of mind for Nyborg.

The CEO launched a cross-functional team in an attempt to better understand what women want from Tinder, and what in-app features they might be interested in purchasing. Women overwhelmingly cited physical safety, prompting Tinder to recently debut a new background check platform, and changes to the swiping experience. In response, Tinder introduced a “swipe party” feature, allowing users to browse the app with friends (even friends who aren’t on Tinder), and block list, which allows users to block phone contacts from seeing them on the app.

Born out of an incubator at Match’s former parent company IAC, Tinder’s focus areas might come as a surprise for those who remember its earlier days, and the cofounder drama that ensued. Whitney Wolfe Herd went on to found Bumble after accusing two Tinder cofounders of sexual harassment. In the U.S., the app has been viewed as a place to find hookups rather than lasting connections, but in much of the world, it’s the go-to option for dating or meeting new people.

Nyborg, who is half-Norwegian, half-Dutch and moved to London in her teens, takes a global perspective on the app and an open-minded view of what users want; she says success on Tinder is making a meaningful connection of any kind. (She met her own husband on Tinder six years ago.)

“We make such a big impact on relationships and on society—fundamentally human themes, not just technology themes,” she says. “And we’re addressing the role we play for the next generation.”

Fortune Brainstorm Health is coming up May 10-11 in Los Angeles. The conference is invitation-only, but Broadsheet readers will get special consideration. Apply for an invitation to connect with fellow health and business leaders from Pfizer, Apple, Imagene AI, Stripe, Cigna, Harvard, and more.

- Unicorn status.  Women’s leadership network Chief has closed a $100 million Series B, valuing the startup at $1.1 billion and officially placing it in the coveted unicorn club. Founded by Carolyn Childers and Lindsay Kaplan in 2019, Chief trains women—mainly C-suite execs and VPs—on leadership advancement. About 12,000 women are currently in its network and 60,000 are on its wait list. TechCrunch

- TDOV.  President Joe Biden recognized Transgender Day of Visibility in a statement on Wednesday in which he characterized the hundreds of state bills targeting LGBTQ youth as efforts to “undermine their humanity and corrode our Nation’s values.” Several federal agencies have introduced rules that would formally recognize nonbinary genders, allowing individuals to select “X” instead of male or female when filing discrimination charges with the EEOC, filling out passport applications, and completing the TSA’s online pre-check service.

- Sponsorship frenzy.  Female college athletes have been raking in extra cash since last year’s  Supreme Court’s decision allowing students to benefit from sponsorship deals. Women’s basketball was second to football in player compensation for endorsements, according to Opendorse, a Nebraska-based company that tracks data on athlete endorsements. Women's basketball players also had higher earning potential than men based on their social media followings. Bloomberg

- Breakthrough risk.  Pregnant people who are vaccinated against COVID-19 are nearly twice as likely to have a breakthrough case of the virus than non-pregnant people, according to a study from Epic, a Wisconsin-based software company that holds medical records. The study, which analyzed the records of nearly 14 million U.S. patients between January 2021 and January 2022, found that pregnancy posed the highest risk out of all high-risk groups, including organ transplant recipients and cancer patients. David Little, a physician and lead author of the study, says those who are pregnant but vaccinated should continue wearing a mask and social distancing, and healthcare workers should encourage testing for early detection and treatment. Washington Post

- Workplace misconduct.  A former employee of DeepMind, an A.I. company acquired by Google in 2014, is accusing the company of mishandling multiple sexual misconduct and harassment allegations. The employee alleges that a senior researcher sexually assaulted her twice, threatened suicide, and alluded to previously raping unconscious women. DeepMind says the claims were investigated and the individual accused was dismissed without severance. Financial Times

- Singing a different tune.  Russian opera singer Anna Netrebko has condemned her home country’s invasion of Ukraine after criticism that she was close to the Kremlin. In early March, Netrebko pulled out of upcoming performances with the New York Metropolitan Opera after she was asked to retract her support for Putin. The Met’s general manager, Peter Gelb, said the organization is not prepared to change its position following her statement. She is still scheduled to perform in Paris, Milan, and Lucerne this spring. Guardian

As she approaches 70, Annie Potts is done playing by anyone else’s rules Glamour

The nuclear family is no longer the norm. Good. New York Times

“My mother raised me to kind of look down on natural talent, so I always wanted to strive to work hard. I think we plateau all the time in our skill set, and if you’re constantly learning, you’re constantly improving."

-Michelle Zauner, author of Crying in H Mart and frontwoman of indie band Japanese Breakfast, on why she still takes music lessons even as an established artist.