Are the U.S. and Russia in an economic cold war or something even worse? Experts weigh in 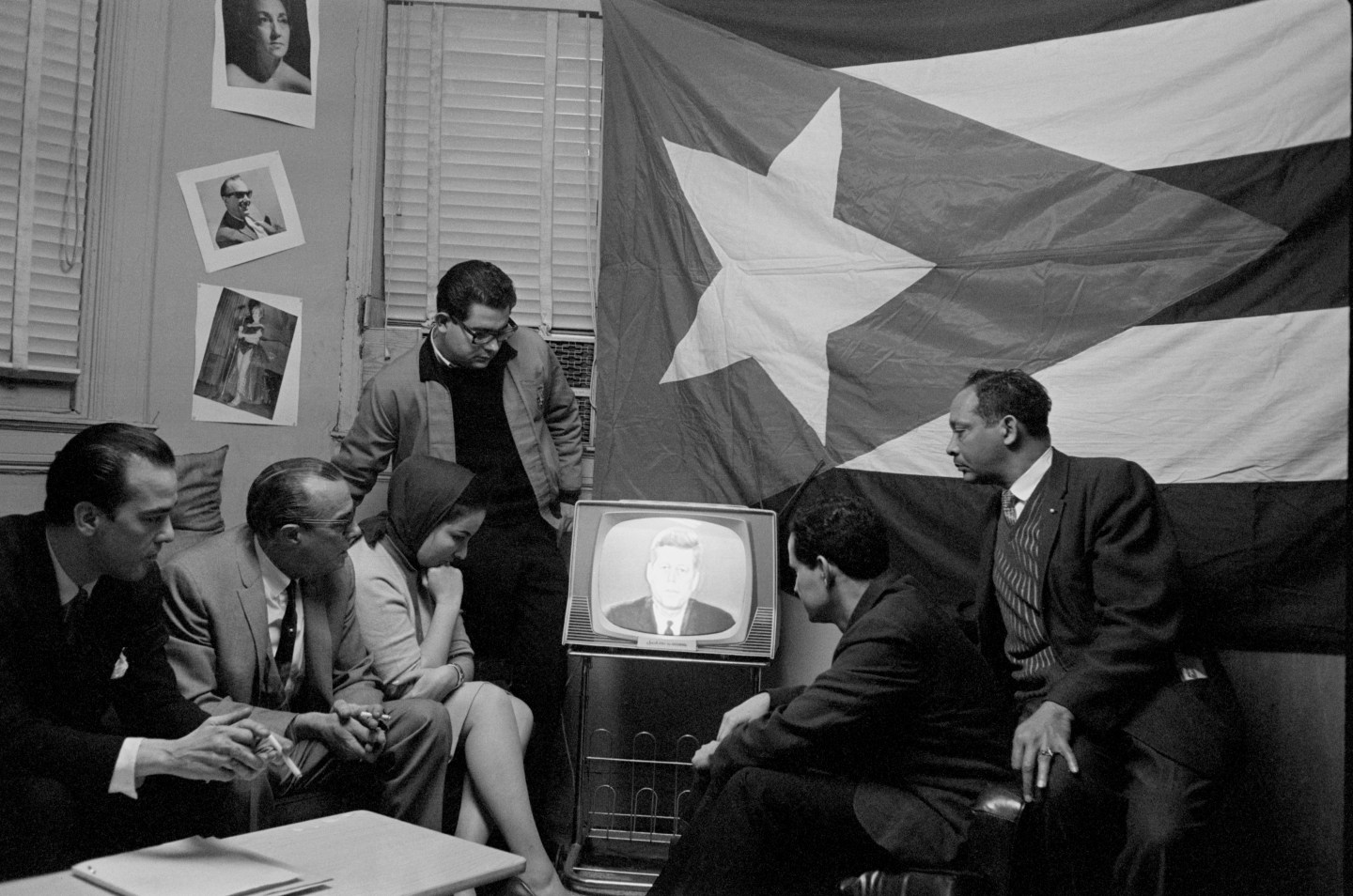 A group of Cuban refugees in Manhattan watch President Kennedy delivering a speech on television in 1962. Kennedy described a seven-point program directed at Cuba, including a quarantine. Kennedy also warned the Soviet Union against provoking any Cuban attacks.
Bettmann via Getty Images

The comparison is almost obligatory, with U.S. sanctions on Russia after its invasion of Ukraine, and already elevated gas prices subsequently soaring.

Is the U.S. in an economic cold war with Russia?

“We may already be,” said Dr. Sanjai Bhagat, provost professor of finance at the University of Colorado at Boulder’s Leeds School of Business, referencing Russia’s Feb. 24 invasion.

Moves like freezing the assets of the Russian Central Bank, banning imports from Russia, preventing Russia from using the SWIFT banking system, and Congress denying Russia “most favored nation” status “are clearly actions we don’t like with a friendly country, or even a neutral country,” Bhagat said.

“We may only be in the early stages of a Cold War,” he said, “or if not a Cold War, clearly a cold conflict.”

‘A bigger version of what’s going on with Iran’

Dr. David Bearce, associate professor of political science and international affairs at University of Colorado at Boulder, says he isn’t comfortable with equating the current economic tension between the U.S. and Russia with a cold war.

“Yes, we had sanctions applied on the USSR during the Cold War. We had export controls. We didn’t buy anything from the Soviet economy, but they weren’t manufacturing anything we wanted anyway.

Not so now, he says. While the U.S. doesn’t have a major economic relationship with Russia, it does import its oil—as does Western Europe, which is dependent on foreign energy.

But the danger goes both ways.

“There is no way, in my view, for U.S. sanctions and policy to have effects on Russia if they don’t also have effects at home,” he said. “If gas prices are not going up in the U.S. economy … if we’re not feeling the pinch of sanctions, then neither is Russia. In which case, the oligarchs don’t move against Putin and the Russian people don’t rise up.”

To Bearce, the economic tensions between Russia and the Ukraine more mirror the U.S. and Iran, which it sanctioned in 1979.

“About 2010, we excluded Iranian banks from SWIFT, and that’s what brought it to the negotiating table, which produced the JCPOA (Joint Comprehensive Plan of Action), the Obama administration’s Iranian nuclear deal,” he said.

“In that sense, it’s clear that this is why people talk about the exclusion from SWIFT as being the nuclear option. It’s clear that it had effects on Iran that were greater than the sanctions before it, and were enough to bring Iran to the negotiating table to produce the JCPOA.”

Bearce sees the situation in Russia playing out in one of three ways:

He doesn’t see the first or second options as likely to happen in the next couple of years.

“It’s not that the Russian people might not mobilize,” he said, “but the Russian state is prepared to send out the tanks against their own people.”

The third option is more likely for the next couple of years, with sanctions increasing in intensity and the Russian economy suffering “dramatically.”

“There may be episodic protests in places like Moscow and St. Petersburg, but they don’t amount to regime change in Russia. At this point, the occupation of Ukraine will continue. And the Russian military will find itself fighting a counterinsurgency—but they did that for a decade in Afghanistan.”

Option two is more realistic in five to 10 years, after the Russians have had enough of “being excluded from the West, their soccer team not being allowed to participate in the World Cup, not being able to get iPhones.”

Produce your own oil or ‘let them hold you hostage’

As for what happens next, Bhagat thinks mostly of what he says should happen next—an easing of oil production regulations by the Biden administration.

“The U.S., fortunately, is blessed with a lot of oil and natural gas,” he said. “We just have to allow our companies—small, midsized, and large—to get the oil and gas out. It’s down there; they know how to get it out. … We may even have enough left over to help out some of our European allies who then do not have to rely on Russian oil and Middle Eastern oil.”

The ugly truth is that there are two choices, Bhagat says—”you buy oil and gas from Russia and let them hold you hostage for doing whatever they want you to do, and you have to give them a pass on whatever military adventure they want to go on, or whatever human atrocity you want to commit.”

“In life, there are always tradeoffs. Wouldn’t that be nice today, if we didn’t have to import any oil from Russia or anybody else … Iran, Venezuela, Russia—the who’s who of people you don’t want to deal with?”

Another harsh reality of this brave new world, according to Bhagat: Military spending will have to increase—not via taxation, but perhaps via slowing the rate of spending increase on mandatory expenditures like Social Security and Medicare.

“The current episode in Ukraine has shown us the importance of having a strong military,” he said. “… We’re living in a world that’s increasingly dangerous. … We could like for people to be more friendly, to be more responsible, more peaceful. We would like that.

“But what we like and what the world is are two separate things.”