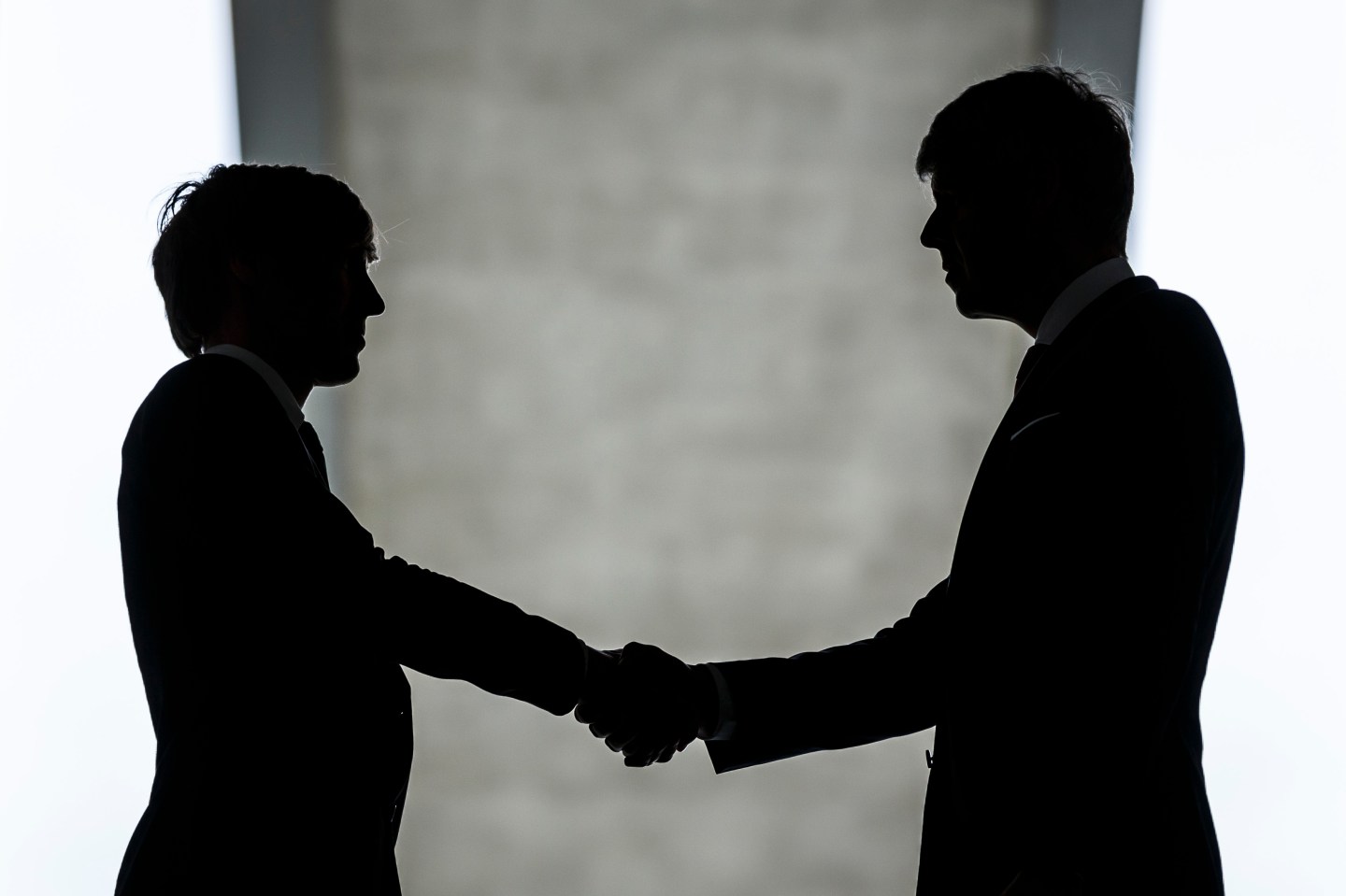 In today's volatile markets, dealmakers must plan mergers and acquisitions carefully–and be prepared to follow through post-deal.
Thomas Trutschel—Photothek/Getty Images

The pace of mergers and acquisitions (M&A) activity in recent years has broken all records with more than 40,000 deals announced globally in 2021. However, fewer than 50% of M&A deals ultimately deliver their promised value.

Why? Because once papers are signed and the news is announced, the deal feels done—until investors see through it and send the stock tumbling.

What’s missing from these failed M&A deals is the necessary cascade of connected judgments and actions that should be managed long before the deal is announced, and long after. Without it, the original deal vision will likely never materialize.

It doesn’t have to be this way.

Successful acquirers realize that the purchase price should equal the promised value—or the deal is purely a PR tactic that benefits nobody. To make a deal that’s a win-win for both parties, we’ve identified five consistent elements that any dealmaker can implement:

Create a watchlist of priority targets. Most companies don’t have a proactive M&A strategy in place. Teams are quickly assembled to perform diligence reactively in a compressed timeframe while CEOs and bankers negotiate the price. Prepared acquirers know what they want—and why. They enter diligence to test hypotheses on how they will create value so their valuations are sensible and they can begin integration planning.

Take Announcement Day seriously. We studied more than US$5 trillion in deals across three merger waves. Although most announcements are carefully staged, for many companies, it’s a harsh surprise. Investor reactions tend to be right on the mark and a bad start often leads to even greater losses over time. Assumptions made in valuation models become promises once you pay for the deal.

Announcement Day serves as the hinge on which the deal hangs. On that fateful day, all stakeholders are listening carefully for a compelling logic, a plan, and if the deal is worth the price. If it’s not, the acquirer’s stock drops—and shareholders (and employees) feel the pain immediately.

Make early integration planning a top priority. By nature, an acquisition creates something new. Few of the pre-close planning decisions are routine. Acquirers may confront the full spectrum of concerns: from implementing new enterprise management systems to what happens to summer Friday schedules.

During that process, leaders must banish uncertainty about the structure, cadence, and decisions required for a flawless Day 1 and post-close execution. That includes developing leadership and employee transition plans that drive knowledge transfer to create the effective operation of businesses as employees move into their new roles.

Manage change and build the right culture. Combining two entities to make a better one is hard. It takes accountability, responsibility, commitment, and clarity for employees so they are prepared for changes in how work will be done.

You are borrowing trust you haven’t earned yet. Embarking on a major transaction means inspiring and building trust with your board, investors, employees (on both sides), customers, and other crucial stakeholders.

Drive excellence throughout execution. M&A involves substantial risk. Understanding all the moving parts from vision through post-close integration requires capable leadership and a strong ability to execute from the beginning.

Following these five steps as a connected chain of actions is necessary for any deal to succeed.

Successful M&A has long been a valued tool to help companies grow, reach, achieve, and unlock value beyond their present-day organic means. But in today’s highly volatile market, dealmakers can’t walk away after a one-day handshake.

Empowered with these five proven steps, dealmakers will beat the odds and triumph with a deal that endures as a win-win for all.

Deloitte’s Mark Sirower and Jeff Weirens are the co-authors of The Synergy Solution: How Companies Win the Mergers & Acquisitions Game