How Canada’s crackdown made the case for Bitcoin self-custody 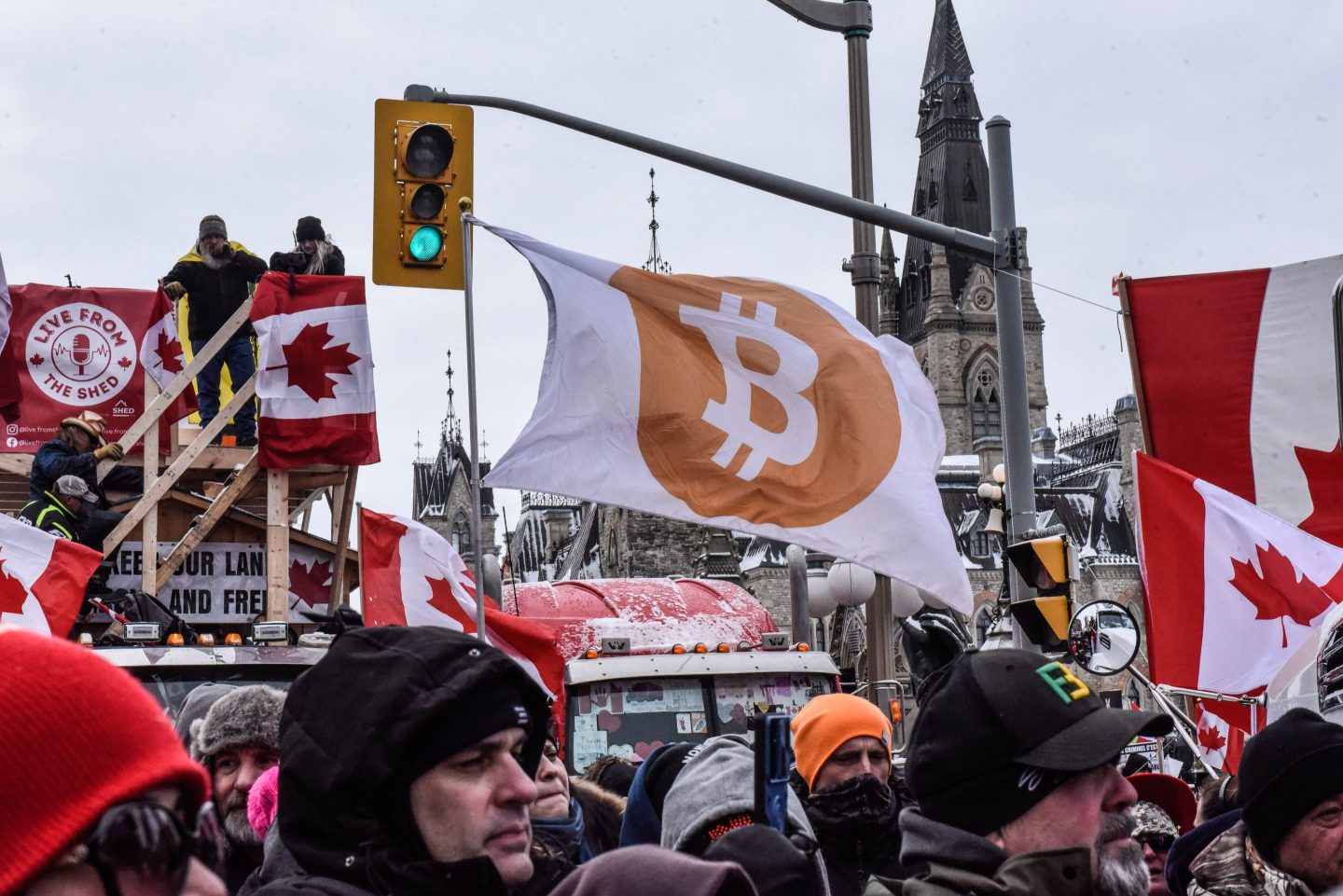 A protester holds a Bitcoin flag during a demonstration near Parliament Hill in Ottawa, Ontario, Canada, on Feb. 12,.
Stephanie Keit - Bloomberg - Getty Images

One of the most difficult concepts to explain about Bitcoin is the importance of “being your own bank” by self-custodying your coins. But last month, Justin Trudeau and the Canadian government took actions that showed, in a matter of days, what my industry has been trying to explain for years.

Full disclosure: My company, Casa, builds software that makes Bitcoin self-custody safer and simpler for the average user. You might think this is simply me “talking our book”–and maybe you’re right. But that’s because we believe the concepts of self-custody and financial freedom are so important that we built a business to help bring them to the world.

Today, it’s easier than ever for governments to control the population by denying us access to our own money. How did we get here?

Digitizing money–a blessing and a curse

We’re using cash less and less with each passing generation, and in some countries like China, they are actively removing cash from the monetary system in favor of a central bank digital currency (CBDC).

This shift is promoted as being convenient, and while that may be true, it also gives unprecedented power and financial control to whoever happens to be running the government. Instead of needing to work through banks to freeze accounts, they can simply do so with a press of a button. It’s a dictator’s dream–and it gets even easier if the world adopts CBDCs.

As Canada shows, living in a mature democracy is no protection against deeply illiberal financial censorship, and the introduction of fully digitized currencies is a weapon too tempting for even the most liberal elected governments to ignore.

In response to the “trucker protests”, the Canadian government took an unprecedented step toward normalizing financial censorship through the Emergency Economic Measures Order, with the government instructing financial institutions such as banks, brokerages, insurance providers, and cryptocurrency exchanges to freeze the accounts of anyone who donated even a small amount to the protestors.

For one of the cornerstones of our democracy–the right to disagree–the prospect could not be more chilling. Today, it might seem ok because the victims are people you disagree with. If that’s the case, what if Trump had frozen the bank accounts of contributors to BLM causes during the protests in 2020?

No matter what political lens you put on it, financial censorship is where governments cross the Rubicon and start pursuing naked authoritarianism.

Among cryptocurrencies, Bitcoin is the most decentralized and widely adopted currency, giving it the strongest properties for censorship resistance while maintaining usability as money. This is core to the Bitcoin philosophy–as the White paper begins, it “allows online payments to be sent directly from one party to another without going through a financial institution.”

In theory, this means Bitcoin can’t be frozen or stolen by anyone else. In practice, the way people use Bitcoin has created a glaring security hole. To be safe from seizure or censorship, you must hold your own private keys–in other words, the password to your bitcoin. When you have it, you alone have control over your money. When you entrust your keys to a third party you surrender that control.

And yet, people are forgoing this privilege in droves. The amount of bitcoin held on exchanges and custodians increases every year. Coinbase alone holds ~13% of the total Bitcoin supply estimated to be accessible today.

We’re certainly witnessing this in the coverage and commentary about the invasion of Ukraine, where much attention has been focused on how oligarchs might use Bitcoin to circumvent sanctions, rather than how self-custody could help ordinary, decent Russians face capital controls and the plunging value of the ruble. Or how it helped Putin’s presidential opposition raise campaign donations despite being locked out of the banking system.

The point is: You never know when disaster will strike, or when the narrative will flip, and you will find yourself on the “wrong side of history” (or those in power). Do not wait until the day when someone you disagree with might obtain the power to eradicate your financial freedom. Take advantage of the privilege to be your own bank by holding your own Bitcoin keys.

If we do not fight for our right to financial liberty, then we shouldn’t be surprised if it is snatched away without our consent.

Nick Neuman is the CEO of Casa