The future of finance rests on how America will regulate crypto 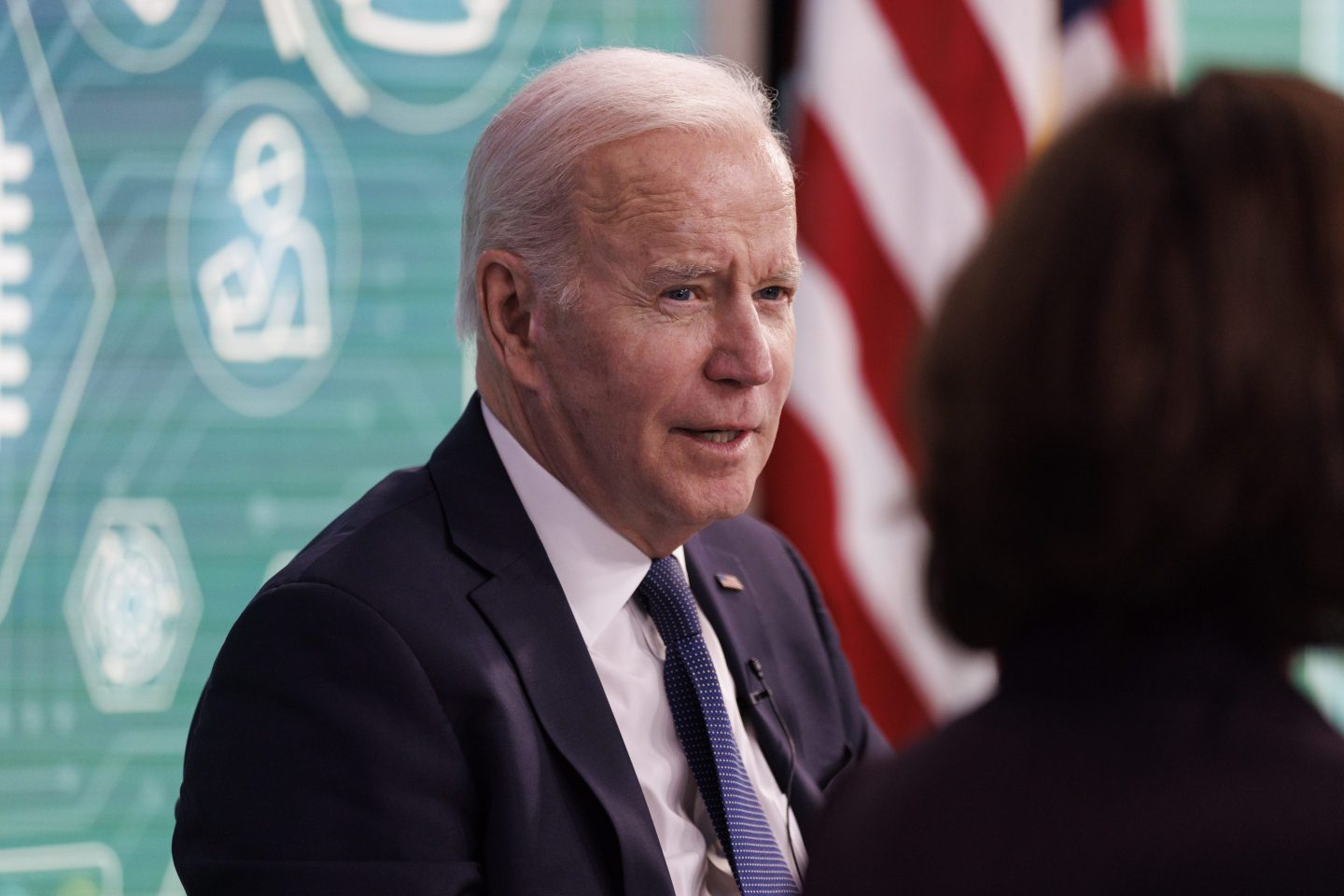 The Biden administration’s long-awaited executive order for government agencies to take a closer look at issues surrounding the crypto market has been welcomed by the industry, but it doesn’t provide much information on possible regulation.
Ting Shen - Bloomberg - Getty Images

U.S. President Joe Biden has signed an executive order that aims to “ensure responsible innovation in digital assets.” The keyword–and the crux of the divide among crypto fundamentalists and consumer protection evangelists–is “responsible”.

How we define this responsibility, and what role the U.S. government will play in a decentralized crypto ecosystem, will reshape the world’s financial future as we know it.

A more inclusive and innovative financial system and effective regulatory oversight aren’t mutually exclusive. In fact, the best way for crypto companies to build that future is to volunteer for regulation.

That’s why Anchorage Digital has proactively volunteered to be regulated at the highest level we could. We made history as the first digital asset bank to be granted a banking charter from the Office of the Comptroller of the Currency (OCC). We remain the only operating virtual asset service provider to have achieved this milestone.

When we applied for our OCC charter, we knew we were subjecting new tools to existing rules. Digital assets are intrinsically different from fiat currencies, stocks, and other financial instruments. Still, we believe that even the most novel technologies can fit within existing regulatory regimes–but only if the U.S. government is willing to embrace the innovative mindset of the digital asset markets it seeks to regulate.

President Biden’s executive order has made it clear: The U.S. government is up for the challenge. By initiating a historic, whole-of-government approach to examining digital assets and their impact on the future of finance while preserving “responsible innovation,” the U.S. government is also committing to a type of innovation it excels at: regulatory innovation.

Digital assets like cryptocurrency may be less than a decade old, but the United States has a long and precedent-setting history of regulatory innovation. As technological breakthroughs in food, medicine, and consumer products began to emerge in the early 20th century, they fundamentally uplifted society’s quality of life while adding new fuel to America’s economic engine. But with those emerging benefits came predatory and fraudulent marketing, safety concerns, and other pressing issues that required government intervention. Rather than retrofitting existing rules and regulations, the reformers of that era chose the path of regulatory innovation. The Food and Drug Administration was established in 1906, followed by the Federal Trade Commission in 1914, offering new solutions to these new challenges.

More recently, the birth of the modern internet–which carried both immense commercial and social promise, but new-age risks of its own–prompted the U.S. Congress to pass the Telecommunications Act in 1996 and the Digital Millennium Copyright Act in 1998. A whole new set of rules was thereby established for the emerging digital age, ushering in a new era of U.S. leadership via regulatory innovation.

With this new executive order, the U.S. government has signaled its plans to continue this tradition of regulatory innovation. In doing so, it has begun to lay the groundwork for decades of market-driven economic innovation, while maintaining new protections for individual consumers and America as whole. In exchange, crypto companies will need to be more proactive partners for the government–and the biggest step is recognizing and reimagining existing federal regulations to help establish the precedent, rather than waiting for “clarity” to come to us.

None of this will come easy. The digital asset ecosystem is both complex and intertwined. It will be critical for the government to approach regulating it with care.

There’s a reason we call it an ecosystem: every component interacts with and depends on the other for the whole to thrive. President Biden’s executive order called for taking a closer look at stablecoin regulation, the development of a new U.S. central bank digital currency (CBDC), and crypto laws. These issues are intrinsically connected and can’t be seen in silos. The crypto industry has an obligation to work with lawmakers to first navigate this interoperability, and then regulate it with care.

For more than 150 years, America’s leadership set the stage for unlocking one global technological revolution after another, from the internal combustion engine to space exploration and the internet. Now, the time has come for digital assets.

The U.S. government has now officially shown its willingness to match innovation with innovation. It’s now the crypto industry’s turn to step up to the plate and show that we’re willing to work together to help show the world what “responsible innovation” looks like–and in doing so, finally realize the digital asset ecosystem’s full potential.

Nathan McCauley is the CEO and co-founder of Anchorage Digital Bank, the first federally-chartered digital asset bank in the United States.