Without the Child Tax Credit, I may have no choice but to join the Great Resignation 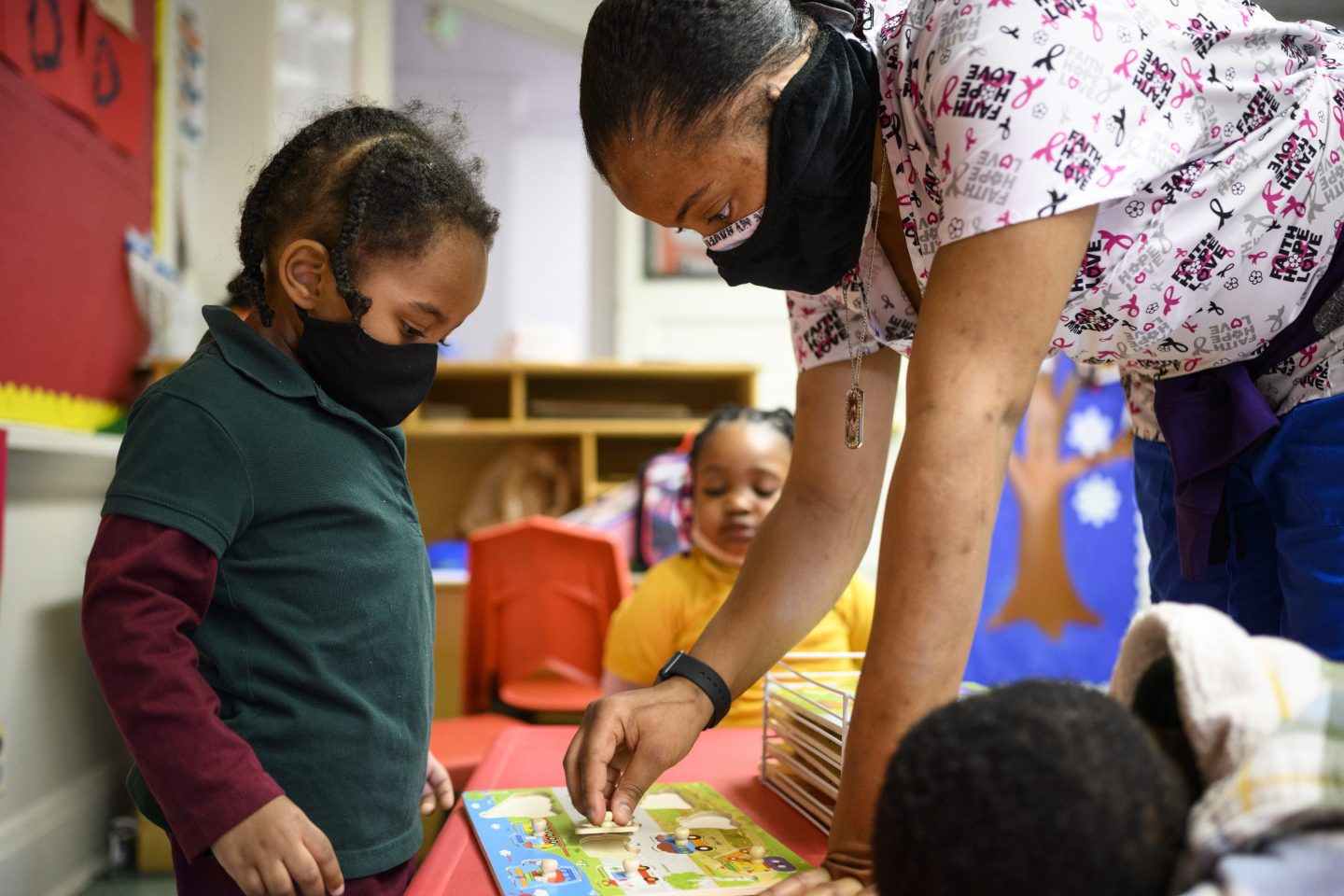 By covering part of the cost of daycare, Child Tax Credit checks have allowed many mothers to continue pursuing a career despite the Great Resignation.
Matt Roth—The Washington Post/Getty Images

For the first time in six months, I did not receive the expanded Child Tax Credit payment on the 15th of the month. I depended on that money to afford my son’s daycare costs. Now, I’m in a state of limbo.

After a devastating pandemic, many families like mine are trying to get back on their feet, and the Child Tax Credit helped us do just that. Without those payments, I’m giving serious thought to leaving my job to take care of my child full time.

In Georgia, where I live, an overwhelming majority of parents spent the money on essentials like food, housing, and child care. I recently became a mother, and I now know just how many unexpected costs are thrown your way when you have children. The CTC has lifted millions of kids out of poverty and allowed millions of additional middle-class workers like myself to have a bit of breathing room.

When my husband and I decided to start a family, our lives were completely different. We were both working full-time jobs and running a thriving photography business on the side. Things were going well, and we felt financially secure.

By the time I’d given birth to my son in June of 2020, everything had changed. Not only was a deadly virus ravaging the country, but our financial situation had taken a turn for the worse. Our small business was hit hard when in-person photography events were first postponed, then canceled indefinitely.

When my maternity leave ended, I faced the dilemma many mothers know all too well: I needed childcare to work but I didn’t earn enough to justify the high cost of daycare. I wasn’t ready to leave the workforce, but I felt my hand was forced. Then we started receiving the monthly Child Tax Credit payments.

It was a relief to receive the money in monthly payments, instead of having to wait for our tax refund the following year. The $300 checks went straight to our childcare costs. Even though the money covered less than half of our monthly daycare bill, it was enough to allow me to keep working.

Getting the money when we needed it most was life-changing. Our “pandemic baby” was able to remain in daycare, and my husband and I were happy to see him picking up social skills that we’d worried would be delayed as a result of isolation during the outbreak.

Last month, Sen. Joe Manchin blocked the extension of the CTC into 2022. He has argued that parents would misuse the money or cease working. That couldn’t be further from the truth. In fact, a quarter of respondents to a national survey reported that the CTC made it easier for them to work, or allowed them to work more hours.

After the news that the CTC would probably end, I felt dejected. My husband and I both had student loan payments that were about to resume and without the monthly money from the CTC, there would be no way we could afford my son’s daycare bill. It’s been a saving grace that the federal government has extended the pause on student loan repayments, even though that relief will likely end soon.

My husband and I are doing all we can to make it work by picking up odd jobs here and there. We work every day hoping that it will be enough to make it by. I’m dreading the day when my son’s daycare begins to eat up too much of our budget. I’ll have no choice but to leave my job to take care of him full-time.

It’s important to me to pursue a career and to be more than just a mother. I don’t want to lose my sense of self. Now it seems inevitable that I too will join the Great Resignation that has seen so many workers leave their jobs over the past year.

Anyone raising kids now knows that a few hundred dollars a month doesn’t cover a fraction of the costs, especially with rising prices. But for many parents, these payments allowed us to participate in the workforce. There will be a lot more of us leaving our jobs if nothing is done to help working families like mine.

Pasha Benjamin lives in Conyers, Georgia with her husband and their 18-month-old son. She wrote this piece in partnership with the Center for American Progress Action Fund, which advocates for progressive policies.