There’s no such thing as ‘Asian markets.’ Here’s what makes Asia’s exchanges so different from each other 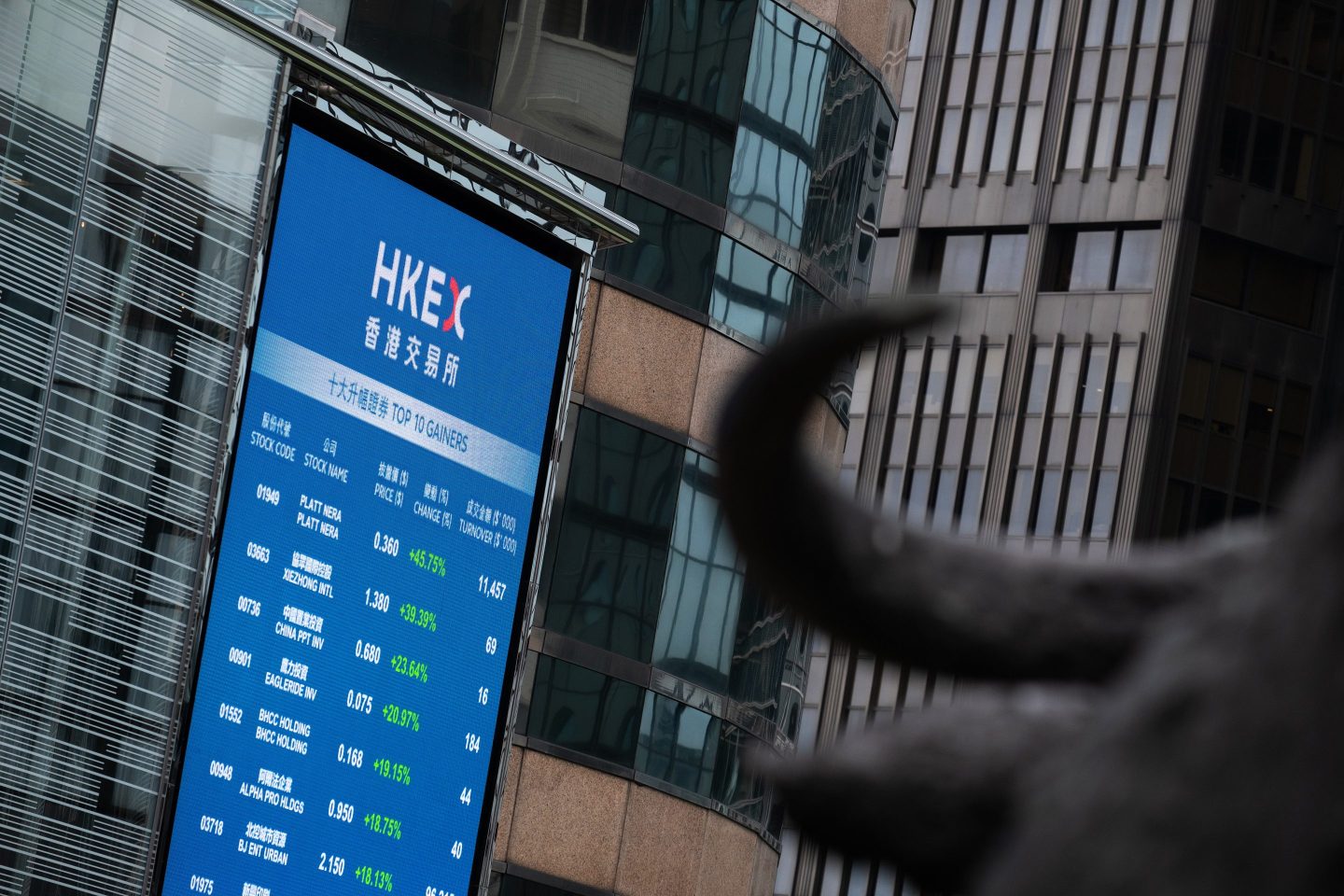 Herald van der Linde, author of "Asia's Markets From The Ground Up" and HSBC's Chief Equity Strategist writes how observers need to look past the shorthand of "Asian markets"
Roy Liu—Bloomberg/Getty Images

When we scan our morning news feeds, we often see headlines like “Asian stocks follow Wall Street higher as virus fears ease” or “Asia-Pacific markets trade mixed as investors assess Omicron risks.” But the term “Asian markets” does an injustice to the varied nature of the region’s different stock markets. It disguises what makes these markets attractive to investors—their diversity.

After an eventful year for the markets—new COVID variants, supply shortages, debt crises and IPO flops, among other events—observers need to look past the shorthand of “Asian markets” if they want to know how exchanges will react to future news.

Rather than seeing them as one cohesive mass, it’s better to think of Asia’s stock markets as distinct groups: Mainland China and Hong Kong’s stock markets; the other East Asian markets of Korea, Japan and Taiwan; India and its Sensex index; and ASEAN’s markets. These groups represent different economies and different kinds of company: one stock market may shrug off news that would cause another market to sink.

That doesn’t mean the markets are entirely independent from each other. Movement in one market may be matched in another—such as when the emergence of Evergrande’s debt crisis sent Japanese shares of household appliance makers plummeting. But the reasons why these matching moves happen still depend on the structure of an individual exchange.

Given their size, mainland China and Hong Kong’s stock markets take center stage in Asia, but that focus masks major differences between them. Shanghai is the largest—also called the A-share market—followed by Hong Kong—the H-share market. There’s also Shenzhen’s stock market, which focuses on tech start-ups, matched by a similar, recently-launched stock market in Beijing.

These markets are guided by the forces that drive mainland China’s economy: its rising middle class, the ups and downs of the local property market, or the effort to build new tech industries.

Hong Kong’s market is populated mostly by large tech companies—think Tencent and Alibaba—while Shanghai is home to more traditional banks, retailers, and manufacturers. One of Shanghai’s largest listed firms, for example, is Moutai, a domestic liquor brand. Thus, the “A” and “H” markets differ both in their make-up and the money that flows into them.

This means that the two markets can move differently based on the same piece of news. Thus, if someone starts talking about Chinese markets, ask which one they’re talking about. Their analysis may mean something completely different depending on their answer.

The other East Asian markets of Korea, Taiwan and Japan make up their own group of “Asian markets.” The first two are dominated by hardware companies, such as the suppliers of semiconductors that eventually end up in your laptop, iPhone or car. In Korea and Taiwan, these stocks make up more than 60% of the entire market.

As these suppliers sell globally, demand in the U.S., Europe and mainland China is what matters most to these firms. What happens domestically is thus almost irrelevant. It’s thus no surprise that these markets mostly move in tandem with U.S. stock markets.

Japan’s Topix index is a bit different due to the country’s large domestic market. Aging is a big theme—think nursing homes. Those looking for small, focused and highly-profitable firms that make all sorts of components, from robotic arms to bicycle gear, will find Japan to be a happy hunting ground.

India—with its Sensex index—is a wholly different story. The Sensex is the region’s most diverse stock market, and one of its best performers over the past two decades.

Big names in pharmaceuticals and IT services make up a major segment of this market and so—like in Taiwan and Korea—it’s what happens in Europe and the U.S. that matters. As these players rise from obscurity to become global leaders, these stocks have performed incredibly well.

But alongside these behemoths are a whole cluster of Indian firms that sell everything and anything—soap, toothpaste, paint, jewelry, and everything else—in the vast local market. Most Indians live in smaller cities and towns dotted across the country, and it takes a vast distribution network to get products into these villages. The ability to overcome this huge logistics challenge—in India, each state has its own rules, regulations and bureaucracy—has allowed several of these firms to become some of Asia’s most profitable businesses.

This masala of local distributors and global players has allowed India’s stock market to sing its own tune. For example, 2021 was a bad year for China’s A and H markets, but a stellar one for India.

Lastly, there is ASEAN: a potpourri of mostly domestic firms in markets like Indonesia, the Philippines, and Thailand. As with India, the holy grail for companies in this region is to reach consumers spread out across its vast archipelago. And, like India, these markets are less sensitive to what happens in China and the U.S.—which is exactly why these markets are attractive to some investors.

This is just a brief snapshot. These four groupings miss some of the smaller up-and-coming markets that also deserve attention, such as Vietnam and Bangladesh. But even this big-picture look at Asia’s biggest markets tells us how incredibly diverse Asia’s equity exchanges are. All move and behave differently: some take their lead from the U.S. and others from mainland China—while some go their own way.

So when you look at markets across the region, it’s best to think about these exchanges “from the ground up.” It’s these differences that make Asia’s stock markets so interesting—to observers, analysts and investors—in the first place.

Herald van der Linde is the author of “Asia’s Stock Markets: From the Ground Up”. He is also HSBC’s Head of Equity Strategy, Asia Pacific.