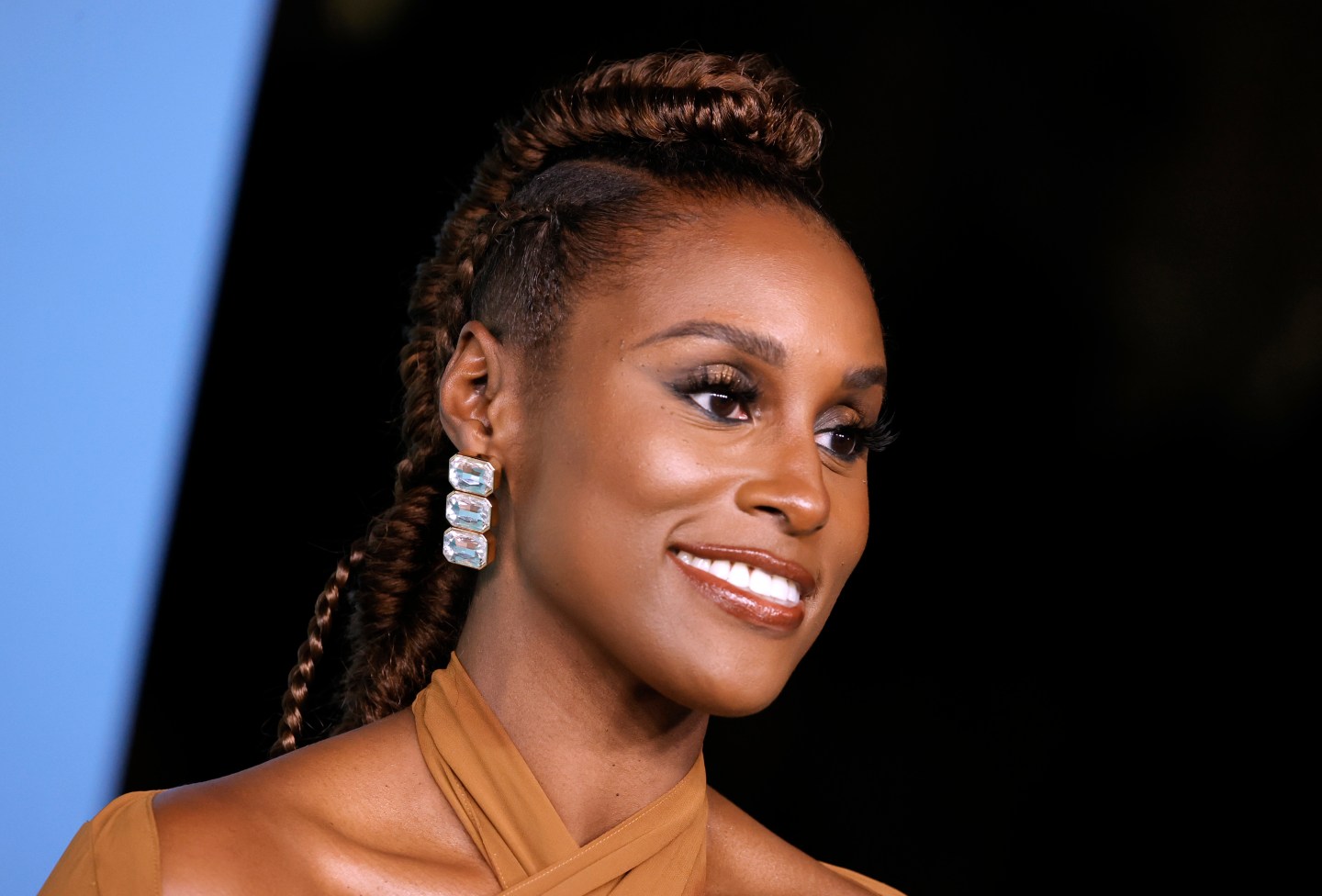 Good morning, Broadsheet readers! New York Stock Exchange announces a leadership shakeup, the cofounders of Modern Health are going through a bitter breakup, and sometimes costumes are more than just clothing. Have a fantastic Tuesday.

– Costume change. I realize this is the second time in a week that I’ve asked you to start your day with my musings about a TV show, but I hope you’ll indulge me. (I promise to find some extra-serious business news to focus on later this week!)

This time, the show that’s caught my eye is Insecure, the delightful brainchild of Issa Rae, who created and stars. Insecure is in its final season, and though the show is still plenty interested in its characters’ romantic relationships, work drama, and family dynamics, it seems to be ending its run by re-centering on the friendships at its core. The most recent episode focuses on a day spent with Rae’s character—also named Issa—and her three best friends.

It’s a good episode, but I won’t be spoiling anything here. Instead, let’s focus on this Vanity Fair story, which exposes a layer to the story that you might not catch as a casual viewer: every costume that appears on screen (and there are many) was created, head-to-toe, by a Black woman.

As Vanity Fair notes, it’s a “fashion first” for the show, and was put together by costume designer Shiona Turini and EP and writer, Amy Aniobi, who directed the episode. Turini says part of the inspiration came from her frustration over not seeing more Black female designers represented—including at the Biden/Harris inauguration. And their idea, once it got rolling, grew and grew, until nearly every prop in the show was the product of a Black female-owned brand.

This might seems like a small thing: it’s just one episode of TV, after all. But it’s also proof point of something much bigger. When someone like Rae gets the chance to tell her story, the opportunity doesn’t stop there. It spreads to other Black women like Turini and Aniobi, who in turn shine the light on others. And of course we benefit too—through art we never would have experienced if white men were the only ones making it. This is a case from the entertainment world, sure, but the same principle holds true in business, politics, you name it.

Turini, for her part, hopes others shows will follow suit—including those that don’t have a Black costume designer. She tells VF: “It doesn’t always have to be on the shoulders of us.”

- Exchange of leadership. The New York Stock Exchange announced a leadership shakeup yesterday; president Stacey Cunningham will move to a board role, while Lynn Martin, who has led the exchange's fixed income and data business, will take over. On a related topic, the WSJ reports that Nasdaq is on track to beat the NYSE in a record year for IPOs, with $191 billion in listings to its competitor's $109 billion.

- A modern breakup. What happened to Modern Health? The mental health startup is valued at $1.17 billion, and yet its cofounders—Erica Johnson and Alyson Watson—are locked in a bitter founder breakup. The story includes allegations of racism and wrongful termination, a whistleblower complaint, and more. The Information

- Cabinet history. For the first time, women will hold half the roles in Germany's cabinet. This milestone comes as Angela Merkel hands off the chancellorship to a male successor, Olaf Scholz. Within the cabinet, women are set to run security and diplomacy, with their jobs including defense minister, foreign minister, and interior minister. NYT

MOVERS AND SHAKERS: Maggie Wu is out as CFO of Alibaba; she'll serve as an executive director on the company's board. Trudy Dai will lead a new digital commerce team for Alibaba's domestic market.

- Retail reinvention? Activist investor Engine Capital wants Kohl's, the retailer led by CEO Michelle Gass, to consider either a sale of the company or the separation of its ecommerce business. In a recent earnings call, Gass resisted the idea of separating the ecommerce business, saying it "works in tandem with the company’s stores." WSJ

- Coup consequences. Myanmar's ex-leader Aung San Suu Kyi was sentenced to four years in jail, then reduced to two, after she was found guilty of of "inciting dissent against the military." She was ousted in a military coup in February. Bloomberg

- The accidental revolutionary. Sviatlana Tsikhanouskaya is an "accidental revolutionary." The Belarusian opposition candidate came into the role after her husband was arrested for running against longtime leader Alexander Lukashenko. Now in exile, Tsikhanouskaya reflects on how she became a symbol of resistance. "I am not building my career, I am not settling scores, I do not know the language of politics, I do not like this business," she says. "I am doing this for the Belarusian people, and for my husband." The New Yorker

'I am not a traitor': Reality Winner explains why she leaked a classified document CBS News

Kim Petras wants to be the next big pop star BuzzFeed

Harriet Walter on mothering Succession’s Roys: 'She’s actually quite scared of her own children' Vanity Fair

"I’ve got a responsibility for young people in the future, who [can] say, ‘This Latina was able to play Snow White—I can do anything.'"

-Rachel Zegler, the actor playing Maria in the forthcoming film adaptation of West Side Story—who's also been cast as Snow White in a new project