How to combat the ‘Great Resignation’? Treat workers like humans, not resources 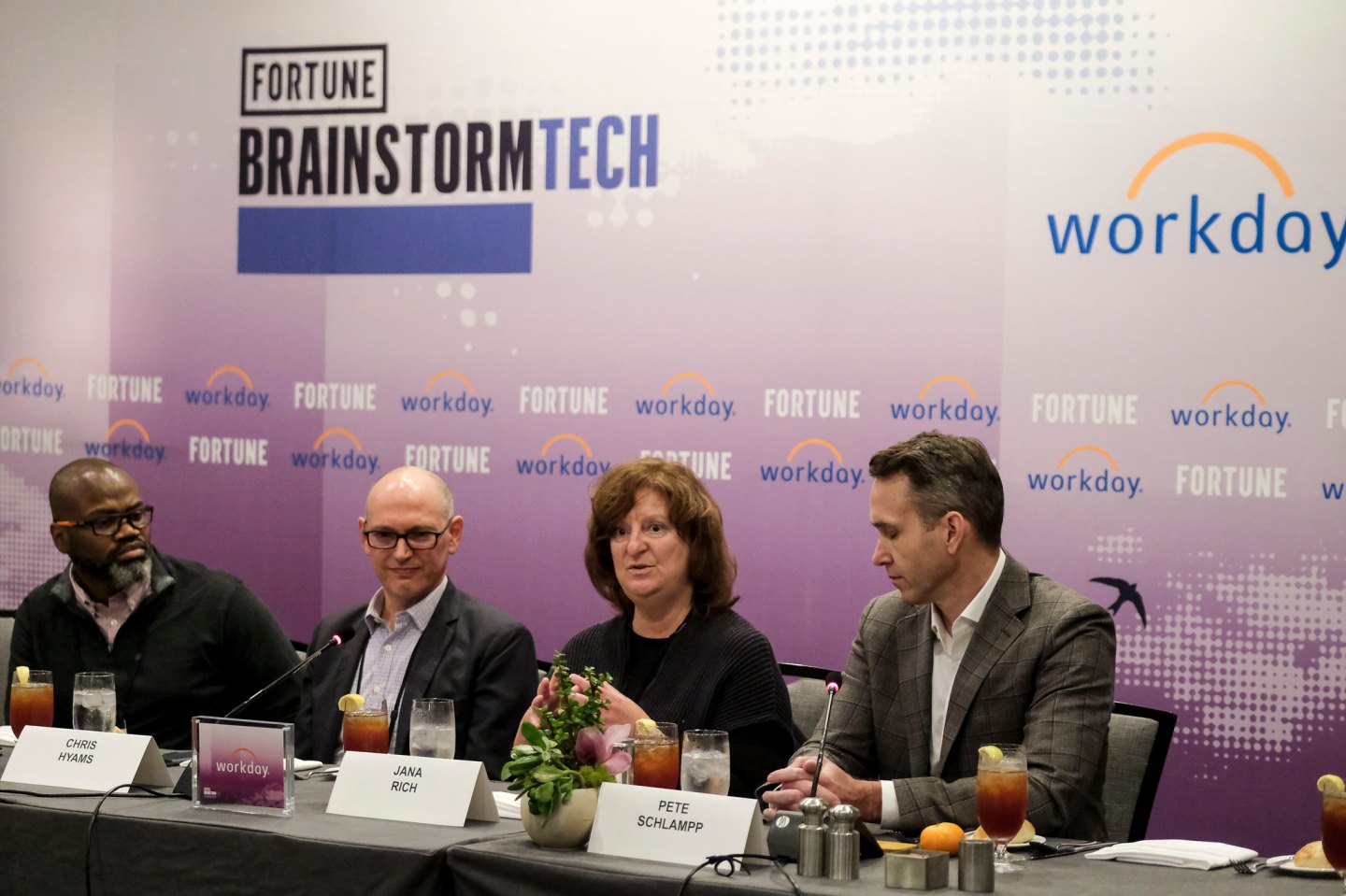 A panel of recruitment experts speaks that the Fortune Brainstorm Tech conference in Half Moon Bay, Calif., on Nov. 30, 2021.
Photograph by Nick Otto for FORTUNE BRAINSTORM TECH

If companies are frustrated with high turnover and challenging recruitment in a job market made tight by the so-called ‘Great Resignation,’ they need to rethink how they approach personnel management, hiring experts said at the Fortune’s Brainstorm Tech gathering on Tuesday.

In the U.S., some 3% of workers quit their jobs last month, a record number. But a closer look at the data shows that the ‘quit’ rates are far worse in areas like manufacturing, retail, and any job involving an increasingly unruly public than in better-paid fields such as finance and tech.

A group of experts told the Fortune conference in Half Moon Bay, Calif., said that a key part of taming this problem across industries, will be for employers to understand the change in mindset for workers.

“People are making choices to go to companies that are recognizing them as humans,” said Fredrick ‘Flee’ Lee, chief security officer of Gusto, a cloud-based payroll, benefits, and human resource management software company. That means no longer making moves like, for instance, layoffs, without thinking about the long term impact the decision could have on employees’ perception of their employer and, by extension, their loyalty to the company.

It also requires developing a better appreciation for what’s on employees’ minds, and what a company stands for. “What’s been true pre-pandemic is more true now than ever before. People want there to be a real
heartbeat and for CEOs in particular who really stand by the values to speak out,” said Jana Rich, CEO of Rich Talent Group. She dislikes the term ‘Great Resignation’ and sees the phenomenon as more of a ‘Great Re-Evaluation’ resulting from all the trauma of the last 20 months that led people to reassess what matters to them most.

That includes choosing employers based on their diversity, equity, and inclusion, she and her co-panelists agreed. Part of demonstrating a commitment to DEI is allowing employees to process events that spotlight racial inequity or other social ills. “For most people, their place of work is the most diverse eight hours of their day, said Chris Hyams, CEO of Indeed, an online job site. “And so for a whole host of our white male cis employees to be able to be around other people and to be able to give them the grace to show up and listen, and actually just shut up and listen to how people were processing things.”

Another key thing for employers hoping to attract and retain employees is adjusting to the changing desires of workers, including flexibility in where they work geographically, and whether they choose to work from home for a sizeable amount of their time.

“What I think a lot of successful companies are doing today is they’re finding ways to move talent around within the companies, growing talent, giving them new skills as they’re able to do that,” said Pete Schlampp, chief strategy officer of Workday.