Divorces are on the rise thanks to COVID and the holiday season. 3 lawyers reveal what it costs to split up in 2021 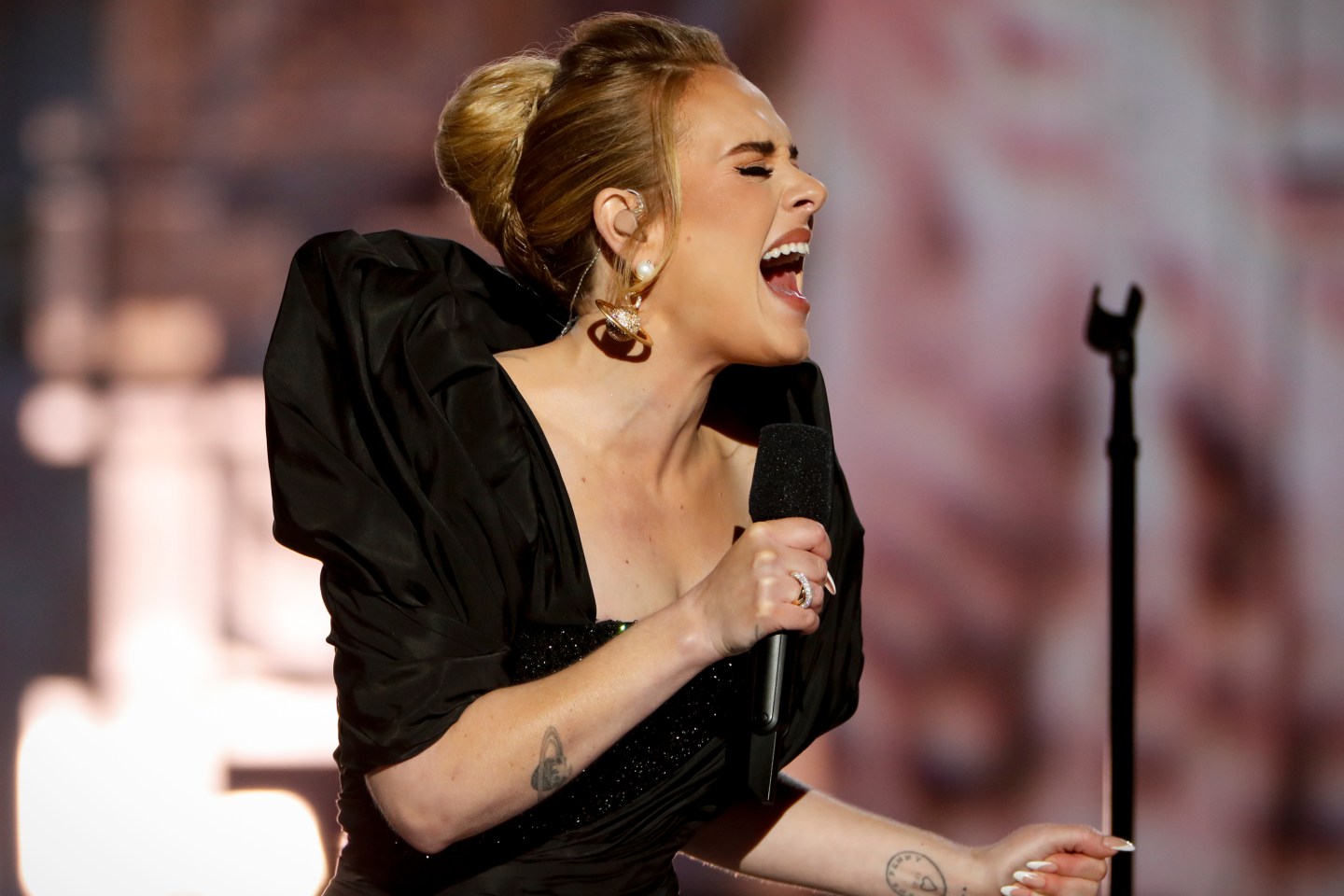 LOS ANGELES - OCTOBER 24: ADELE ONE NIGHT ONLY, a new primetime special that will be broadcast Sunday, Nov. 14 (8:30-10:31 PM, ET/8:00-10:01 PM, PT) on the CBS Television Network, and available to stream live and on demand on Paramount+. (Photo by Cliff Lipson/CBS via Getty Images)
Cliff Lipson—CBS via Getty Images

Adele’s long-awaited fourth studio album “30,” has finally been released. The album’s 12 tracks center around the 15-time Grammy winner’s divorce from ex-husband, Simon Konecki, which was finalized earlier this year. They’ll share legal and physical custody of their 8-year-old son, Angelo, and while the financial details of the settlement are not publicly available, the singer was worth many millions at the time they split.

Although Adele’s newest album is all about the heartache she experienced for the past two years since she announced the split, divorce has undeniable financial impacts as well. Fortune spoke with three divorce lawyers to understand some of the biggest costs behind getting divorced today.

Attorneys are paid hourly, which means that the longer the divorce takes to finalize, the more it can cost. In 2019, Business Insider reported that the average cost of getting divorced in the U.S. is $15,000. But the experts Fortune spoke with say attorney rates can vary widely across individual counties, let alone different states.

Alicia Gaudio has practiced divorce and family law for the past 20 years. She currently works in Westchester County, New York, a particularly wealthy area of the U.S., where she says attorney’s fees can range from $350 to $750 an hour. That means that for an 18-month case, it’s not uncommon for attorneys to charge their clients up to $100,000. Gaudio said that many times, fees can accumulate while the case itself moves very slowly, which clients might not be prepared for.

“If somebody feels that they’re not making progress, and yet they are still paying attorney’s fees every month, it can get somewhat frustrating,” said Gaudio.

The least expensive divorce Gaudio says she’s worked on came to a total of $2,000 in attorney’s fees over three months. But the couple was only married for a short amount of time and shared no assets or children, which is rare. If a couple does hold shared property, assets or has children together, paying for other experts like forensic accountants or child custody evaluators who have their own hourly rates can add up to $50,000 for each divorcee in the final bill.

For working or middle class people, the decision to hire an attorney or outside experts can sometimes feel like a cost-benefit analysis. While money can be initially saved by forgoing legal assistance, the court might not grant you what you want in terms of settlement or custody fees.

“[Sometimes] you’re spending money on the litigation in order to get a more favorable or a financially responsible settlement,” Gaudio said.

Angeles Carrion is an attorney in Colusa County, California, and works with a variety of clients at different income levels. She says that people often prioritize hiring an attorney to help them through the process, even if it’s expensive.

“It really just comes down to how badly people feel like they might get screwed if they don’t hire an attorney,” Carrion said.

There are a lot of other costs to consider

Besides attorneys’ fees, there are a lot of other costs to consider.

Families need to think about the cost of splitting up into two separate homes instead of the one they shared.

“It’s a huge expense,” said Harriet N. Cohen, who has been practicing family law for over 40 years. “For middle class people, it’s so enormous that it sometimes keeps people together.”

The divorce process can also, of course, be an emotionally taxing one. And that can come with its own costs.

Cohen said her clients usually have emotional support services like therapists or psychiatrists to help them get through it.

“​​I’ve represented a lot of celebrities and they usually have their own therapeutic staff in place by the time I meet them,” Cohen added. “Because they’re generally highly-intelligent, nuanced and complicated people who understand that they perhaps need some kind of help in that direction.”

It depends on what you make and where you live

High-earning people who work in industries like finance or real estate in New York City should be prepared to dish out at least $25,000 in attorney’s fees alone, not including the property and assets they may have to split, according to Cohen, who says that rates for the best Manhattan attorneys can start at $1,000 per hour.

For high-profile clients with a large public following or high net worth, the price tag for divorce can start in the millions, she added.

But in more rural areas of the U.S. like Colusa County, attorney’s fees can start at $250 an hour, according to Carrion. The most expensive divorces that she sees are still shy of $20,000 in attorney’s fees.

“We have farmers, so the demographics of the people that live here are not the same as they’re going to be in San Francisco or in L.A. County,” said Carrion, who says she is one of only two divorce attorneys practicing in the county.

It’s also not uncommon for people in rural areas, or people with low incomes, to forgo hiring an attorney altogether. Courts sometimes have free family law facilitators who guide those without legal help through filing forms for divorce, child support and child custody. In that case, litigants are only subject to court filing fees.

The one thing that all the attorneys Fortune spoke with agreed on? If two parties are on especially bad terms, their divorce will be longer and more expensive. Sometimes the most costly divorces can simply be a result of the two parties letting their emotions get the best of them.

“One of the bigger factors is just how the other person’s going to react or behave throughout the process,” Carrion said.

Divorce lawyers get busy after the holidays

Every lawyer Fortune spoke with said that many people choose to divorce after allowing themselves to enjoy a summer vacation or winter break. It’ll be no different this new year, the attorneys predict.

“Some families know they’re going to get divorced, but they don’t necessarily want to do it during the holidays,” Gaudio said. “Traditionally, I’ve seen more cases come in all at the same time in September and January.”

And the pandemic has been especially hard on marriages, according to Cohen, who said that her practice has seen an increase in people looking for a divorce lawyer since the pandemic began in early 2020.

“The numbers are [still] going up,” Cohen said. “People couldn’t stand living with each other during the pandemic. They were locked down together. As soon as these high-charge people were able to go back to their offices, they also began flooding back to divorce lawyers’ offices.”

Prenups and postnups can drastically bring down the cost of divorce

Cohen says that since the start of the pandemic, she’s seen a rise in prenuptial and postnuptial agreements, which say “exactly what’s going to happen at the time of divorce,” such as how assets will be divided among the two parties. She speculates that it’s becoming common practice among young, well-educated professionals who have high-paying jobs and are hoping to keep the money that they make.

Sometimes, it’s the wealthiest couples who have the quickest, and the least (relatively) expensive divorces, Gaudio and Cohen both said.

The one piece of simple advice Gaudio has for those looking to keep divorce costs down? Be reasonable and open to compromises to minimize attorney’s fees.

“Sometimes it’s out of everyone’s control. Obviously, if you’re fighting about a safety issue with regard to children, then you need to do what you need to do to protect the children,” Gaudio said. “But certainly on the finances, the more reasonable and the more compromises, the less litigation.”