The major killer that America is ignoring 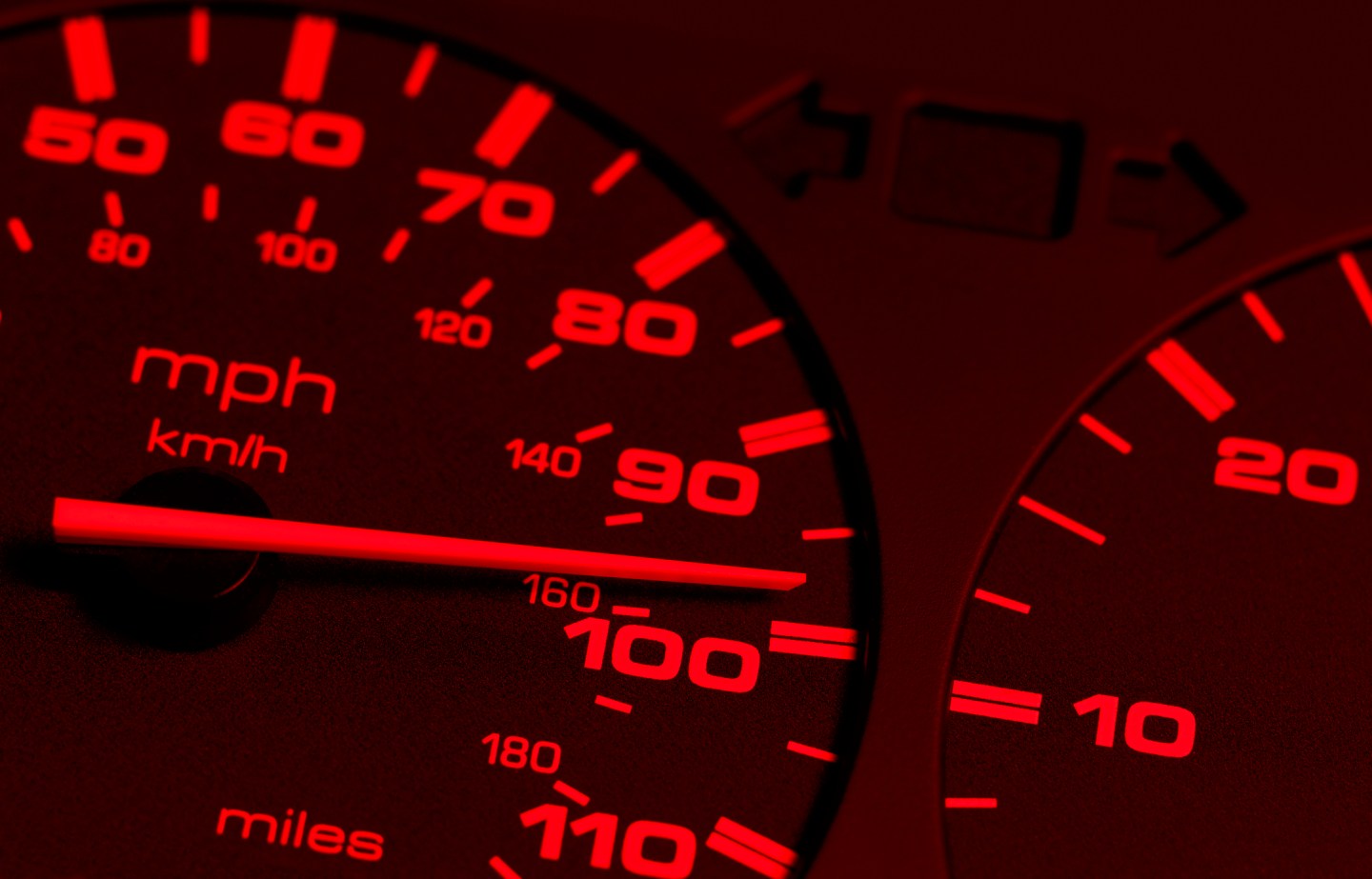 Speeding in the U.S. has become a deadly social norm. It’s “the enemy…It’s the other pandemic,” says Pam Shadel Fischer, senior director of external engagement for the Governors Highway Safety Association (GHSA). And while speed-related fatalities are not an America-only issue, the traffic fatality rate in the U.S. is 50% higher than in Canada, Australia, Japan, and Western European countries, where, according to a World Health Organization (WHO) report, traffic fatality rates have been falling.

They are likely to continue to fall overseas. In an effort to slow drivers down, next year the United Kingdom and the European Union will require speed sensor technology in all new fleets of cars; the United States will not. “Speed in this country has been so ignored, it’s like the forgotten safety problem, but it kills almost 10,000 people a year,” says Fischer. “These are real people, families. We have to change the social norm.”

After distracted and intoxicated driving, speeding is the third leading cause of motor vehicle deaths in the U.S. And America’s love affair with faster, larger cars directly correlates to increased death tolls on America’s roads, says Danny Harris, executive director of Transportation Alternatives, a New York City–based advocacy group. Research shows that 72% of cars currently sold are full-size, light-duty pickup trucks and SUVs (and the number is expected to climb to 78% by 2025).

“The car companies have certainly proved a willing indifference to saving lives,” says Harris. “They’re basically saying we will build bigger, more powerful, faster vehicles because, allegedly, that’s what consumers want. But consumers don’t want to murder a child while driving to the grocery store; that, unfortunately, is overlooked by car companies when they’re building this new array of faster, bigger assault vehicles and unleashing them across American streets,” says Harris.

Even before larger, faster vehicles became the popular choice for drivers, the U.S. Department of Transportation had for decades reported that one-third of all motor vehicle fatalities involve speeding. During the height of the pandemic, things got even more deadly on U.S. roads. Though fewer vehicle miles were driven owing to pandemic stay-at-home orders, speed-related fatalities were up 11% in 2020 as compared with 2019—from interstate highways to city streets, rural areas to suburbia. “Regulators are aiding and abetting” this pattern, says Harris, and have been doing so since the car was first introduced more than 100 years ago. “Government has done very little to actually regulate what they know is killing people, which is speed, which is bigger vehicles, which are roads that are not designed for people,” says Harris. “Why do Americans need such large, fast cars?” The answer, he notes, is the false narrative car manufacturers have preached to consumers “and that our leaders have foolishly amplified; this dangerous and entitled illusion that people have the right to the biggest, fastest cars that they can or cannot afford, and then use them in a reckless manner that endangers everyone on our streets.”

By July 2022, all new fleets of cars in the EU and U.K. will be required to include speed limiters. The regulation also mandates that by 2024 all new cars already launched be fitted with intelligent speed assistance (ISA), a technology that limits a car’s speed by reading GPS data and speed limit signs. The technology does not force drivers to slow down but rather “encourages” them to do so by reminding them of the speed limit. Much like cruise control, the technology can be overridden. However, the data recorded by “black boxes” will be available to the police and insurance companies; they, in turn, can then use the information to determine if a driver was speeding and, further, if the driver continued to speed while ignoring the car’s warnings. The technology is expected to reduce fatalities by 20%.

Fischer says the reason the U.S. isn’t adopting this technology is politics. While states and cities can require speed-limiting technologies on devices like e-scooters, only Congress and the National Highway Traffic Safety Administration (NHTSA) can make changes to Federal Motor Vehicle Safety Standards (FMVSS). “When it comes to vehicles and adoption of vehicle technology…we don’t have that mandate,” says Fischer. “We’ve fallen behind.” Until it’s required of car companies by federal law, Fischer says it will remain up to each individual auto manufacturer to slow their cars down. Currently, Volvo is the only manufacturer selling cars with speed-limiting technology in the U.S.; rolled out in 2020, Volvo’s cars are built to go no faster than 112 mph. No other carmakers have followed the lead. “What is the intention of car manufacturers who are selling vehicles that can exceed the speed limit in some cases by more than 200% and unleashing them on American streets?” asks Harris. “Car companies certainly know that speed is one of the biggest factors in killing people,” he adds. “This is not negligence. This is a willful incitement, and causing violence by auto manufacturers on our streets…They are selling identity, violence, and toxic masculinity.”

With no federal mandate to make cars slower, safety advocates are focused on road geometry and the addition of “traffic calming measures” to combat speeding. “Roads need to be designed so that people behave the way we want them to, without the need for additional enforcement,” says Sarah Abel, a transportation planner. Termed “self-enforcing roadways,” or “self-explaining roadways,” these streets use countermeasures to slow drivers down, which is good for those inside the car as well as those around them, including cyclists and pedestrians. Abel says one goal is to narrow the tunnel of vision for drivers so they slow down; and one way to accomplish that is to narrow travel lanes, reducing their width to 10 feet in urban areas. High-visibility pavement markings and crosswalks, as well as the addition of street trees, offset curb extensions, called chicanes, and other bump outs are additional examples. “We need to think about the crashes that we see on our roads and how we can prevent them from causing a fatal or serious injury through road design,” says Abel.

“If you can make the streets safest for the most vulnerable then you make them better for everybody,” says Harris. Studies show that people of color, those who live in low-income communities, and the elderly are killed at a disproportionately higher rate.

Educating drivers is also a key approach. “We really have to start to move the needle and create a groundswell, a greater awareness of the danger of speeding and really start to change the social norm,” says Fischer. The GHSA is teaming up with two other national roadway safety organizations—the Insurance Institute for Highway Safety (IIHS) and the National Road Safety Foundation (NRSF)—to pilot educational campaigns that teach Americans the importance of slowing down. The approach is not unlike the campaign to get drivers to buckle up, which began as a pilot in North Carolina in 1993. The “Click it or Ticket” campaign, while decades-long, has resulted in a seat-belt usage rate of almost 90%. There are two speed-education pilots in the works. The first took place this summer in Bishopville, Md., a rural corridor that also gets a lot of beach traffic from vacationers from D.C. and its suburbs. The second, in an urban setting, will kick off this winter in Richmond. The end game, says Fischer, is to figure out what works so they can roll out speeding campaigns nationally, “to really get the public to say, ‘You know what, yeah, that’s wrong. I shouldn’t speed.’ It’s going to take a lot of work. It took us a long time to get where we are with seat belts, but we’re not going to give up. I mean, we’re losing lives every day.”