It could have been me: The NCAA must do more to protect student-athletes from sexual abuse 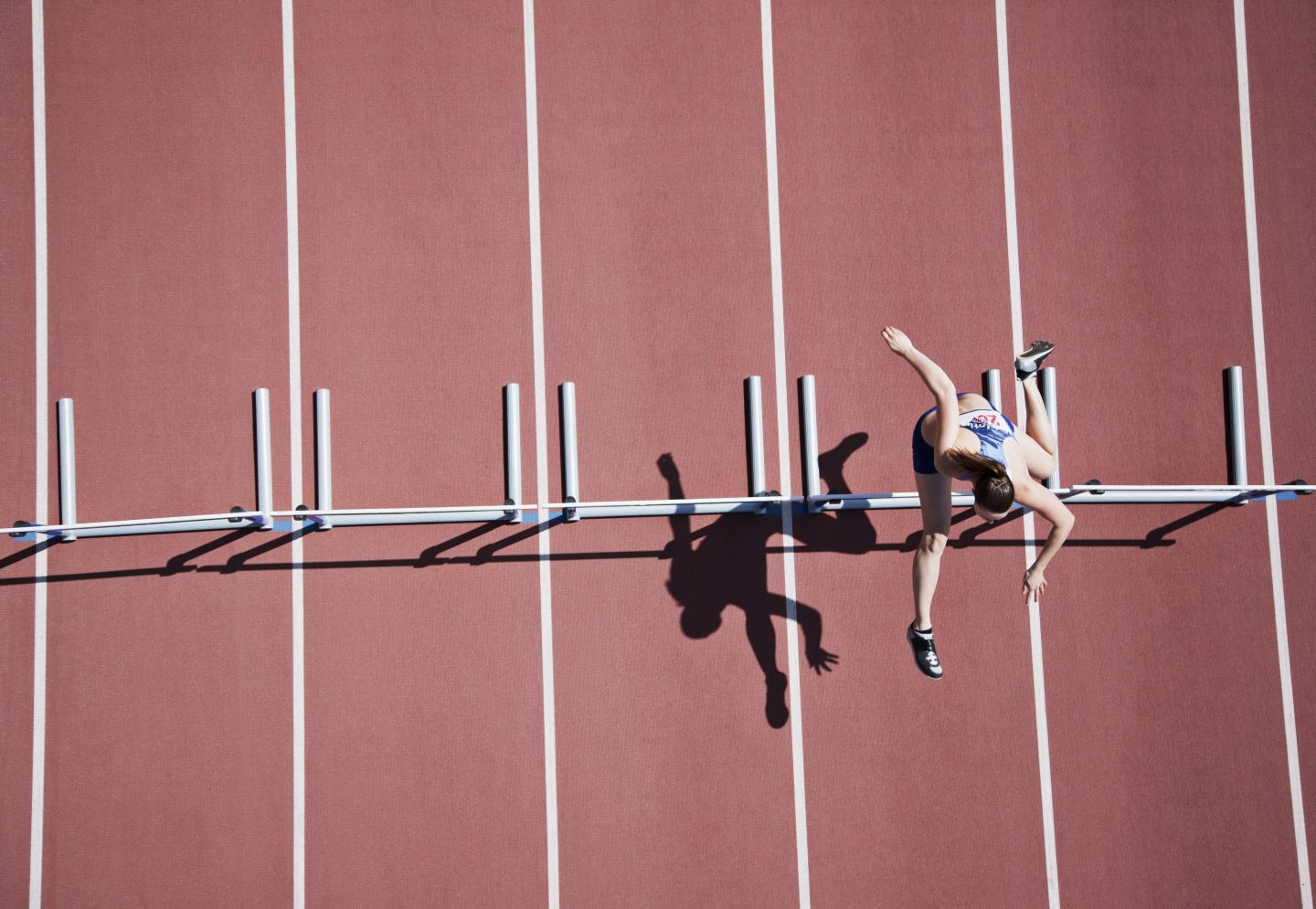 "In our current system, the NCAA is allowed to turn a blind eye to abusive behavior by coaches," and "avoiding abuse is whittled to something as thin as luck," writes Summer-Solstice Thomas.
Getty Images

Note: This essay includes descriptions of allegations of sexual misconduct.

I was sixteen and gangly. I used to feel his gaze on my bony back, my arms swinging, shoulder blades cutting back and forth like bird wings as my knees pulled up into a marching drill.

Back then, six years ago, I craved his approval. Now I look back on teenage memories and wish I could wrap my arms around those knobby elbows and protect that girl—protect her from the horrific potential of that gaze.

Between 1996 and 2001, according to the allegations in a federal lawsuit, John Rembao groomed and then emotionally and sexually abused three women—Erin Aldrich, Jessica Johnson, and Londa Bevins—while coaching them at the University of Arizona and the University of Texas-Austin.

After gaining their trust through nightly “recruiting” calls—using the pretense of scholarship offers and athletic potential to make Aldrich, Johnson, and Bevins crave his approval and attention—Rembao allegedly manipulated the power of coach over athlete into abuse.

From 2013 to 2016, John Rembao privately coached me and four other high school track athletes upwards of 20 hours a week.

As we did warm-up drills, he asked us about our day. He knew the names of our best friends, the details of arguments with our parents, our plans for the weekend. He asked us if we were dating anyone.

In his office, the plaintiffs’ case alleges, Rembao took advantage of Aldrich and performed oral sex on her. When Johnson complained of soreness in her legs, he pushed up her shorts and massaged her naked buttocks and inner thighs. In closed-door meetings, he rubbed his erection against Bevins, while kissing her neck, head, and hair.

While Rembao has admitted that he had a relationship with Aldrich, he denies his conduct constituted abuse, and he has denied all other allegations in the lawsuit.

He took us to eat burritos after practice. He drove us to track meets in his car. He hugged us when we cried in frustration, upset that the technique we aspired to wasn’t translating in our confused, immature bodies.

The summer after Aldrich graduated high school, when she was barely 18 years old, Rembao accompanied her to the World Junior Championships and, she alleges, digitally penetrated her under a blanket on the plane, claiming they were now part of the “mile high club.” It was her first experience of physical intimacy.

My training mate would call Rembao every Fathers’ Day, even into college, a tribute to the magnitude of his mentorship. We thought we knew him, we respected him. We let him get to know us.

Reading the testimonies of the three survivors, I see so many parallels with the phrasing and mannerisms I associated with the coach I thought I knew. Were we unknowingly prepped to be victims, too? If I could be coached by John Rembao upwards of 20 hours a week for three years and never have an inkling that he was an accused sexual predator, then how many other Rembaos are out there?

The National Collegiate Athletic Association (NCAA) has defined romantic coach-athlete relationships as abuse because of the inherent power dynamic. But it has yet to write that definition into enforceable regulations. And a recent court ruling, in a case involving Rembao’s conduct as an NCAA-institution coach, has enabled this powerful organization, once again, to avoid responsibility for curbing the behavior of the coaches who wield—and misuse—authority under the association’s auspices.

All three alleged cases of abuse perpetrated by Rembao were reported to the NCAA member universities that employed him. Aldrich’s roommate reported Rembao to the University of Arizona, according to the plaintiffs, after she caught him in their dorm room, while both Johnson and Bevins reported the abuse to the UT-Austin themselves. Instead of receiving protection and justice, the women allege in their suit, they were doubted, told they were being overly sensitive, and made to feel like the abuse was their fault. Meanwhile, there is reason to believe that the universities did take the allegations seriously, as after both alleged reporting incidences, Rembao subsequently left the institution. (Both universities have declined to comment on the Rembao case.)

In her formal complaint to UT-Austin, Johnson reported several abusive incidents, including one private post-practice meeting where Rembao licked her neck, commenting, “Mmmm, salty.” The university’s investigation reported that such behavior was “not sexual in nature,” rather simply “boorish.” Johnson alleges that rather than corroborating her claims, investigators convinced her that pursuing any legal recourse would be fruitless.

No formal actions against Rembao’s behavior were taken.

Instead, Rembao subsequently coached at six different NCAA member institutions (notably never staying more than five years at a single university), served as USATF’s High Jump Coordinator for 10 years, and was an Olympic Training Center clinician for eight years—gaining access to countless young athletes even as other coaches “acknowledged that Rembao had a reputation with female student-athletes,” according to the lawsuit.

Instead, Rembao was allowed to privately coach high school girls, often at the track with them alone for upwards of 20 hours a week.

I feel lucky, thankful, that I wasn’t abused by Rembao.

Not being abused as a young girl shouldn’t be about luck. Yet in our current system, the NCAA is allowed to turn a blind eye to abusive behavior. Because the NCAA is not federally funded, courts have ruled that athletes cannot sue the NCAA under Title IX—which bans sex discrimination, including sexual harassment. Therefore, any response to sexual assault and harassment, even when related to NCAA athletic operations, is left to member institutions. However, it is clear—from cover-ups of sexual assault committed by athletic department staff at multiple prominent NCAA institutions—that when left to their own discretion, athletic departments fail to properly protect athletes from assault at the hands of their staff. In this system, avoiding abuse is whittled to something as thin as luck.

All three survivors—Aldrich, Johnson, and Bevins—claim they have endured life-long battles with anxiety and depression due to Rembao’s sexual abuse. On March 11, 2020, they filed a class-action lawsuit against Rembao for abuse and against the NCAA for negligence in its failure to protect young student-athletes. The lawsuit against Rembao is in the pre-trial discovery process before a court in California.

But the NCAA portion of the case may have run its course. The NCAA and its board of governors filed a motion to dismiss it, asserting that the NCAA “has no legal duty to protect NCAA student-athletes from such predatory conduct.” On Sept. 30, the NCAA’s motion to dismiss was granted by a federal district court in Indiana, which found that Aldrich, Johnson, and Bevins’s claims were barred on the basis of statute of limitations—concluding that the victims’ claims were untimely.

This outcome is particularly frustrating, because according to the plaintiffs, all three cases of Rembao’s abuse were reported—by Aldrich’s roommate and by Johnson and Bevins themselves—to his employing universities within weeks of the abuse. If NCAA regulatory infrastructure had been in place to properly address such abuse—rather than leaving it to internal university investigations—these survivors would have received justice long ago. Instead, their claims have been dismissed on the grounds of tardiness, and it’s possible they many never receive the recourse they sincerely deserve.

In fact, if the survivors’ case details anything, it is that by refusing to enact policies and pushing responsibility onto NCAA colleges and universities, the NCAA has avoided liability for protecting student athletes for far too long—at the very least 25 years too long. Never mind the fact that protecting student-athletes from abuse should be the bare minimum for an organization that describes itself as “dedicated to the well-being and lifelong success of college athletes.”

The NCAA recognizes that sexual abuse presents extreme risk to the well-being of student athletes and is egregiously prevalent, but has yet to take any responsibility for protecting student-athletes under its jurisdiction.

In 2018, after former U.S. women’s gymnastics team doctor Larry Nassar was found guilty of sexually assaulting over 350 athletes, the NCAA was unable to find any breach of NCAA legislation, despite the recorded failure of Michigan State University administrators to act on abuse reports for over 20 years while it employed Nassar. Michigan State paid $500 million in settlements to victims—the largest known settlement in a university sexual assault case.

If 350 victims of abuse and 20 years of negligence aren’t enough to violate NCAA by-laws, then those by-laws are certainly not enough to protect our student-athletes.

The plaintiffs’ case requested a court order to amend four serious shortcomings in NCAA by-laws. It noted that:
(1) NCAA regulations do not prohibit sexual or romantic relationships between student-athletes and athletic staff, even though the NCAA itself has defined such behavior as abuse;
(2) Investigations into allegations of abusive conduct by athletic personnel are not conducted by an independent third party, and therefore become insular and prioritize institutions’ self-interest;
(3) Unlike the US Olympic and Paralympic committees, which have an overseeing third party—SafeSport—tracking and investigating athletes’ abuse claims, there is no centralized system for reporting and tracking abuse allegations at NCAA member institutions, and coaches facing accusations like those against Rembao are allowed to slip under the radar and simply move along to other victims;
(4) The NCAA mandates sexual assault training for coaches and athletes, but focuses solely on peer abuse, and does not provide critical education on healthy boundaries between student-athlete and athletic authority figures.

Given that a court has dismissed the case against the NCAA, it is unlikely that the organization will voluntarily undertake any of these bare-minimum protections for its student-athletes. Instead, the NCAA is getting away with turning a blind eye to the abuse rampant within its member institutions—once again.

It is high time that the NCAA joins other prominent athletic institutions—including the U.S. Olympic & Paralympic committees, USA Hockey & USA Swimming, among others—and establishes zero-tolerance regulations and rigorous independent oversight to protect student-athletes from sexual assault. Only then will the NCAA live up to its mission.

The system failed me. It failed to prevent me and other high school girls from being put in a dangerous and precarious position. The system profoundly failed Aldrich, Johnson, and Bevins. It failed to recognize their alleged abuse, acknowledge their terror, or provide them with any meaningful recourse.

This is a call to action. Break the silence. Insist the NCAA protect our knobby-elbowed, uncoordinated, vulnerable daughters, sisters, and friends. Demand that they protect the victim I could have been.

Summer-Solstice Thomas, Williams College ’20, is a former track and field co-captain, a 6-time All-American, and conference nominee for NCAA Woman of the Year 2020.