Dick’s Sporting Goods gets an assist from Nike 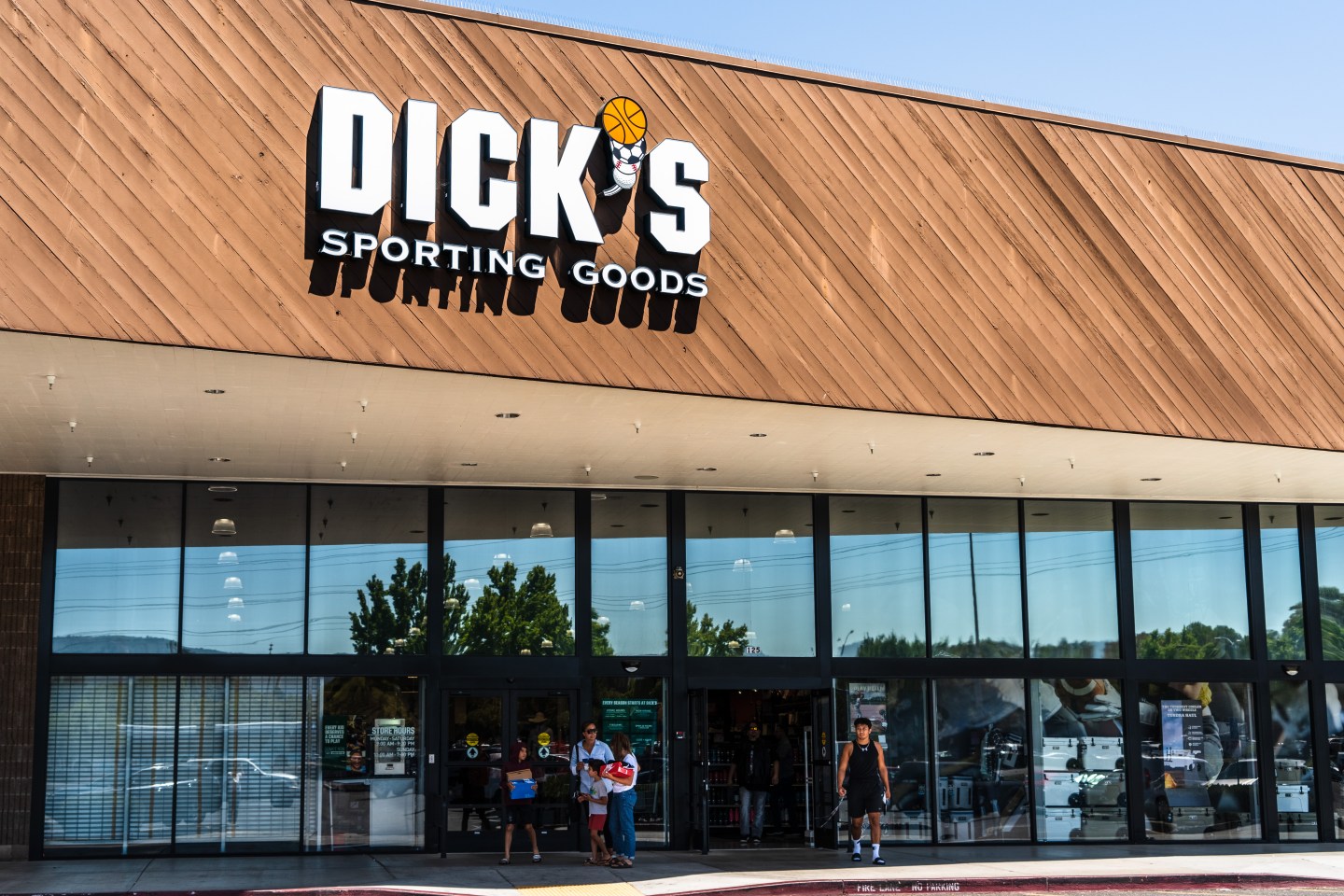 Nike is doubling down on its decades-long partnership with Dick’s Sporting Goods by connecting their loyalty programs, the companies said on Wednesday. It’s a move brands rarely make and another step forward in Nike’s long strategy of working more closely with fewer but successful retailers that showcase its wares at a high standard.

Dick’s Sporting Goods, which got 19% of its sales from Nike products last year, has been one of retail’s biggest winners during the pandemic. It has pulled ahead of rivals, aided by strong e-commerce muscles and concerted efforts to keep stores tidy and designed to attract shoppers. That in turn has made Dick’s all the more attractive to Nike, which has reduced the number of wholesale partners in recent years to focus on the most productive ones.

That track record led Nike to allow Dick’s to connect members of its Scorecard loyalty program to its membership account via a couple of simple steps on Dick’s recently launched new app, giving Dick’s Scorecard’s 22 million members access to footwear and apparel launches that are exclusive to Nike members. Those include the launch this week of Nike Blazer shoes, along with running and yoga clothing, as well as Air Force 1 shoes in the near future. The companies said new items will be introduced this way on a regular basis.

Dick’s Sporting Goods CEO Lauren Hobart says connecting to Nike’s membership accounts will give her customers additional incentives to shop at Dick’s. Some 70% of Dick’s nearly $10 billion in annual sales came from its loyalty program last year. But it also shows that for all of Nike’s focus on direct-to-consumer, a retail term meaning a brand selling its products at its own stores, physical and digital, the brand still benefits from selling via strong retailers.

“They want retailers who are going to bring the best omni-channel experience to life and the best demonstration to life, and that’s what’s driving the partnership with Dick’s,” she tells Fortune. Dick’s has invested well in the upkeep of its stores over the years, in contrast to some department stores where Nike gear could often be seen strewn on the floor. Many Dick’s stores have features like batting cages and indoor golf ranges that have turned them into destinations that offer experiences, much as Nike’s stores seek to do.

Dick’s also operates two massive “House of Sport” stores, in Rochester, N.Y., and Knoxville, Tenn., which are as much sports complexes with 17,000-square-foot turf fields and running tracks, and a rock-climbing wall, as they are stores, eschewing the bland presentation that led Nike to exit many other retailers.

In 2017, Nike announced its Consumer Direct Offense strategy to end its partnerships with retailers it didn’t feel were up to par. Since then, it has stopped selling its products at retailers such as DSW, Belk, Bob’s Stores, Boscov’s, and City Blue, among others, and reduced its selection elsewhere. Earlier this year, Nike CEO John Donahoe singled out three successful retailers, notably Dick’s and Foot Locker in the United States and JD Sports in Britain, as “large strategic partners.”

And it’s easy to see why he views Dick’s as strategic. For all of Nike’s success selling on its own, it has only 30 Nike-branded full service U.S. stores (as well as 200 outlet stores), while Dick’s dots the country with stores. “The benefit of having 800-plus stores and Nike’s products and experience is just one plus one equals three,” says Hobart. Sales at Dick’s account for about 10% of Nike’s overall North American sales.

Nike’s VP and general manager for North America Sarah Mensah said in a statement that the Dick’s partnership reflected its efforts to help “consumers connect with sport and our products whenever, however, and wherever they shop Nike.”

While the partnership is brand-new after about nine months of incubation, it’s easy to imagine that down the line, Dick’s could use its network of stores to serve as pickup spots for Nike orders, though there are no current plans for that.

As for Dick’s, while its app has a lot of content like tips on how to improve one’s golf swing or freestyle stroke, Hobart thinks the Nike partnership will make it even more popular with its shoppers.

“It is our hope that the app becomes the hub of sport for consumers so this is the place where they go to unlock access to a bunch of benefits and products,” she said.