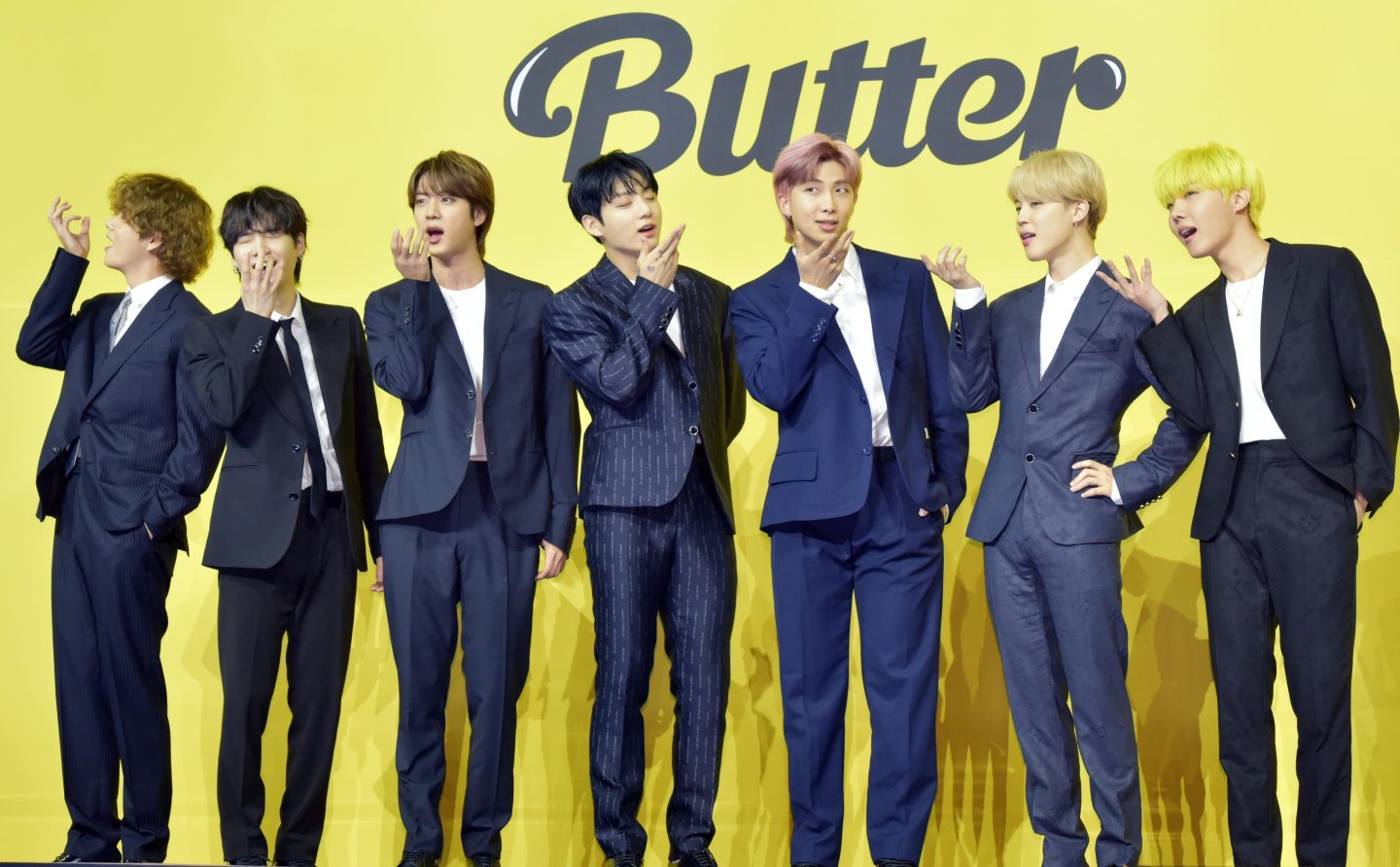 BTS attends a press conference for its new digital single “Butter” at Olympic Hall on May 21, 2021, in Seoul.
The Chosunilbo JNS—Imazins/Getty Images

Universal Music Group (UMG), the world’s biggest record label, has inked a licensing and distribution deal with South Korean boy band BTS that will go into effect on Dec. 1, according to reports from Billboard and Variety.

Under the agreement, UMG’s Ingrooves unit will handle distribution of the group’s music, while UMG’s Geffen Records will support the band on the marketing and creative side, says Bloomberg, who confirmed HYBE and BTS’s new partnership with Universal.

UMG’s win comes at the expense of Sony Music’s Columbia Records—the globe’s No. 2 record label—which signed a distribution agreement with BTS and their South Korean entertainment agency HYBE, three years ago, just as the band gained a massive worldwide following, known as the BTS ARMY.

Universal and Sony Music Entertainment did not reply to requests for comment.

Formed in 2013, BTS shot to fame on the back of their social media presence on platforms like Twitter and YouTube. BTS’s YouTube channel has nearly 60 million subscribers—surpassing Billie Eilish’s 43.4 million and more than double Drake’s 25.5 million. When BTS’s label HYBE went public in South Korea in October 2020, the company’s shares doubled in price, and its market value hit nearly $8.4 billion on the first day of trading. The initial public offering made company founder Bang Si-hyuk a billionaire and raised $20 million for each of BTS’s seven members.

Under Columbia Records, BTS marked many “firsts” for K-pop in the U.S.: They became the first K-pop group to perform at the American Music Awards in 2017 and to be nominated for a Grammy, a nod they earned this year. BTS’s 2020 English-language hit “Dynamite” became the first K-pop song to be certified double-platinum in the U.S., meaning that it has “moved” (sold or streamed) over 2 million units. Since last September, six BTS singles have reached No. 1 on the U.S. Billboard Hot 100.

The new partnership between UMG and BTS is only the latest K-pop coup for the label.

In recent years, UMG has made a huge push to invest in K-pop ventures as the genre’s popularity—and the larger “hallyu,” or wave of Korean cultural exports—grows worldwide.

This February, UMG and HYBE formed a strategic partnership to find the next big K-pop boy band through their newly formed joint venture record label. That same month, UMG became an investor in HYBE-backed livestream platform VenewLive, which streamed two BTS concerts in 2020, when the COVID-19 pandemic had led to the cancellation of many live shows.

In 2018, Universal inked a deal with South Korea’s Blackpink—the biggest girl band in the world. UMG’s Interscope Records division represents the quartet and distributes Blackpink music outside Asia. Last July, nearly 1.7 million fans watched the YouTube debut of Blackpink’s “How You Like That” music video, making it the most-watched music video premiere on the platform, breaking BTS’s previous record.

The K-pop market is growing increasingly lucrative. In the U.S., BTS songs have notched 10.6 billion on-demand streams, and BTS accounts for the majority of HYBE’s revenue.