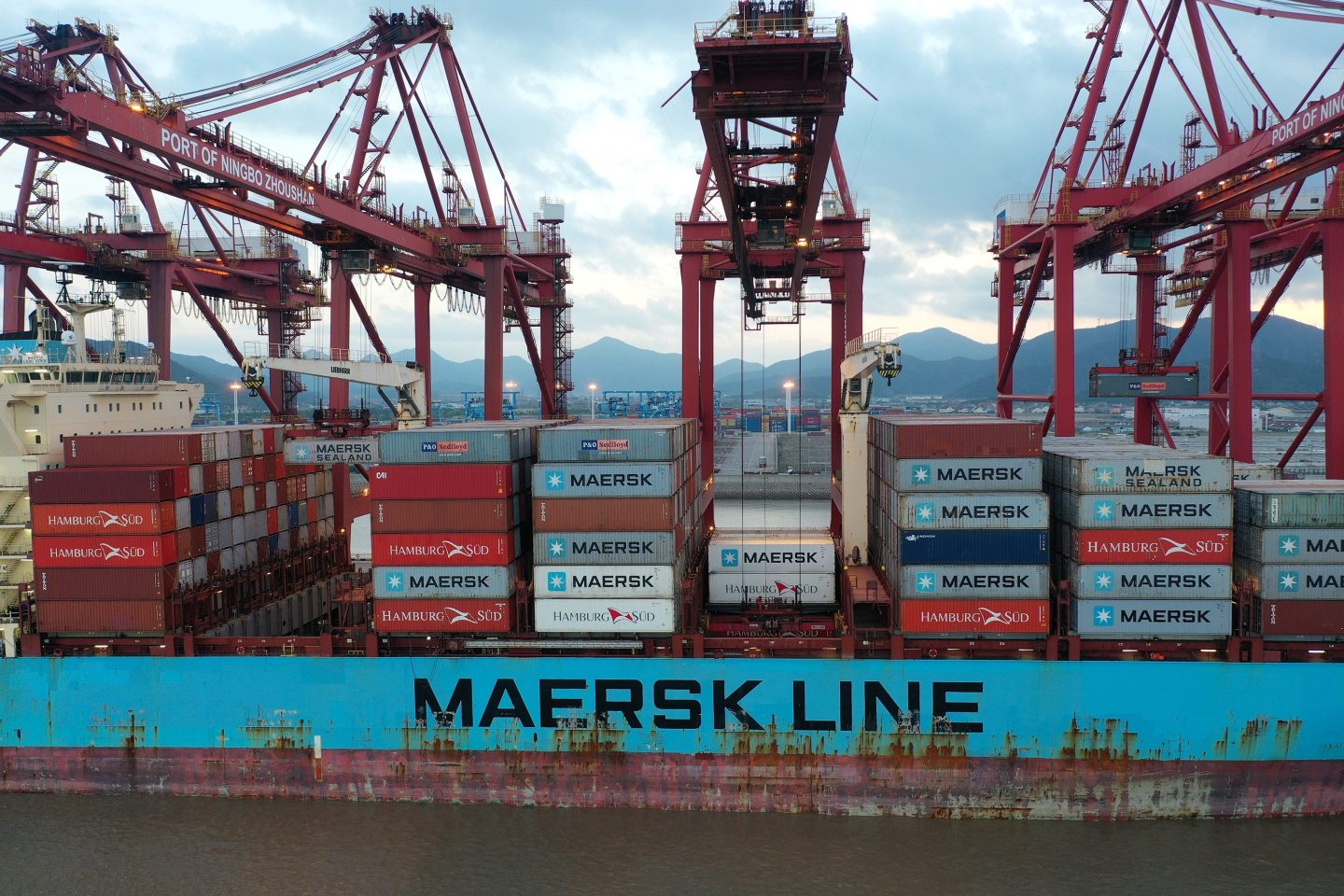 Containers are unloaded from a cargo ship of Maersk Line at Zhoushan port on Oct. 4, 2021, in China.
Yao Feng—VCG via Getty Images

“What we’re seeing right now is, to a certain extent, a consequence of a single-minded focus we’ve had in the industry up to now of focusing on efficiency and just-in-time delivery,” Jens Eskelund, managing director of Maersk China, told the Fortune Global 500 Summit in Hangzhou, China, on Tuesday.

Most supply-chain analysts have pointed to just-in-time manufacturing—a strategy that encourages manufacturers to maintain a bare minimum of stock in their own factories to save space and costs—as the bogeyman responsible for the current supply-chain crisis.

In just-in-time manufacturing, if one component is delayed or hard to come by, it can upend entire production cycles. And in the past two years, such disruptions have become commonplace.

Global supply chains are still recovering from the whiplash caused by the city lockdowns governments imposed in 2020 to contain COVID-19. Initially, lockdowns in China shuttered factories, which stalled much of the supply side in global shipping. Then lockdowns in the U.S. prompted a surge in demand, as people ordered electronics and gadgets to facilitate working from home.

Many other scattered disruptions—such as China briefly closing shipping ports in August and June to prevent a COVID outbreak, and the U.S. suffering a dearth of truck drivers needed for offloading goods at docks—have hobbled the shipping industry’s ability to rectify snags in their shipping schedules.

According to Bloomberg, 77% of the world’s ports are experiencing abnormally long turnaround times. Scores of ships remain anchored off the coast of U.S. and Chinese ports, idle, and waiting for space to dock.

The turmoil has pumped seaborne freight costs to record highs, rising over 300% year on year as of August, encouraging some exporters to hold off on shipping goods with low profit margins. Shipping costs are abating now, roughly halving between September and October, but docks won’t be able to work through the logjam of ships anytime soon.

However, supporters of the just-in-time manufacturing model argue that shipping goods across the world was never part of the just-in-time mantra. Just-in-time, advocates say, requires manufacturers to be closer to their suppliers. So shortening supply chains by on-shoring production—and cutting out long-distance shipping—is the best way to build resilience in supply lines.

The U.S., the EU, Japan, and China are all currently trying to on-shore semiconductor manufacturing. Delays in delivery of all-important semiconductors have been the most prominent example of the world’s supply-chain issues. But Eskelund says slow and expensive ships aren’t the only loose link in global supply chains.