Should kids under 12 get the COVID vaccine? What parents should know 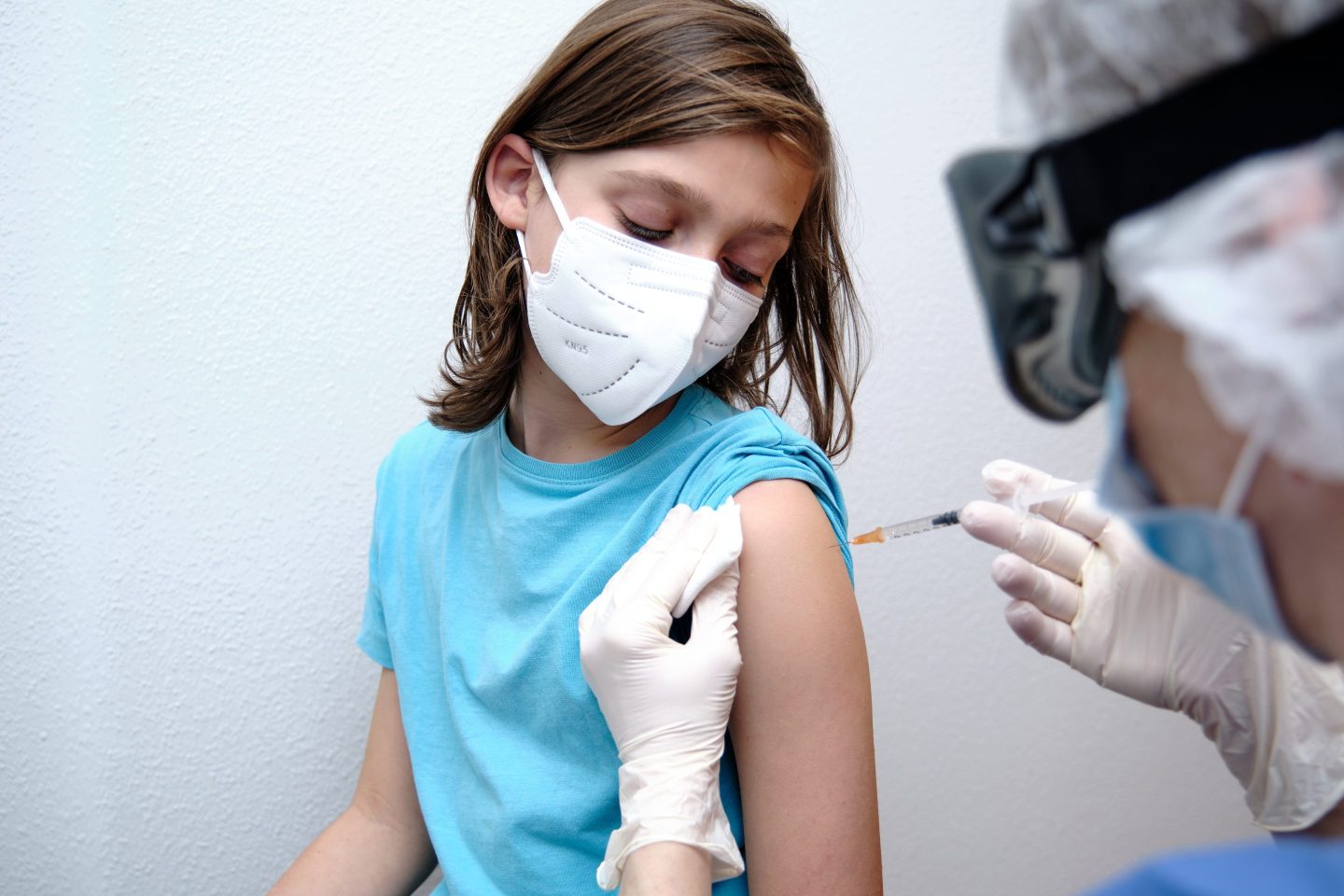 The FDA meets next week to evaluate vaccines for children ages 5 to 11. Here’s what parents should know.
Getty Images

For many parents, next week can’t get here fast enough. On Tuesday, the FDA vaccine advisory committee endorsed kid-size doses of Pfizer’s COVID-19 vaccine, moving the U.S. closer to beginning vaccinations in children ages 5 to 11. If the FDA and CDC back emergency use authorization, as they have for adults and adolescents previously, the vaccine could become available for younger kids as soon as next week. However, some parents may not think the vaccine is necessary for children, who have a much lower risk of severe disease and death than older adults. Here’s what you need to know when making the decision for your family.

Preliminary results Pfizer released in September suggest that the vaccine is safe in younger children and results in high levels of virus-fighting antibodies. Because children rarely become severely ill with COVID-19 and the clinical trial was relatively small (2,268 children, two-thirds of whom received the vaccine), a comparison between infection and hospitalization rates in vaccinated and unvaccinated kids was not available. However, the antibody levels produced after two doses were comparable to vaccinated 16- to 25-year-olds, even though the dose given in each shot in the pediatric trial was just one-third that given to adolescents and adults (10 micrograms versus 30 micrograms).

Pfizer didn’t include detailed safety information in its initial press release—that data will be reported at the FDA meeting—instead stating that the vaccine was “well tolerated, with side effects generally comparable to those observed in participants 16 to 25 years of age.” The most common side effects are pain at the injection site and fatigue, headache, chills, and fever a day or two after the second dose.

While the pediatric clinical trial was small in comparison to the 43,000-person initial study, Ibukun Kalu, a pediatric infectious disease specialist at Duke University, says that the results from the adult study have already given us a lot of information about the vaccine.

“We know the safety results in adults—the fact that this has been tolerated for months, and we’ve watched adults that have been vaccinated for over a year and a half without any severe side effects,” she says. “[That] allows us to have a much smaller, targeted trial in pediatrics and use that data to inform decision-making.”

One more worrying—but much more rare—side effect that has emerged with the vaccine is the heart condition myocarditis. Two papers from Israel released this month revealed that out of 2.5 million vaccinated people, 54 developed myocarditis, and that young men under the age of 30 were most likely to be afflicted. Of those cases, the vast majority (76%) were mild; one resulted in death.

The news of this potentially scary side effect in young people has understandably caused a lot of concern. But Paul Offit, director of the Vaccine Education Center at Children’s Hospital of Philadelphia, says that cardiovascular side effects are much more common with COVID-19 itself than they are with the vaccine.

“Myocarditis is always serious, but the good news is that this is generally transient, short-lived, self-resolving. It’s not like a viral myocarditis, which is much more serious,” he says. “And it’s extremely rare—it’s one in 40,000. Remember also, the virus infection, COVID-19, is associated with myocarditis. The infection causes myocarditis far more commonly, in roughly 2.5% of people that get it.”

Weighing the benefits and risks for kids will be parents’ most important task. And the reality is that COVID-19 poses a real threat to kids’ health and well-being. Although early in the pandemic there were reports that children were more likely to have asymptomatic infections, with the rise of the more aggressive Delta variant this summer, the situation has changed.

“When the virus first came into this country, children accounted for a little less than 3% of cases. Now they account for 27%,” Offit says. “In part because this is much more transmissible, and in part because they are a susceptible group” because they’re unvaccinated.

“Even though younger children are at comparatively low risk, that’s not the same as no risk, and we definitely are seeing pediatric cases of COVID-19,” says Daniel Summers, a pediatrician in the Boston area. “Even if a patient’s risk is low, I don’t want any of my patients to be that outlying case where the child ends up becoming seriously or critically ill.”

Summers adds that vaccinating younger kids will also help prevent outbreaks in schools, which will help keep kids in the classroom and avoid school closures and quarantines. “Something that approaches a return to normal will be more possible when you’ve got vaccinated kids,” he says.

Parents who’ve successfully kept their kids safe during the pandemic thanks to masks and extra precautions at schools and camps may wonder if the vaccine is really necessary. To them, Kalu says, protecting the community and finally ending the pandemic will require a combination of tactics.

“I commend people that have held on for the long haul and are doing what they can with masking and with staying in safe spaces to prevent COVID-19, particularly for the unvaccinated kids,” she says. “But vaccines work, they’re safe and effective and can help protect [not only] children, but also vulnerable adults that might be around them. And so I would still recommend getting the vaccine, and until we get our community rates down, continue to use whatever mitigation measures you’re using to keep your family safe.”

Update, October 27, 2021: This article has been updated with information about the FDA panel’s recommendations.