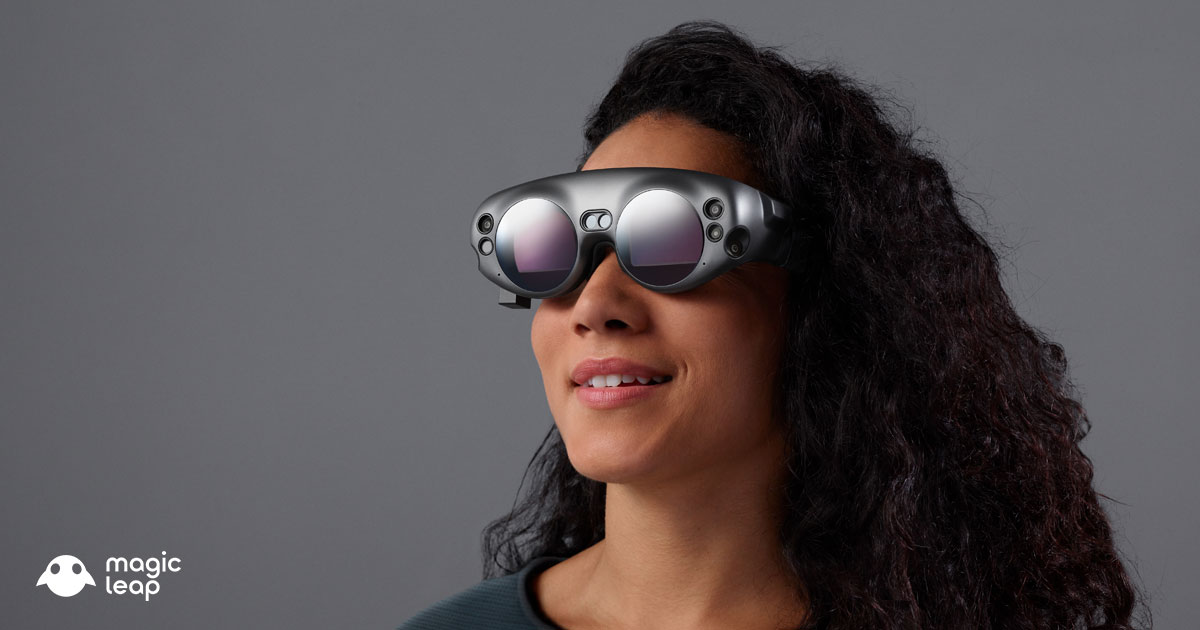 Magic Leap began its life in 2011 as a mysterious augmented reality startup from Florida that managed to raise an estimated $3.5 billion.

But then the magic wore off as it missed product launch dates. It’s $2,300 headset failed to sell. Questions about the viability of augmented reality rose. Investors wrote down their stakes in the company. Then founder Rony Abovitz resigned in May 2020, with Microsoft executive Peggy Johnson replacing him as CEO.

On Monday, the company now under Johnson has, keeping to its DNA, raised a mysterious $500 million round of funding from unnamed sources.

While the company is not dead, the round is a sign of just how much of a reset Magic Leap has faced. The new round, per the company, values it at about $2 billion—less than the totality of what the company has raised in its lifetime, and a valuation that harkens back to 2014, when the company raised at a reported $2 billion valuation with Google leading the round. At one point, the company—backed by the likes of Kleiner Perkins and Andreessen Horowitz—was reportedly seeking to sell itself at a $10 billion valuation.

Now Magic Leap plans to roll out the next generation of its headset, which is designed to be lighter with a broader field of view, and will ship in 2022.

Of note: This deal comes as Magic Leap has increasingly focused on its enterprise customers rather than its consumer base, and as Facebook has signalled that it sees a future in augmented reality increasingly in the workplace with the launch of its Horizon Workrooms app.

“This investment is an important step in advancing Magic Leap’s mission to transform the way we work,” Johnson said in a statement Monday.

As the pandemic pushed startups into a V-shaped bounce, it seems, so has Magic Leap. The question is, will its second generation headset hold up?

OATLY LEARNS IT’S HARD TO BE GREEN: My colleague Katherine Dunn dives into Oatly, and allegations the company has faced regarding greenwashing. The bottom line? ESG claims in general are a squishy problem, but one that deserves to be codified.

- Personio, a European HR software company for small and mid-sized businesses, raised $270 million in  Series E funding, valuing the company at $6.3 billion. Greenoaks Capital Partners led the round and was joined by investors including Altimeter Capital and Alkeon.

- Hubilo, a San Francisco-based virtual events and gathering software startup, raised $125 million in Series B funding. Alkeon Capital led the round and was joined by investors including Lightspeed Venture Partners and Balderton Capital.

- Open, an Indian neobank, raised $100 million in Series C funding. Temasek led the round and was joined by investors including Google, SBI Investment, Tiger Global and 3one4 Capital.

- SupportLogic, a San Jose, Calif.-based customer experience company, raised $50 million in Series B funding. WestBridge Capital Partners and General Catalyst led the round and were joined by investors including Sierra Ventures and Emergent Ventures.

- Tundra, a San Francisco, Calif.-based online wholesale marketplace, raised $26 million in Series B funding. Emergence Capital led the round and was joined by investors including Redpoint, Initialized, Peterson Ventures, and Background Capital.

-  Shift5, an Arlington, Va.-based cybersecurity company, raised $20 million in Series A funding. 645 Ventures led the round and was joined by investors including quadra Ventures, General Advance, and First In.

- Syngenta Group, a Swiss agriculture technology company, halted its IPO in China after the Shanghai Stock Exchange requested an update to its application, per Bloomberg. The firm had planned to raise $10 billion in the offering—which could make it the largest IPO in the world this year. China National Chemical owns the firm.

- Leapmotor, a Chinese electric vehicle maker, is weighing an IPO in Hong Kong as soon as next year, per Bloomberg. An offering could raise at least $1 billion. Zhejiang Dahua Technology and Sequoia Capital China back the firm.

- Xiaohongshu, a Chinese lifestyle content company, is weighing an IPO in Hong Kong after postponing its listing in the U.S., according to Bloomberg. An IPO could raise $1 billion for the company. Tencent Holdings and Alibaba Group back the firm.

- Horizon Robotics, a Chinese A.I. chip company, is weighing moving its IPO to Hong Kong from the U.S. as early as next year, according to Bloomberg. The company had considered raising as much as $1 billion in a U.S. listing. Intel backs the firm.

- Concord Resources, a commodity merchant trader in the UK, is weighing an IPO for 2022, according to Bloomberg. Pinnacle Asset Management, Pala Investments, MKS PAMP Group, and partners of Ospraie Management back the firm.

- MTN Uganda, a telecommunications network company in Uganda, is offering 4.5 billion shares priced at $0.0558 per share, according to Reuters. The offering is the largest IPO in Uganda and would value the firm at $1.3 billion.