Other countries offer blueprints for easing the U.S. childcare crisis 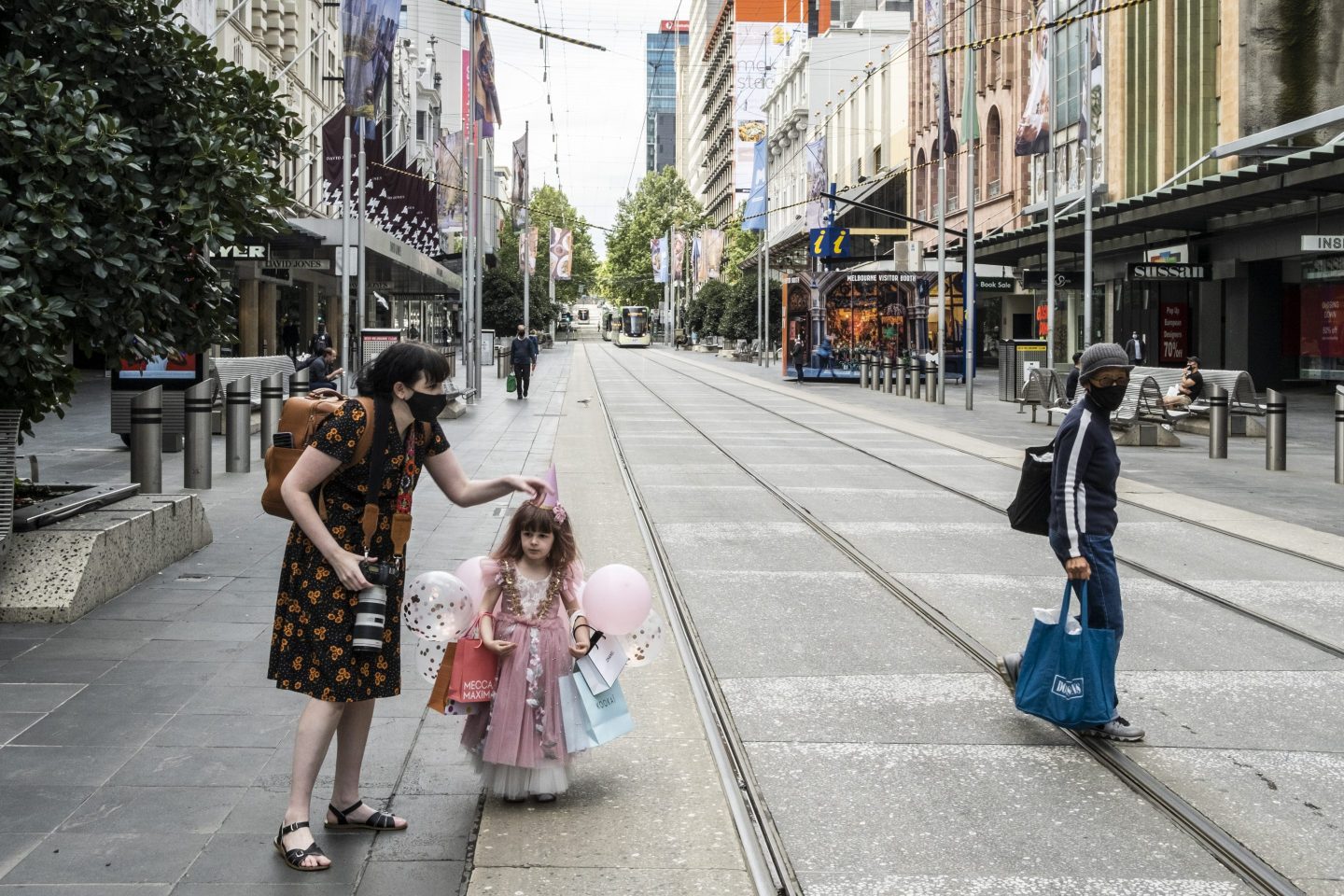 – Countering the childcare crisis. By now, we’re all too familiar with the economic devastation that American women have faced over the course of the pandemic. But they are not alone. In many countries across the globe, COVID-19 has dealt women employment setbacks, and a common thread is the crisis in childcare. With in-person schooling suspended, day care centers shuttered, and many other caregiving options off the table, women filled the gap, leaving their jobs at a higher rate than men.

While many of the factors behind the crisis are universal, countries have responded to them in different ways, and this new Bloomberg story offers snapshots of some of the most effective—or most promising—counter measures.

In Australia, for instance, the government made childcare free for the first three months of the pandemic. The measure kept childcare centers in business, which helped women’s employment recover from an initial hit. Australia learned just how effective this policy had been when the country went back into lockdown this year without fully subsidizing childcare. Early data indicate women are losing their jobs at a higher rate than men.

In Germany, women were more likely to spend time caring for children during the pandemic, but they weren’t any more likely than men to lose their jobs, Bloomberg reports. That’s because the country already had in place a comprehensive government-funded furlough program that compensates parents who miss work to care for a sick kid. The government expanded that scheme to cover missed work due to COVID school closures.

In Canada, the pandemic appears to be the final push needed to get a national childcare plan over the finish line. First introduced by Liberals in 2005—and later scrapped by Conservatives—the new five-year government program proposed by Prime Minister Justin Trudeau, a Liberal, will invest $23.74 billion to reduce the average child care cost to $7.94 per day per child. The plan is based on a model Quebec implemented decades ago that’s resulted in more women in the labor force.

All three governments share a hands-on approach to childcare, an idea that the U.S.—whose childcare industry is operating at just 88% pre-pandemic capacity—only now seems to be taking seriously. “The free market works well in many different sectors,” Treasury Secretary Janet Yellen said last week, “but child care is not one of them.”

- Crypto take. Cryptocurrency is still a male-dominated space, but what do women think about crypto? Fortune's Jessica Mathews has a new story measuring women's views via five charts. A sneak peek: Half of women think Bitcoin's value will rise in five years, and Dogecoin is more popular than Ether with women. Fortune

- Another kind of pressure. For many breastfeeding mothers, the discovery that they could pass COVID-19 antibodies to their children via breast milk was welcome news. For others—especially those who struggle with breastfeeding—the revelation just created even more pressure. Time

- Online shopping. Stitch Fix, the personal styling service founded by Katrina Lake and now led by CEO Elizabeth Spaulding, this week debuted Stitch Fix Freestyle. The online shop allows customers to now buy directly online rather than order a "Fix" to try on a selection of clothes at home. Elle

- Who gets covered? The disappearance, and now death, of influencer Gabrielle Petito has drawn attention to another issue: "missing white woman syndrome." Advocates for missing Black and Indigenous women and girls say those cases receive a fraction of the coverage and attention a case like Petito's does. New York Times

- Military equality. Women in India will now be permitted to take the entrance exam to the country's defense academy, opening the door for women to serve at the highest levels of the Indian military. Women still aren't allowed to serve in combat roles, but advocates call the Supreme Court decision "one more window open" on the way to competing equally with men in military service. New York Times

"When I became a ranger, I was taking back my own history."