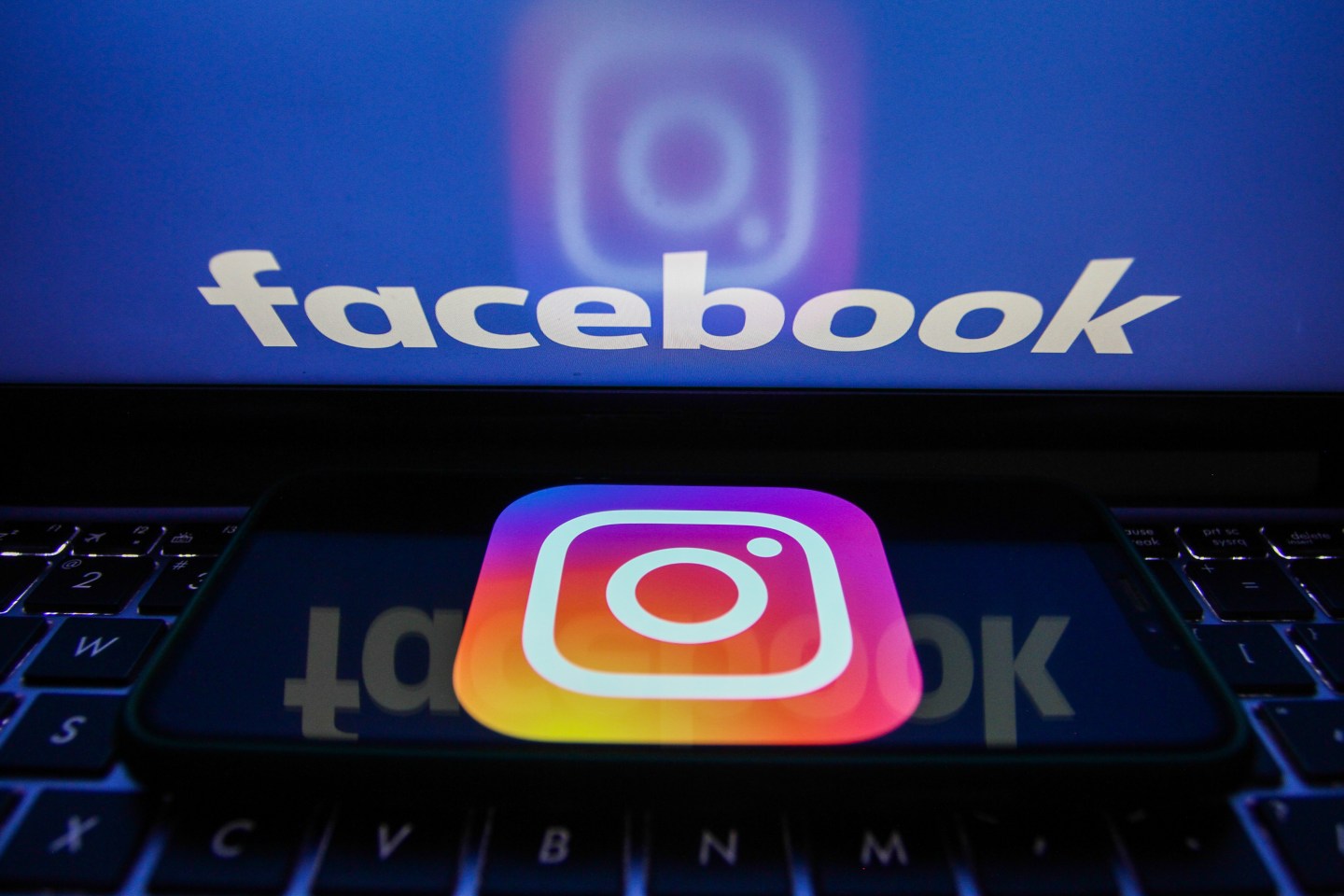 Good morning, Broadsheet readers! Gymnasts are set to testify before the Senate Judiciary, medical professionals are struggling with infertility, and Facebook knows just how harmful Instagram is for young women. Have a good Wednesday.

Doing it for the ‘gram. Is it still possible to be surprised by the ways social media is damaging us as people and a society? Probably not, but I admit I was taken aback by the details of a new report from the Wall Street Journal that explores not just how toxic Instagram has become for young women, but also the extent to which its parent company Facebook is reportedly aware of the harm the photo platform is doing and eager to keep those details out of the public eye.

The story, which is part of a series based on extensive internal Facebook documents reviewed by the Journal, deserves your full attention, but the gist is relatively straight-forward: For the past three years, Facebook has been researching the ways Instagram affects young people, and its findings are chilling. Among them: “We make body image issues worse for one in three teen girls.” And even more disturbing, one report found: “Among teens who reported suicidal thoughts, 13% of British users and 6% of American users traced the desire to kill themselves to Instagram.”

Despite such intel, both Facebook CEO Mark Zuckerberg and Instagram head Adam Mosseri are on record downplaying the app’s harm to kids and teens. (Mosseri talked to the Journal for the story, saying, among other things: “Some of the issues mentioned in this story aren’t necessarily widespread, but their impact on people may be huge.”) It should be noted that Facebook is planning to create an Instagram product for children under 13 and has not shared its internal research with Congress members who have called on the company to do so. (Facebook says its research is proprietary, but that it welcomes the chance to collaborate with lawmakers.)

Perhaps the most scathing quote in the story comes from Jean Twenge, a professor of psychology at San Diego State University who has studied social media’s impact on young people: “If you believe that R.J. Reynolds should have been more truthful about the link between smoking and lung cancer, then you should probably believe that Facebook should be more upfront about links to depression among teen girls.”

Still, it’s the voices of teen and tween girls who have struggled with Instagram and the way the app makes them feel that really bring the piece home. Hearing young women like Eva Behrens and her classmate Molly Pitts (both 17) describe the way app destroys their self esteem is wrenching.

Still, the story notes that many of the girls who talked to the Journal don’t want Instagram to disappear; they just want the platform to engage more seriously with finding ways to address its problems. I suppose that’s just as well—the social media genie is out of the bottle and there’s no shoving it back in. But until companies are willing to prioritize something beyond profits, hyper growth, and the addictive qualities that fuel that growth, it’s hard to imagine much change. Facebook, for those of you keeping score, is now valued at more than $1 trillion and reported revenue of roughly $86 billion last year. So, when, you have to wonder, is a company big enough to start caring about something other getting even bigger—at any cost?

- Beantown bid. In a preliminary election Tuesday, Boston narrowed the choices for its next mayor to two candidates: city councillor Michelle Wu and a yet-to-be-determined female opponent. Acting Mayor Kim Janey and councilors Annissa Essaibi George and Andrea Campbell are still in the race for the No. 2 slot. AP

- Fed in February. Federal Reserve Chair Jerome Powell's term expires in February, and President Biden has the choice of sticking with Powell, a Republican, or installing a Democrat in the role. Liberal activists and lawmakers are urging Biden to appoint Fed Governor Lael Brainard; she'd be only the second Democrat in 30 years in a top Fed post. Politico

- Senate testimony. Gymnasts Simone Biles, McKayla Maroney, and Aly Raisman are set to testify before the Senate Judiciary Committee today about how the FBI fell short when investigating Larry Nassar. A recent report found "numerous and fundamental errors" in the bureau's investigation of Nassar's abuse of female gymnasts. NPR

- Tax benefits. The child tax credit has proven to be wildly popular and successful with families. But lawmakers haven't yet extended the benefits beyond the end of 2021. Will Democrats make the program a centerpiece of midterm elections? New Republic

- Medical issue. Succeeding in medicine requires long hours, night shifts, and years of education and training. Women doctors believe those realities have, for many, contributed to infertility. The American Medical Women’s Association created an infertility task force to address the issue for women in the profession. New York Times

- Invoice, please. Facebook has a new strategy to support diverse small-business owners: buying up their invoices. The tech giant will purchase $100 million worth of invoices from businesses led by women and people of color—many of whom rely on Facebook advertising—in a "fast-track" program so business owners don't have to wait weeks or months to get paid by their customers. CNBC

Will infertility exist in 2040? The Helm

The godmother of the digital image New York Times

Meet the women of color who are changing corporate culture Cosmopolitan

"It’s a privilege that I’ve been chosen to represent women and women of color in the most popular sport in America."