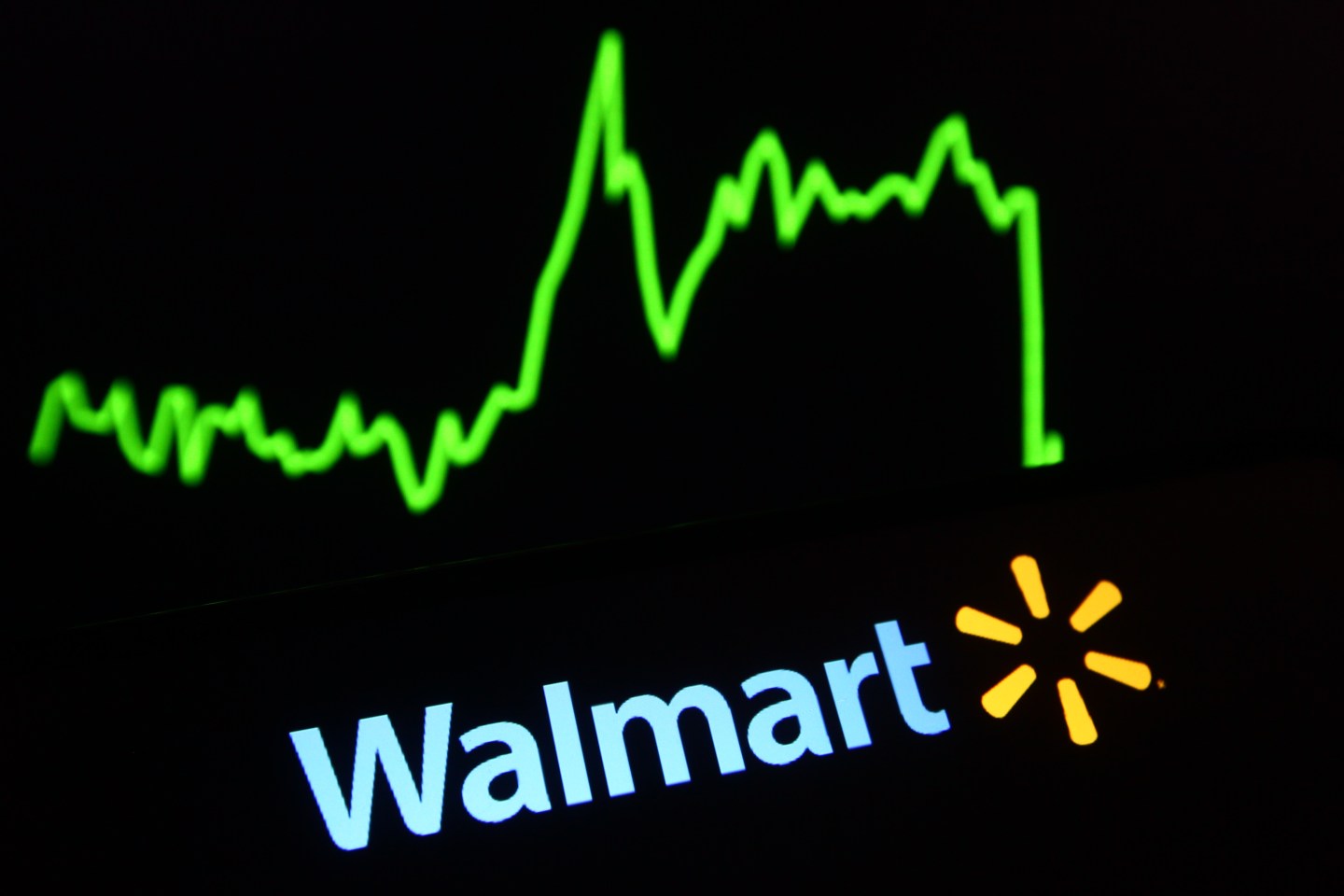 After spiking more than 33% earlier this morning, Litecoin is now trading in negative territory after Walmart said that a widely reported press release announcing it would accept crypto payments was fake.

The release, which went out on GlobeNewswire, seemed to quote Doug McMillon, the company’s CEO, and noted a “major partnership” with Litecoin. It referenced a nonworking website, though, and Walmart later announced the release was not from the company.

Litecoin, at one point, had also tweeted about the partnership, but later removed that.

Litecoin wasn’t the only crypto that saw a surge on the news. Bitcoin spiked briefly, only to tumble after the denial. It was down nearly 8% in the past 24 hours as of 10:45 a.m. ET. Ethereum also saw a surge of buyers and is now down 7%.

Other cryptos that are feeling the pain include Polygon (down more than 10%), Bitcoin Cash (off over 6%), and Cardano (down 11%).

Exactly who planted the release is unknown at present. It isn’t uncommon for rogue investors to underhandedly try to inflate a company’s price to sell their shares at an artificial spike, but this is the first known time someone has used the technique to boost a cryptocurrency.