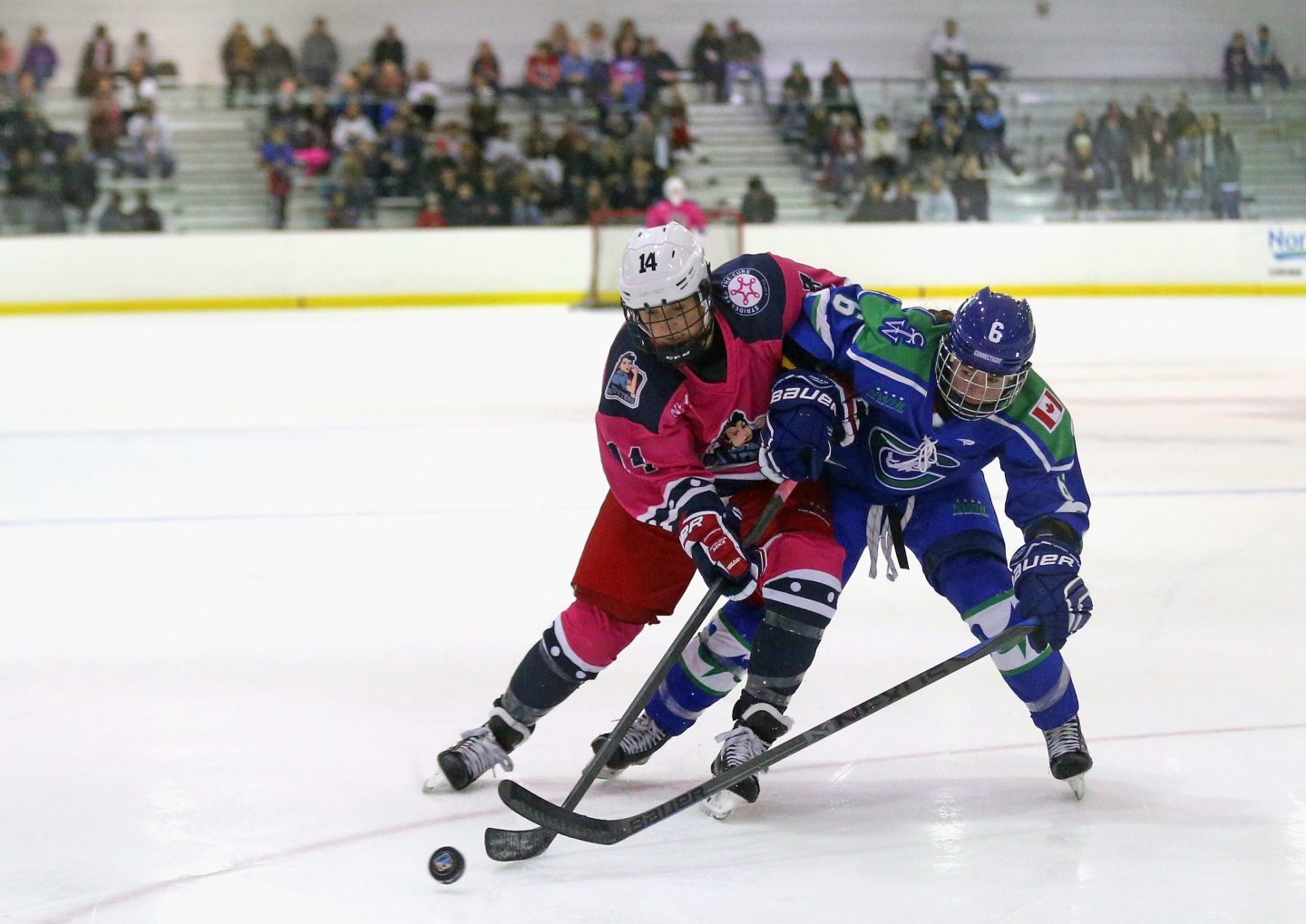 The hockey league founded in 2015 as the National Women's Hockey League is rebranding to the Premiere Hockey Federation.
Bruce Bennett—Getty Images

Good morning, Broadsheet readers! We heard opening statements in the Theranos trial, a Congresswoman shares her experience freezing her eggs, and the National Women’s Hockey League gets a gender-neutral rebrand. Have a reflective Thursday.

– No gender qualifier needed.  The ‘women’ or ‘female’ qualifier has long been controversial in sports.

Recall how Serena Williams responded to a reporter who asked her in 2016 how she felt about being “one of the greatest female athletes of all time.”

“I prefer the words ‘one of the greatest athletes of all time,'” Williams said. No gender qualifier needed.

Now a women’s sports league is taking that same stance in a big way.

The National Women’s Hockey League, the first women’s professional hockey league in North America to pay players a salary, is dropping ‘women’s’ from its name. Going forward, the league will be known as the Premier Hockey Federation. The rebrand reflects a series of changes ahead of the league’s seventh season, including restructured management and an influx of private ownership, the AP reports. The name change is also more inclusive of all gender identities and the word ‘federation’ better reflects the international makeup of the league’s players, says commissioner Ty Tumminia.

But the rebrand is also about removing the gender qualifier that is never applied to men’s sports and defining players “by their talent and skill” instead, Tumminia says. “It’s not like they’re female phenomenal,” she said. “You’re just phenomenal.”

- On trial. The Theranos fraud trial kicked into full gear yesterday with opening statements from the prosecution and defense. The defense's argument is that founder Elizabeth Holmes made mistakes in developing the company's failed blood-testing technology—but didn't commit fraud. Washington Post

- Eggs-cellent point. California Congresswoman Sara Jacobs, 32, is freezing her eggs. As she describes the experience in this piece, she makes some good points: "I don’t ever want anyone to tell me that women are too emotional to be leaders ever again, because I’m quite literally as hormonal as a woman can ever be, and there are still many men I deal with who are acting from a much more emotional, irrational perspective than I am." Elle

- Out of state. We're starting to see how the Texas six-week abortion ban is affecting business in the state. So far, at least one Texas company—chemicals business Solugen Inc.—is opening an out-of-state office, citing problems recruiting job candidates to the state. Government officials in Portland, Oregon announced plans to boycott Texas goods and services; the city has spent $35 million on contracts with Texas businesses over the past five years. Meanwhile, the Biden administration is reportedly planning to sue Texas over its new law, setting up a federal-state court clash over abortion rights.

- Abortion access. Mexico has decriminalized abortion but that doesn't mean abortion is accessible. Women are still being prosecuted for illegal abortions, even after the country's Supreme Court decision. And most Mexican states will require changes to the law before the decision can take effect.  New York Times

- Taliban governance. Afghan women gathered to protest the Taliban's all-male government yesterday, chanting "Long live the women of Afghanistan." Taliban fighters responded violently to the protest, using whips and sticks. A Taliban official also said in a recent interview that women will not be allowed to play sports in the country.

- Building bridges. Walmart heir Alice Walton founded Crystal Bridges, an art museum in the retailer's hometown of Bentonville, Arkansas, in 2011. As it nears its tenth anniversary, the museum is set to expands its exhibition space by 65%. Walton sees the museum as a way to democratize an art scene that's concentrated on the coasts and lure visitors to a region of the U.S. that she says is often disparaged. Wall Street Journal

"She just couldn’t stomach the lie anymore. ... How can you not empathize with that?"