Why does the ‘return to work’ make us so uneasy? 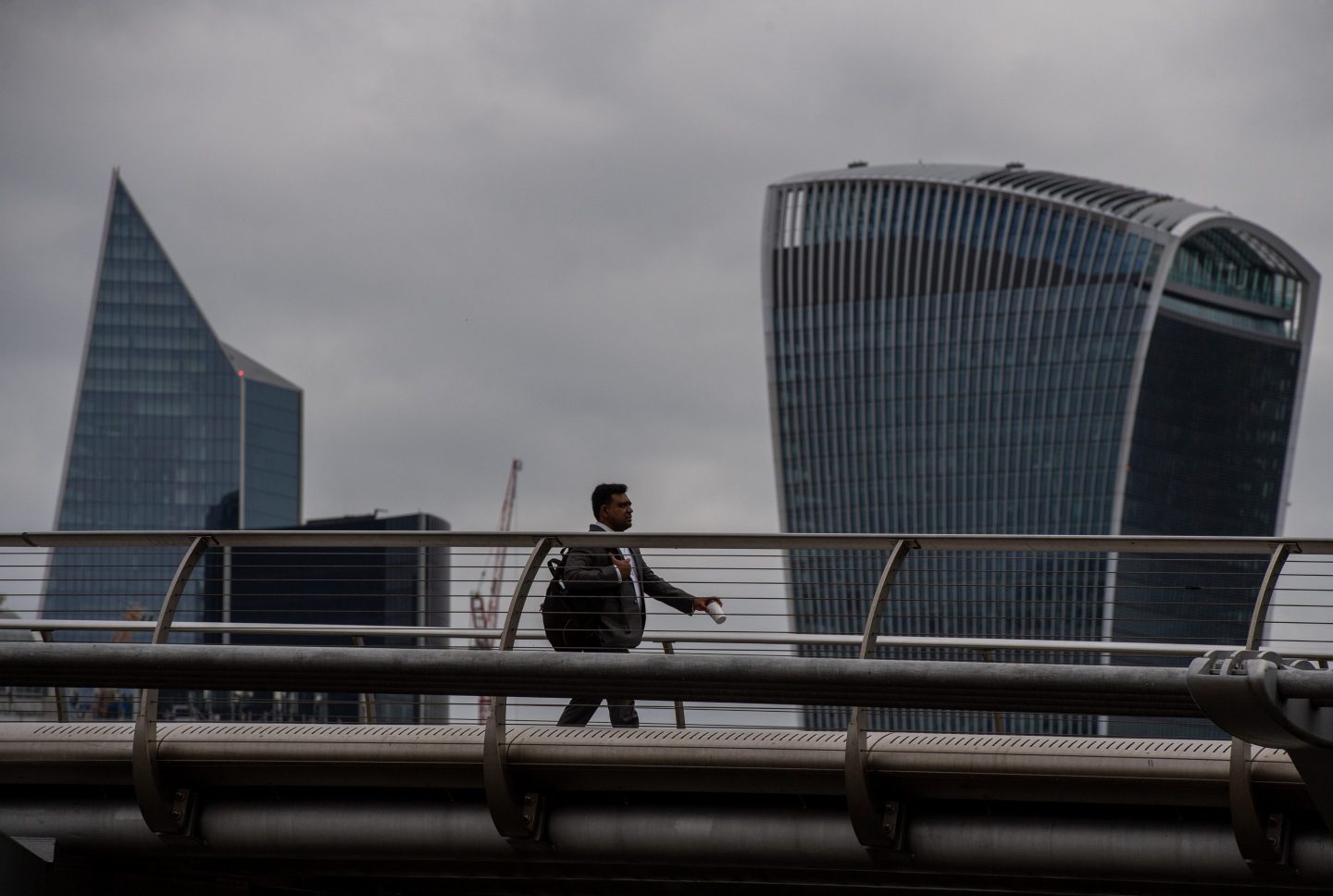 Professor Tim Jackson, author of “Post Growth,” asks why the prospect of returning to work after the pandemic is making so many of us uneasy.
Chris J. Ratcliffe—Getty Images

“The world starts to shake,” wrote sociologist Peter Berger, “in the very instant that its sustaining conversation begins to falter.”

It’s not just food and shelter that sustain life, Berger was saying. It’s the myths we cling to, the stories we tell ourselves and our beliefs about what matters in life. These are as elemental to us as physical sustenance. And when they go missing, we feel their loss, viscerally. The world becomes a less secure, less comforting place.

There’s nothing like a global pandemic to underscore that sentiment. Over the past year and a half, our “sustaining conversation” didn’t just falter. It did an abrupt about-turn and slapped us in the face. Hard.

No wonder then that, even now, the world still feels a little shaky. Perhaps even shakier today than it did 18 months ago. With the vaccine rollout promising a glimmer of light, there’s a slow expectation that our lives will soon get back to some kind of normal. But a strange “shadow pandemic” of social anxiety accompanies the relief we’re beginning to feel. Getting back to work has become a mental as well as a physical challenge. We’re in need of a new sustaining conversation for this post-pandemic world.

I recently spoke at a live event for the first time in well over a year. As the day approached, I felt I was falling into a deep unknown. Which is curious, because it was a situation I’d faced my whole professional life. But it was also a world away from the routine of Zoom calls and social distancing that had characterized the previous 18 months.

Some people have rejected their old routine entirely. They resent the wasted hours commuting to jobs that somehow seem empty and meaningless now. They’re looking for some less punishing path toward security, perhaps making do with less: a different sustaining conversation.

Others saw their jobs become a living nightmare during the pandemic. These were the frontline workers—nurses, doctors, care workers, teachers, checkout clerks, cleaners, and delivery drivers—the people whose jobs mattered more than we had ever realized.

We applauded them from our doorsteps to thank them for their service. But there was something massively ironic here. These were precisely the people who had been systematically undervalued for years: hounded by a decade of austerity and underpaid long before the pandemic, and now dangerously exposed to the virus.

A study of food and farming, conducted the year before the outbreak of the virus, made an astonishing and shameful finding. Even in a rich country like the U.K., there were farmworkers who could not afford to feed themselves properly. Those responsible for providing the economy’s most basic service had to visit the rapidly rising number of “food banks” to stay alive.

The entire concept of a market economy—and its advantage over a subsistence economy—is that labor can generate what economists call a surplus. We can exchange this surplus for income and spend it on things that others have produced. That’s how a market economy should operate. Yet here were workers in the most vital sector in the economy unable even to feed themselves and their families without resorting to charity.

The pandemic has shone a harsh light on these travesties. Yet we may already be seeing a temptation to forget. A U.K. government pay review for the National Health Service (NHS) earlier this year initially offered nurses a paltry 1% pay rise—less than the rate of inflation—to compensate them for their sacrifice.

How did the values of our economic system become so distorted?  How did we manage so spectacularly to fail those who turned out to play such a vital role in our well-being? Why did we agree to a decade of austerity which left our frontline workers facing unrealistic productivity targets and leading stressed, overburdened lives?

If we don’t address these questions now, before we rush back into a world of work that was broken long before the pandemic, we’ll end up making the same mistakes again. But don’t expect the answers to be easy. The roots of the problem lie deep inside a capitalistic system that prizes “productivity” above service and puts profit before care for one another.

In elevating productivity above all else we diminish the meaning of work itself. Labor is seen as a cost to producers, to be reduced or eliminated as far as possible (by replacing people with machines); and as a sacrifice to workers, to be endured at best and only in exchange for wages.

None of the lessons from the pandemic are easy. Nor can we avoid them by retiring into some kind of extended self-isolation. Our world has been profoundly shaken. Its sustaining conversation has decidedly faltered. But in the ruins of a broken system lie the seeds of renewal. A chance to tell a different story about what matters in our lives and build a better economy in service to it.

Tim Jackson is director of the Center for the Understanding of Sustainable Prosperity and the author of Post Growth: Life After Capitalism, published by Polity Books earlier this year.

Subscribe to Green, Inc for a weekly brief on the revolutions in energy, technology, and sustainability, delivered free to your inbox.