Delayed again: Are we ever returning to the office? 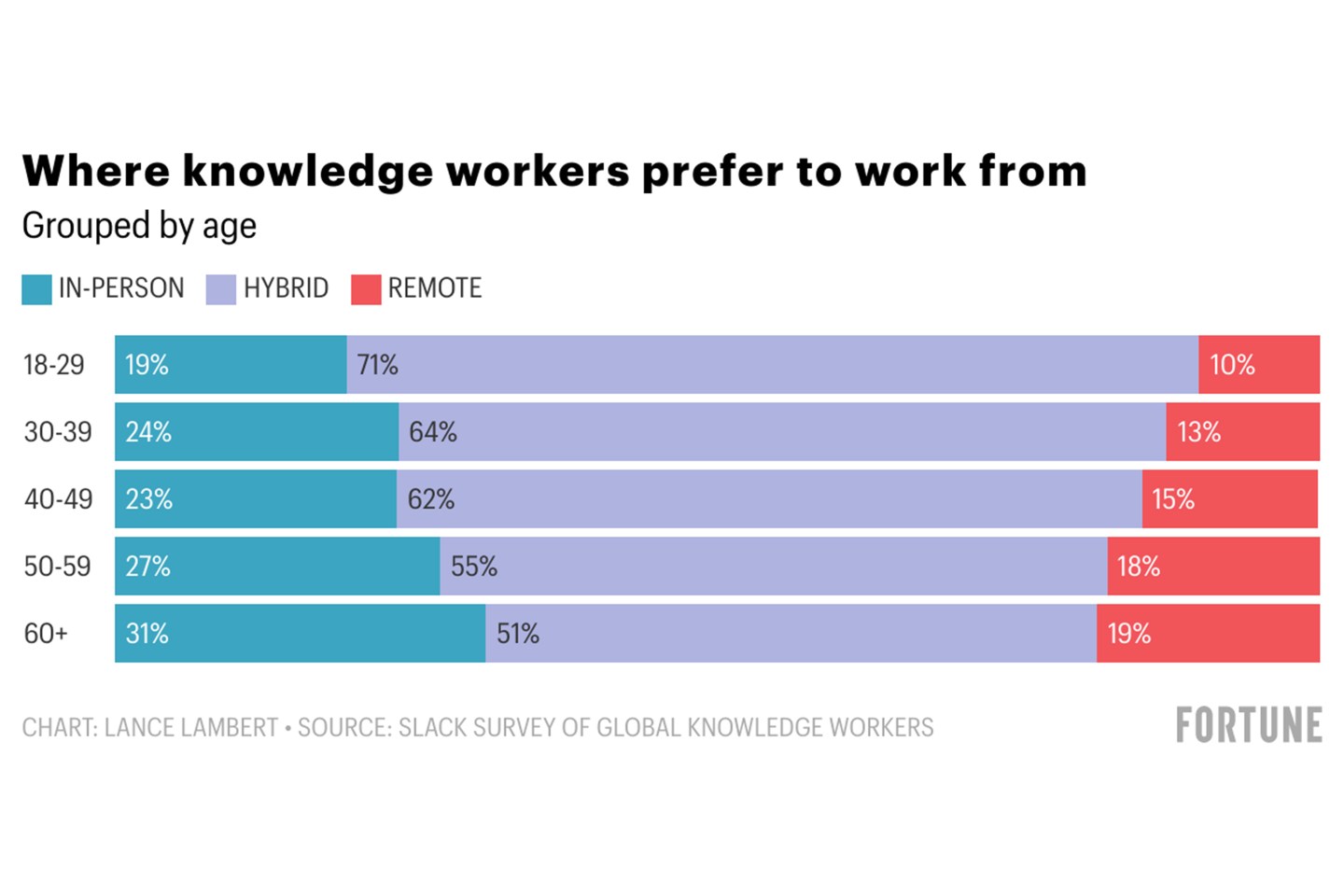 Recently Amazon announced it’s postponing its corporate office reopening until at least 2022. They aren’t alone: Employers, including Fortune, across the globe are delaying back to office orders as the Delta variant continues to wreak havoc.

It begs the question: The longer companies wait to bring staff back, does it make it less likely they’ll even want to return?

To help get a sense of how people’s attitudes towards work are changing, Future Forum, a consortium backed by Slack, gave Fortune Analytics exclusive access to their recent survey of more than 10,000 knowledge workers or skilled office workers from around the world.

Even before the Delta variant threw a wrench into companies’ back-to-work plans, it was looking like the five-day in-person workweek was going to die. Or at least be optional. Again, Slack found there is a clear majority across the globe favoring a hybrid workweek. Among global knowledge workers, 26% favor 3-4 days in-person, while 23% say 1-2 days in-person per week.

Simply put, all signs still point to the hybrid workplaces as the new normal.

2. Young workers want it all

The younger generation’s overwhelming embrace of a hybrid model adds to the list of reasons why Fortune Analytics is so bullish that this trend will accelerate.

(I’d love to hear your thoughts on this particular chart. Feel free to email me at lance.lambert@fortune.com).

3. We miss each other

Among workers who want to return to the office, 33% cite collaborating with their coworkers as the No. 1 reason. That’s followed by 25% who selected camaraderie with fellow coworkers.

What’s also telling is what they didn’t cite: Productivity or performance. It’s pretty clear people want to return for the people—not because of the work.

*Methodology: The Future Forum Pulse survey was conducted among an audience of 10,447 “knowledge workers” or “skilled office workers” in Australia, France, Germany, Japan, United Kingdom, and the United States.