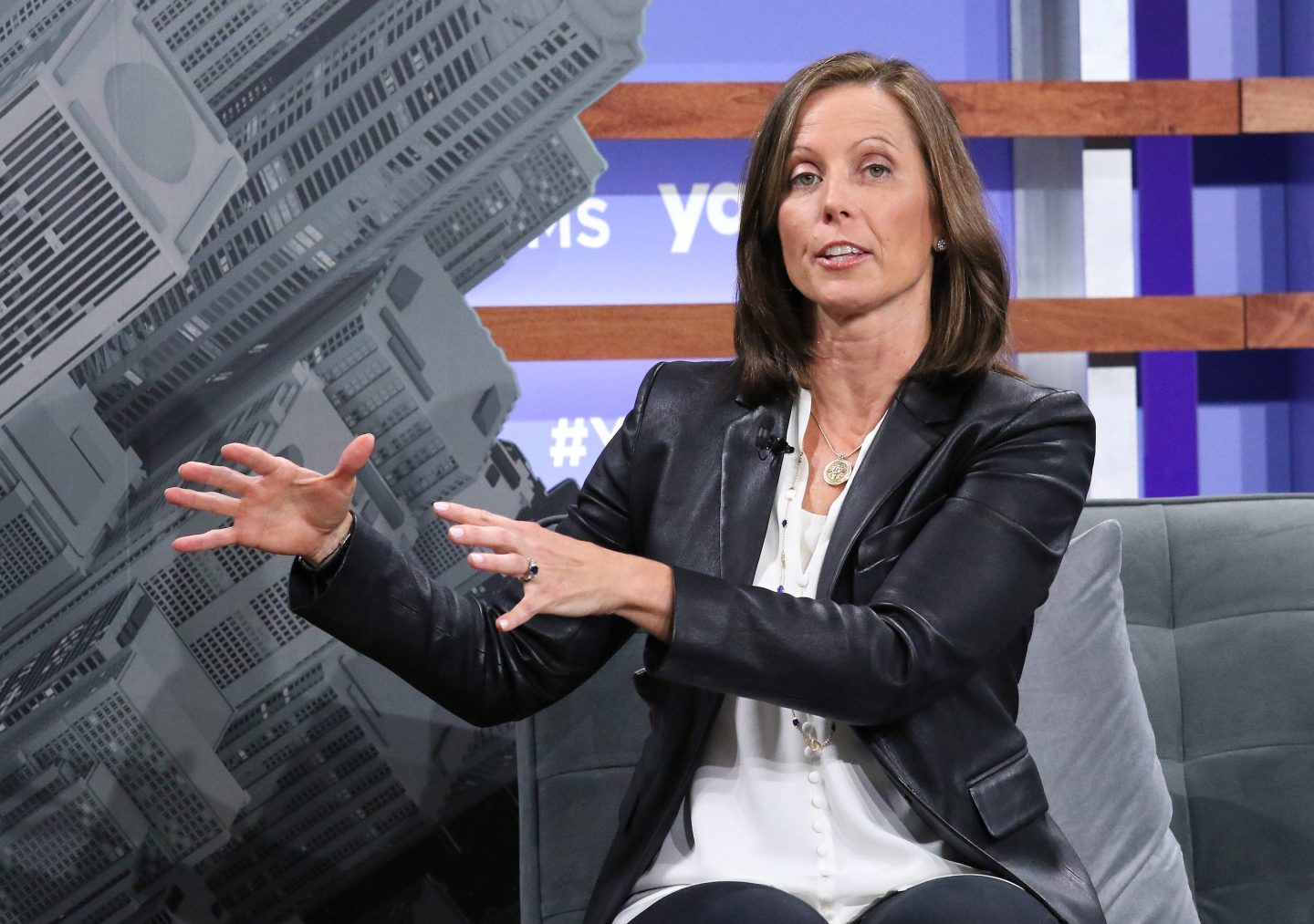 Good morning, Broadsheet readers! Instacart poaches another ex-Facebook exec, Rihanna is officially a billionaire, and we hear from Nasdaq CEO Adena Friedman. Have a lovely Thursday.

– Up for debate. Virtual IPOs, meme stocks, crypto. Nasdaq CEO Adena Friedman talked about them all in her new interview with Emma that published this week.

Nasdaq had expected the past year to be “pretty challenging” for IPOs, Friedman said, “but it turned out to be the busiest time on the capital markets in terms of capital raising since the mid-1990s.”

That investor interest helped spawn the meme stock craze in which companies like GameStop skyrocketed in value despite performances that were mediocre at best. Friedman said Nasdaq is “concerned” whenever “stocks move away from their fundamentals,” but that the Securities and Exchange Commission is working to ensure “it’s truly people being spontaneously interested together and taking a position on a stock” (versus illegally manipulating the market).

Friedman says at least nine cryptocurrency markets use Nasdaq’s surveillance technology that spots fraud or manipulation. Still, “crypto trading technology today is just not in a position to be able to support the level of trading activity that we experience in the equities and options markets,” she says. In the coming years, “there will be a greater understanding of how we can make the markets more efficient and effective using the blockchain.” For now, Nasdaq is focused on further developing that technology so it can “be a disrupter” itself.

Emma also quizzed Friedman on the Nasdaq’s new initiative that would require listed companies to disclose the diversity characteristics of their board members and to have at least one woman or underrepresented minority as a director. If a company doesn’t meet that minimum, it must explain why.

Friedman says Nasdaq took this step due to a “growing amount of evidence that diversity on boards is correlated with improved outcomes in two areas: risk controls—that’s important to us because investor protection is critical—and financial performance.”

Bloomberg reported yesterday that the SEC is likely to approve the proposal as soon as Aug. 8. The endorsement would mark one of the agency’s most substantial efforts yet to increase diversity among those who oversee public companies.

Still, the proposal has gotten some pushback during the public comment period, but Friedman says it was expected: “Whenever you try to create change, you’re going to have debate.”

Editor’s Note: An earlier version of this post misspelled GameStop.

- Add to cart. Instacart is becoming a destination for ex-Facebookers. Former Facebook ad chief Carolyn Everson will join new Instacart CEO and ex-Facebook App head Fidji Simo at the grocery delivery app as president. Her hire signals the importance of advertising in Instacart's next chapter. Fortune

- Riding for inclusion. The Grammy Awards will include an inclusion rider in 2022. That means the Recording Academy will require the music awards show's producers to recruit and hire more diverse candidates for the ceremony. Fortune

- Work, work, work, work, work. Rihanna is officially a billionaire and the richest female musician, per Forbes. Her fortune is thanks to the growth of her Fenty Beauty empire; the pop star owns 50% of the company. Forbes

- Quarterly clean-up. Clorox's sales fell 10% last quarter, but CEO Linda Rendle says she isn't worried about her bet that higher demand for cleaning products is here to stay. "Predicting a pandemic is like predicting the wind," she says. Bloomberg

- Vaccination expectations. As vaccination campaigns stall, CVS Health is seeing the results in its business. In its recent earnings call, the pharmacy and health care company led by CEO Karen Lynch revised its estimates for how many vaccines it would administer in 2021. In February, the chain expected between 29 and 44 million doses; now it says it will close out the year with 32 to 36 million. CNBC

- Primary results. Shontel Brown won a special election in Ohio's 11th Congressional district this week, coming out on top in the Democratic primary over former state senator Nina Turner. Brown, a Cuyahoga County council member, was seen as aligned with the Biden administration, while Turner is a longtime Bernie Sanders ally and progressive voice. The race is to succeed former Rep. Martha Fudge, who resigned to serve as Biden's secretary of housing and urban development. CNN

- Say cheese. Plant-based cheese has been slower to catch on than plant-based milks and meat, but it's a fast-growing category. Miyoko Schinner, the founder behind the dairy-free cheese brand Miyoko’s Creamery, is bullish about the product's potential. Her company is even helping California farmers switch from animal agriculture to plant-based farming. Guardian

"Who has time for shame right now? ... I guess we have all the time in the world, but why waste the time that we’re stuck with?"

-Saturday Night Live star Cecily Strong. Her new book is This Will All Be Over Soon, a memoir about grief and the pandemic.