How U.S. CEOs can stand up to China 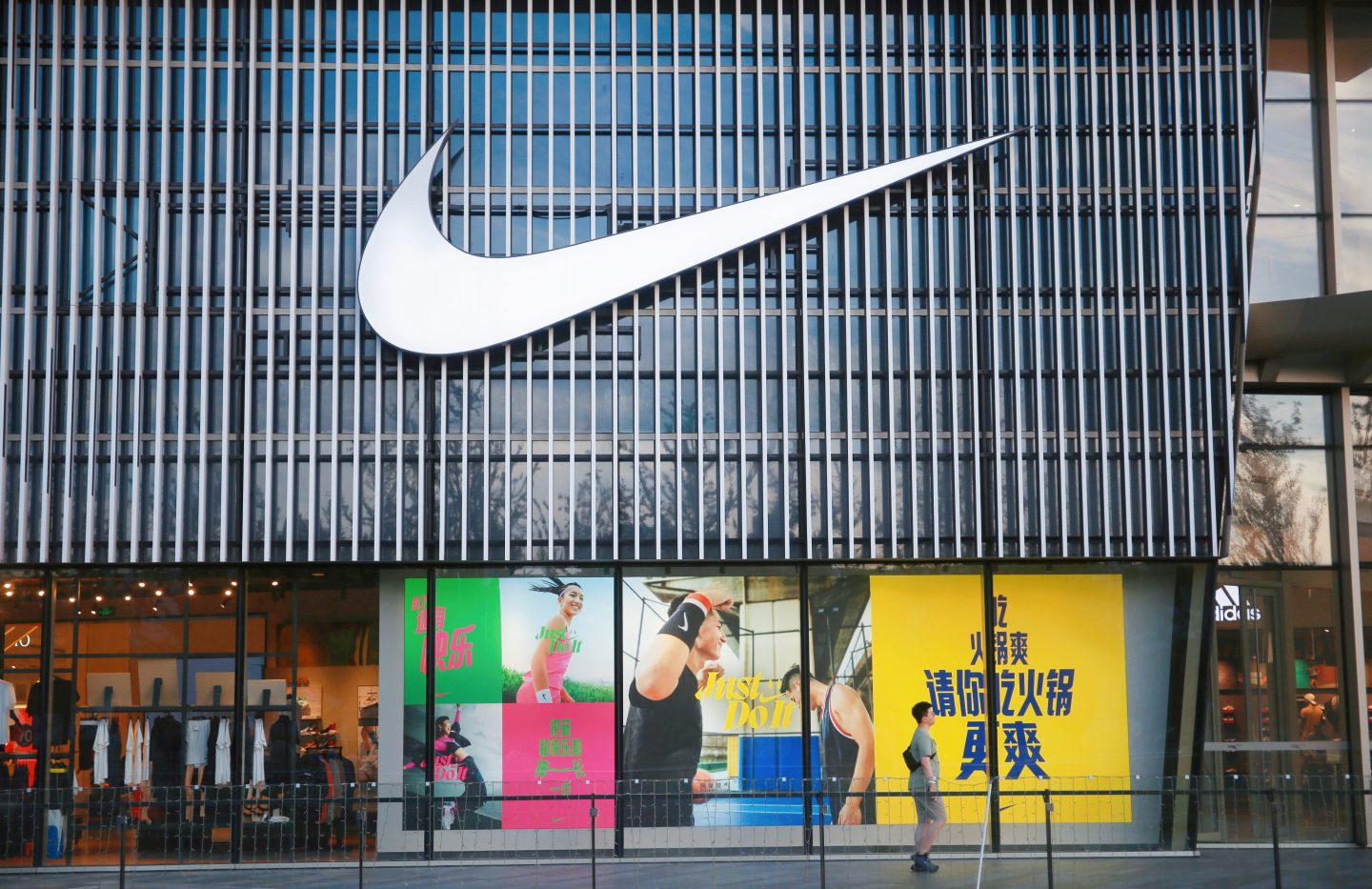 The Chinese Communist Party marked its 100th anniversary this month by touting its rise as a superpower the world has no choice but to respect. Yet at the recent G-7 summit, President Biden convinced ambivalent allies to condemn China’s persecution of Uyghur Muslims in Xinjiang, putting their shared values ahead of their dependence on trade with Beijing. American companies that do business in China face a similar test: Will their commitments to pursue environmentally and socially responsible practices prove more powerful than the lure of the world’s second biggest economy?

U.S. CEOs trying to do business in China without compromising their values must navigate increasingly difficult cross-cutting pressures. While the Chinese government has grown more authoritarian under President Xi Jinping, the expanding Chinese consumer market has become even more irresistible for Western brands. China dominates production of many goods that American companies need, even as U.S. regulators ban purchases of a growing list of Chinese products connected to forced labor, from cotton to solar panels. A bill to ban all products from Xinjiang not certified as free from slave labor has passed the Senate, and just this week Democrats in Congress announced plans to impose a border carbon tax on Chinese goods because of lax environmental standards. Meanwhile Chinese authorities are lashing out aggressively at U.S. companies that speak out about human rights while American consumers, employees, and investors pressure brands to stand up for their values.

Some companies have spoken out against the atrocities in Xinjiang, but most are staying silent to avoid the boycotts and blacklisting that hit Nike and H&M this spring. No one should be under any illusions that strongly-worded statements from Western corporations will prompt Beijing to change course, but it is dismaying to see Hollywood studios self-censoring out of fear of angering Chinese propagandists, U.S. airlines bowing to demands to remove Taiwan from route maps, and Silicon Valley tech companies giving Beijing access to private user data. By trying to avoid short-term risks, they are planting themselves on the wrong side of history.

As advisors to former Secretary of State Hillary Rodham Clinton, we had front-row seats for delicate diplomatic negotiations with China’s leaders. Now we run a social impact policy and communications agency that has advised companies such as Patagonia, Levi Strauss & Co, and Nike. We’ve seen that there are no easy answers here, but there are strategies that can help.

From engagement to competition

First, CEOs should understand the rapidly changing U.S.-China relationship. As our former State Department colleague and now top Biden White House Asia advisor Kurt Campbell said recently, the administration believes the era of engagement is over and “the dominant paradigm is going to be competition.” That has big implications for business.

For decades, U.S. policymakers from both parties encouraged American companies to invest in China and integrate it into the global economy. They came for the cheap labor and lax regulations, but many also saw themselves as the tip of the spear in modernizing the country. Former Goldman Sachs CEO Hank Paulson described Wall Street bankers arriving like “Promethean figures.” But the bet that a more open Chinese economy would lead to a more open political system has failed. Xi has consolidated power and experts say his rule looks more like Mao Zedong’s than like the lower-profile leaders who cautiously liberalized China starting in the 1980s.  Now, instead of encouragement from Washington, U.S. companies doing business in China may feel pressure to bring investments, jobs, and supply chains home.

Second, get the facts. CEOs need to know if their supply chains run through fields and factories that use forced labor or if their technology could be used to bolster repressive security services. If your company is profiting from human rights abuses — even inadvertently — the reputational and regulatory risks back home are only going to get more acute.

Too many companies fail to map their supply chains all the way to the farm or mine level, looking beyond the middlemen and persevering through Chinese interference. But as when measuring a company’s true carbon footprint, full supply chain visibility is the only way to assess a human rights record and start improving it.  It’s difficult, but possible—for example, Patagonia has managed to do it in China, despite the obstacles—and a crucial investment to prepare for future risks.

Companies weighing how and when to speak out on human rights also need to do the due diligence to understand how dependent they really are on Chinese production capacities as compared to alternative locations in Southeast Asia or at home in the United States, and how vulnerable they are to a backlash from Chinese consumers. The danger is real, as Nike and H&M saw this spring. But the potential damage depends on factors such as the level of competition from local brands that can provide an alternative, and those factors must be weighed against the consequences of silence in the U.S. and other global markets. For example, outrage at home over forced labor in Asia in the 1990s was so bad that it convinced Nike’s founder Phil Knight that “the American consumer doesn’t want to buy products made under abusive conditions,” and it eventually prompted a major course correction.

No time for backtracking

Third, companies that decide to take a stand should consider ways to maximize their impact and minimize their risk. For example, follow the Biden administration’s lead in working with allies to confront China rather than the flawed Trump approach of going it alone. It’s easy for the Chinese authorities to retaliate against a single Western company, like H&M, but it may be harder to punish an entire industry—or better yet, a coalition of companies that includes sectors where there is less home-grown Chinese competition, like financial services and higher education. Align around a strong message and specific actions that go beyond U.S. legal requirements to avoid forced labor, such as boycotting the 2022 Beijing Olympics or moving operations out of Hong Kong.

Backtracking or equivocating, as too many brands and coalitions have done recently, will undermine the message and invite more attacks. And being mealy-mouthed or unobtrusive won’t necessarily prevent retribution—after all, H&M and Nike got whacked last spring for months-old statements about Xinjiang that were dug up and used for propaganda purposes when it served the regime’s purposes. Better to be clear and firm, and have a crisis plan in place to deal with the fallout, including protecting local employees on the ground.

The costs of conscience are real, but not necessarily fatal, and most backlashes eventually fade. Nike’s sales in China took a hit last spring and domestic competitors are gaining ground, but sales there still increased by 14% in the most recent quarter compared with 2019. It’s a reminder that while their position may be precarious, Western brands still have market power in China that can withstand passing storms.

Finally, the trajectory in China may continue to worsen, so CEOs should begin building up production capacity in other markets and reinvesting in America. China’s repression at home and aggression abroad are likely to intensify, and competition with the United States could veer into conflict. Already, the widespread discrimination against foreign companies in China is prompting some Western executives to say enough is enough. For some industries, especially after the pandemic upended supply chains, it no longer makes sense to base significant operations in the country. That may be a harder decision for consumer brands desperate for a piece of the enormous Chinese market. But in the long run, compromising your values may cost even more. One day soon, more companies will have to consider whether the moral and financial costs of doing business in China are worth it.

Nick Merrill and Dan Schwerin are the cofounders of Evergreen Strategy Group and longtime advisors to former Secretary of State Hillary Rodham Clinton.