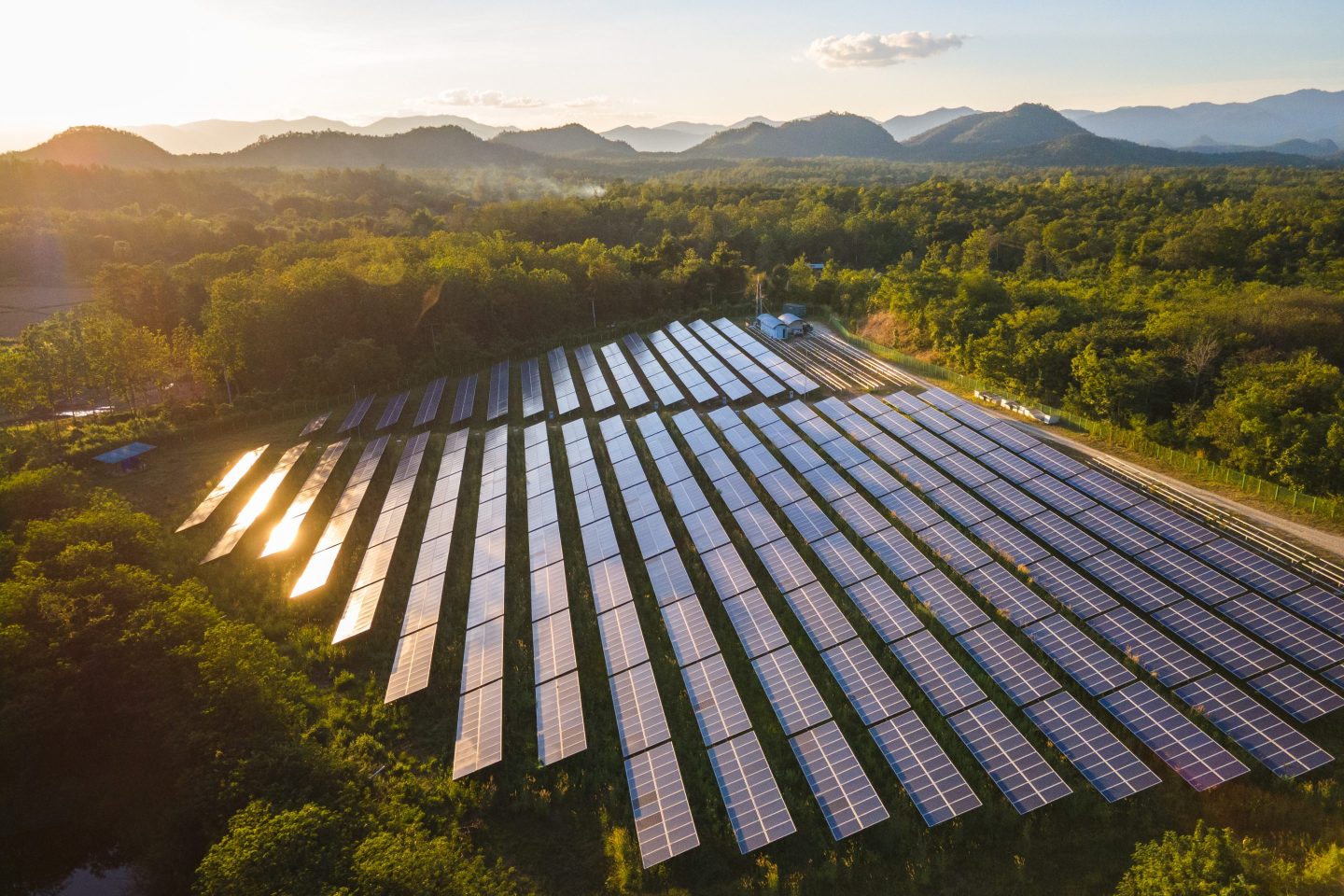 “The West can only suffer if the shift to clean energy and other green technologies creates a massive dependency on China,” writes Denis Payre.
Getty Images

When the news came out a few weeks ago that the U.S. had banned imports of a large portion of solar panel products from China, the questions arose immediately: How much will this delay America’s shift to clean energy? Can we afford to reject needed equipment when the future of the planet is at stake?

The truth is, bans like this may be the best means of keeping the fight against climate change alive.

To understand why, first appreciate the Biden administration’s reason for outlawing the importation of polysilicon produced by the Chinese company Hoshine Silicon, and any foreign-made products containing it. Polysilicon is used to make the photovoltaic (PV) cells of solar panels, and Hoshine is the world’s largest producer of it. But it has long been rumored and lately become undeniable that to make its product Hoshine uses forced labor from Uighur detention camps in Xinjiang.

Whatever the product involved, the need to condemn forced labor is a moral imperative. Certainly no firm situated in a Western democracy makes use of this cost-saving technique; it has been more than a century and a half since the last slaves worked our nation’s fields. Western companies and governments are working hard to reduce their carbon footprint, while China keeps building coal-fired power plants and supporting its “strategic” industries with massive subsidies, far beyond what the WTO accepts. To do all of these things together would amount to triple dumping—knocking out foreign competitors not only by using government subsidies to price goods below cost, but also by externalizing extreme costs to the environment and to labor.

But the ugly reality is that this is the playbook that has allowed Chinese manufacturers to achieve global dominance in so many sectors. To be sure, we should also acknowledge the entrepreneurial spirit that has spread throughout China, and the resilience of its people in the aftermath of the brutal era of communism that ended just a few decades ago. But these impressive traits are not sufficient to explain the “Chinese miracle.”

Western countries used to be able to maintain advantages relative to the developing countries that resorted to such tactics, thanks to their superior rates of innovation. That doesn’t work anymore with a China that can land a rover on Mars, launch a new space station, and put hypersonic planes in the air. For the moment, at least, China wins with a potent combination of 21st-century technologies and 19th-century social and labor standards. For the PV sector, this combination has allowed it, in the course of just a few years, to come out of nowhere and amass a 71% market share. It now commands 73% of the world’s lithium-ion battery cell manufacturing capacity, seven spots among the world’s top 10 wind turbine manufacturers, and 90% of rare earth extraction and refinement. And regarding electric-vehicle manufacturing, its capacity to build 8 million electric cars a year gives it greater potential output than the U.S. and Europe combined.

The fact that this domination is now happening in the green-tech sector makes it more crucial to find a way to level the playing field. There is no larger threat facing the world’s societies than climate change, and we know that many changes are necessary. But persuading people to make the required investments and adjustments is a tough sell. Many of them see plans like the Green New Deal as economy killers. That doesn’t have to be the case—it’s possible to have green innovation create jobs and produce broad-based prosperity at levels that more than make up for the negative disruption. But so far, the advocates of climate change policies haven’t been able to paint a persuasive picture for skeptics.

Now think how much harder that challenge becomes if people suspect that all the economic benefits of the green tech revolution will go to China’s economy. That suspicion already exists, and it is valid given the current rules of free trade.

The West can only suffer if the shift to clean energy and other green technologies creates a massive dependency on China—and it will be a short step from economic to national security issues. Expect this to trigger widespread hostility. We saw a hint of this when the supply-chain shocks of the pandemic threw the problems of Western countries’ dependence on China into high relief. If taxpayers hear their politicians calling for huge expenditures, but can only see the money translating to wages halfway around the world, the resentment will rise. It could slow down or even halt the rollout of the infrastructure we know is necessary to reduce the carbon footprints of cities, of nations, and of the world.

So the ban on Hoshine Silicon is the kind of action that makes the shift to clean energy possible. But it is only one of many that must happen, and must happen through the efforts of Western democracies working as a united front. The best solution would take the form of a “global contract” among nations mutually committed to erasing labor cost differences in strategic industries, particularly those related to the fight against climate change. Imagine if this zone could consist of like-minded countries representing over 50% of the world’s GDP.

The agreement I have in mind would establish a vast economic zone of Western democracies whose values are aligned with regard to labor and social standards, and commitment to fighting climate change. By signing on to the contract, these democracies would agree to uphold these standards in trade with one another—and to exact compensation for any social and labor dumping taking place at the zone’s borders. You can think of this as a kind of tariff or border tax, but the word “compensation” carries the more accurate sense that the people and regions who are the current losers in an unfair and unethical free-trade system should not have to bear the costs of others’ exploitation.

Compensations would be paid back partially to exporting countries, to incentivize them to converge. The remainder of the compensations would benefit the people and regions who are the current losers in the trade system. Industries other than clean energy (textile, apparel, furniture, toys, and so on) would see marginal compensations, to encourage convergence on high social, labor, and environmental standards. The least-developed nations would be fully compensated, via NGOs. Nations committing blatant human rights violations would receive nothing. Compensation to nations would be adjusted based on their level of compliance with the pillar principles laid out by the International Labor Organization regarding child labor, forced labor, discrimination, and free union.

Does all this sound overly optimistic about the Western democracies’ ability to work in concert? I might have thought so myself not so long ago. But note the remarkable progress of the Biden administration in getting nations to align on a minimum corporate tax plan. In the same way, the global contract might first be embraced by the G7, then by the G20, and then more broadly. All would step up to the need not only to advance the green energy revolution but also to demonstrate the superiority of democratic government. As more people around the world saw the democracies’ adamant, primary focus on the well-being of people and nature, the pressure on autocracies would rise.

My belief is that if the U.S. led such an effort, Europe and other democracies would join enthusiastically. Along with the fast-growing power of China, the climate for cooperation is changing, and this is a climate change for the better.