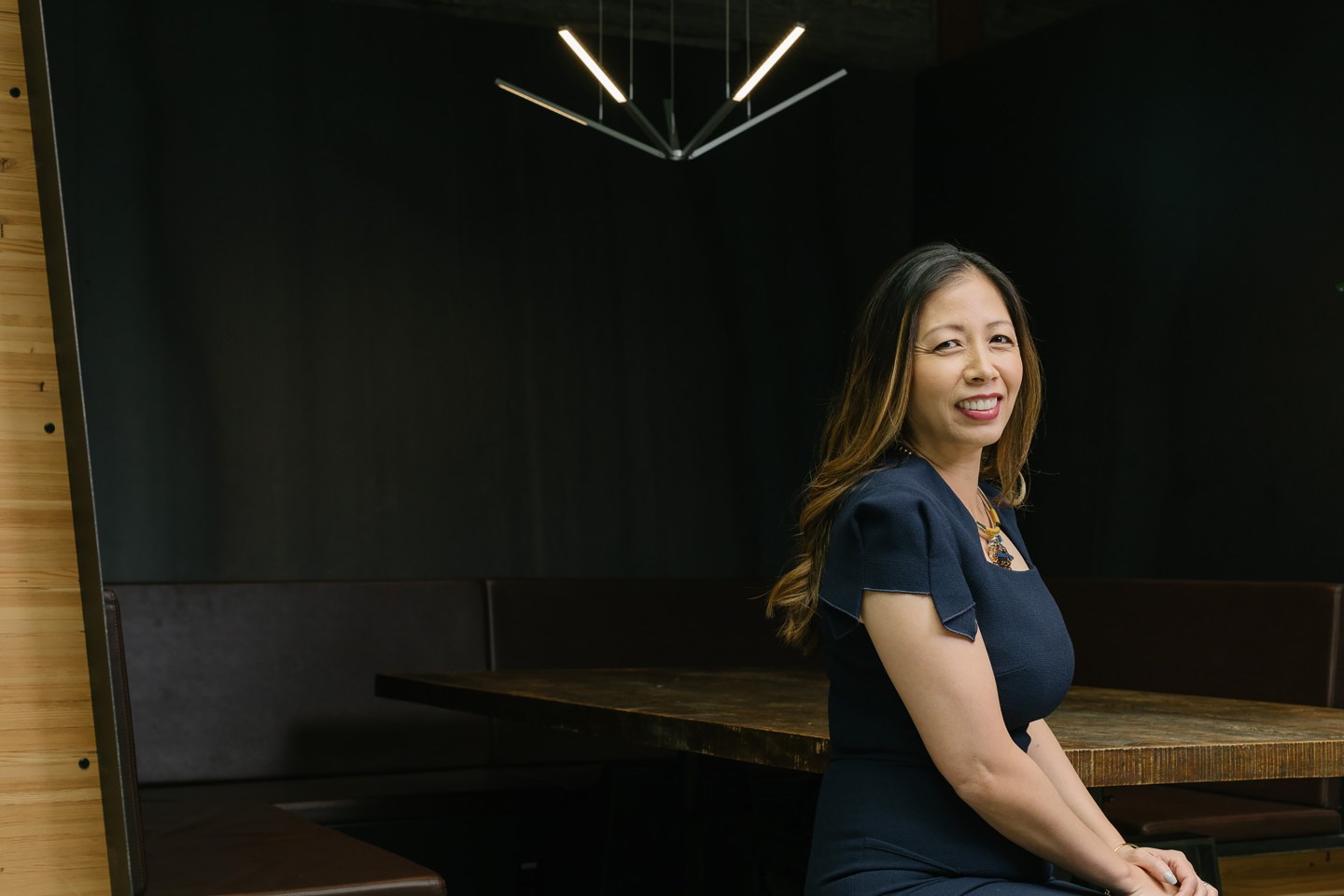 Most projects in Alphabet’s secretive X research and development division—formerly known as Google X—never make it out of the lab. But occasionally, a “moonshot” idea like self-driving cars or disease prevention breaks through to become a new company within the tech giant.

The latest moonshot to do just that is Intrinsic, an industrial robotics project that is “graduating” from X to become its own Alphabet business. As the project moves into this next stage as part of what Alphabet dubs “Other Bets” —businesses outside Google — Intrinsic is getting its own CEO: longtime tech founder, investor, and executive Wendy Tan White, Alphabet tells Fortune exclusively.

“I’ve always been about democratizing technology,” says Tan White. “If we can open up the accessibility of industrial robotics, we will totally, fundamentally change how the world makes and produces things.”

In the late 1990s, Tan White co-founded and served as CEO of Moonfruit, a U.K. business that was the first to offer a way to build a website without coding expertise. Since then, she has worked on other startups including the European peer-to-peer lending site Zopa.com and internet bank Egg.com. In recent years, Tan White focused on investing in robotics and biotech before she moved from the U.K. to California to join X as a vice president two-and-a-half years ago.

During her time at the company so far, Tan White acted as a mentor to X projects—some public, and some kept secret by Alphabet. In addition to working with Intrinsic, she helped develop Tidal, an effort to protect the world’s oceans via machine perception tools and underwater cameras.

As she moves into this CEO role, Tan White will now be exclusively focused on Intrinsic. The new company’s ambitious goal is to make it possible for companies to be able to easily program robots, like the kind used in manufacturing, to complete tasks. Instead of needing to program each machine to “rotate 90 degrees” to complete an installation step, for example, a company could instead instruct a manufacturing robot to “turn the screw until it’s tight.”

Intrinsic doesn’t yet have a product to announce, but it’s focused on robotics software, not hardware. The company came out of Alphabet’s work on robotics, including via acquisitions, which Alphabet separated into three categories: “help, move, and make.” Intrinsic is what Alphabet called “make.”

The mission is in some ways similar to the business Tan White, now 50, launched in her late 20s. Similar to how Moonfruit sought to help people without specialized knowledge to build websites on the internet, Intrinsic aims to one day make robotics accessible to businesses that lack the money or resources to program their own specialized machines. Such a change would make it easier for companies without their own robotics technology to begin working in the field and for existing manufacturers to make faster pivots — something that would have been useful in the early days of the COVID-19 pandemic, for example.

Tan White will join Waymo co-CEO Tekedra Mawakana as a rare woman of color running an Alphabet business (there are about a dozen such roles within Alphabet). In the U.K., Tan White was awarded in 2016 an MBE by Queen Elizabeth II for her services to technology and business, including supporting women in tech. “I take the responsibility seriously,” says Tan White. “I know that Alphabet is a big, impactful company in the world.”