How the FTC can start curbing Amazon’s power 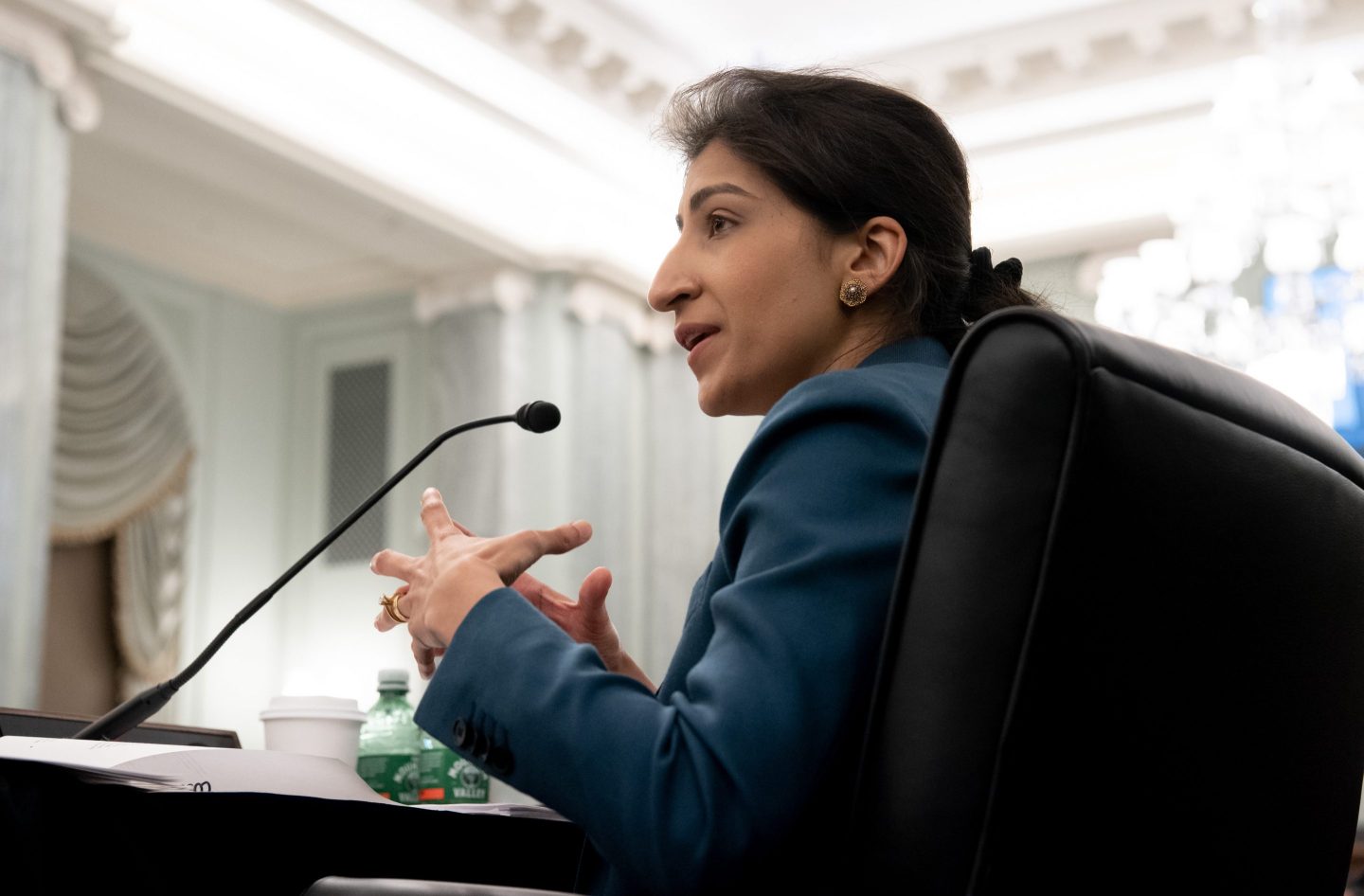 With Lina Khan’s confirmation as chair of the Federal Trade Commission (FTC), she now has the authority to curb Amazon’s mounting power. Achieving this goal could very well become Khan’s legacy, but it will happen only if the commission and the judiciary fully understand Amazon’s business model and the speed with which it is executed.

Khan’s much cited Yale Law Journal article from 2017 accused Amazon of “anticompetitiveness” on the basis that “although Amazon has clocked staggering growth, it generates meager profits.” But that’s not true: Amazon has become one of the most effective cash-generating machines on the planet, with the world’s most meticulous approach to continuously improving the customer experience while increasing the number of net new customers.

When Amazon can generate this much cash and customer data, why does Khan’s article claim that Amazon’s strategy is based on a “willingness to sustain losses”?

Khan is measuring profitability with traditional GAAP-based earnings per share. To understand Amazon—and any digital giant—you need to look instead at its return on cash investment. Amazon in fact measures its own performance on the basis of cash per share.

Cash enables Amazon to outbid competitors and attract talent with rewards other companies cannot match. It also allows the company to take risks on innovations. Today it releases 300 improvements every second (according to a senior executive who recently left the company) to make the customer experience faster, better, cheaper, and more convenient.

Amazon does not need to use predatory pricing—a usual trigger for antitrust action—in the future to recoup accounting losses. Its unique business model is such that it has tremendous force and speed precisely because it creates value for both shareholders and customers simultaneously. The harm to customers will not come.

Amazon’s business model was invented in the 1990s, when the Internet, creation of the browser, and rapidly increasing computing power at declining cost all converged. Founder Jeff Bezos, an expert in the application of a 100-year-old technology called the algorithm, captured the moment and built Amazon on a new moneymaking model available only to digital companies: the principle of increasing returns.

Any company that is run on a digital platform and connects to customers and networks digitally can create continuously increasing returns and cash gross margin. That’s because once the digital infrastructure and data are in place, the cost of incremental sales is very small or even zero. Thus cash gross margin increases nonlinearly. Amazon went from 20% cash gross margin in the early days to about 40% in 2020. For comparison, Walmart’s gross margin was 25% for the fiscal year ended in January 2021.

The principle of increasing returns is radically different from the familiar principle of diminishing returns, which applies to almost all companies. These non-digital companies are at a disadvantage because they cannot continuously expand revenues and customers without a step-up investment in hard assets.

Regulators will have no case against Amazon when it becomes clear that the company can achieve $1 trillion in revenues with 40% cash gross margin by 2026 without any predatory actions. Its market power lies in its existing business model.

Lina Khan’s intellect, curiosity, and meticulous research exposed the inadequacies of current regulatory approaches. Now her leadership will have to go further, to help persuade others—notably the courts—that pricing and other evident harms to the consumer are no longer useful tests for anticompetitive behavior.

Antitrust law must shift to a new, more relevant school of thought that addresses the principle of increasing returns. Unchecked, this principle will concentrate more and more power in the hands of a small number of companies.

To forge a new approach to antitrust, Khan and her team will need to master the operational details of companies that use the principle of increasing returns. Such companies will only continue to grow in number.

The FTC team should work to pinpoint the constraints they impose or could impose on others. Historical data, analysis of decision patterns, and simulations will help.

The FTC must also update its mindset and skills to deal with the realities of digital companies. Then it should create new criteria for litigation.

The digital giants have brought enormous innovation and benefits to society. But their concentration of power is also a risk to society. Finding the right remedy depends on precisely defining the phenomenon at the root of the problem.