How the G20 can kick-start the post-COVID economic recovery 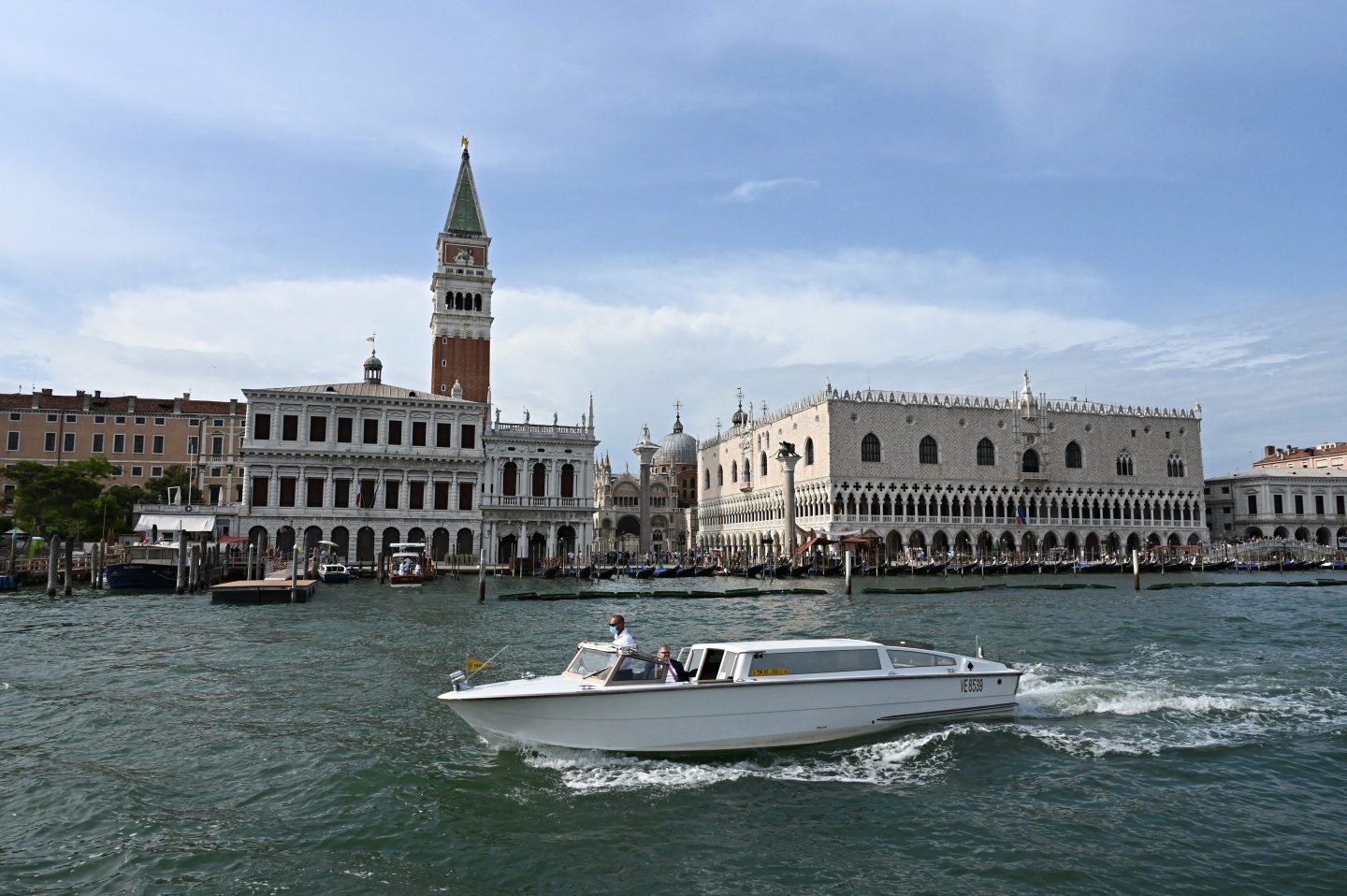 Piazza San Marco from the Grand Canal, a day before G20 finance officials meet in Venice. “The G20 nations can put the Bretton Woods system to better use, and finally put the world on a better path," writes Rajiv Shah, “one that not only starts a recovery but helps avert the next crisis.”
ANDREAS SOLARO—AFP/Getty Images

Seventy-seven years ago this month, amid another global catastrophe, the world came together in Bretton Woods, N.H., to establish institutions that could rebuild shattered nations and restart the global economy. Even as World War II was still being fought, national representatives created what became known as the Bretton Woods economic institutions, including the World Bank, to support the postwar economic development that could help humanity ward off the next crisis.

Today, as the world seeks to end the COVID-19 pandemic and restart the global economy, G20 countries, including finance ministers meeting this week in Venice, Italy, must reimagine that decades-old global economic order and unlock the full potential of its institutions. Just as World War II served as the current economic order’s foundation, the present crisis can serve as their rebirth. With a few practical, politically viable steps, the G20 nations can put the Bretton Woods system—above all the World Bank and its regional peers—to better use and finally put the world on a better path, one that not only starts a recovery but helps avert the next crisis.

Since 1944, the multilateral development banks, or MDBs, including the World Bank and regional institutions such as the African Development Bank and the Inter-American Development Bank, have sat at the center of the global economic order, providing vital resources to fight poverty and broaden prosperity in low-income and middle-income countries. Although the MDBs’ investments and choices have occasionally been subject to criticism, these institutions have contributed to dramatic gains in human development. Especially over the past 30 years, the banks have underwritten progress against poverty, hunger, gender inequity, and more—even when one takes into account COVID-19’s significant impact.

Unfortunately, these MDBs and their shareholders could be leading more boldly to meet the moment created by the pandemic and broader economic crisis. Indeed, according to a new report by my organization, the Rockefeller Foundation, and other analysis, some MDBs increased disbursements last year, but overall the system’s lending was far less robust in 2020, especially when compared with its significant response to the financial crisis of 2008–09.

Fortunately, these institutions have the capacity to do far more, and the world’s leading countries have a say in what and how much these institutions are investing in a global response to the pandemic and an inclusive green recovery. At the G7 meeting in Cornwall earlier this summer, leaders urged the MDBs to “increase the speed of their financial support.” The goal is not just to restart the economy but instead relaunch it with a series of historic investments in infrastructure and technologies to address global inequities in a clean and sustainable way.

This week, G20 finance ministers can take action to inject a renewed sense of purpose and urgency into these institutions and empower them to act more nimbly and invest more boldly.

First, the MDBs can lend far more if allowed. Based on independent analysis, these banks could unlock up to a trillion dollars in new lending while still maintaining their AAA ratings, which would enable them to lend more on more reasonable terms to their constituent countries. The G20 finance ministers should start this process by calling for a capital adequacy review—a responsible step forward that could have a dramatic impact on the ability of these institutions to meet the moment.

Second, the MDBs can leverage these new funds to avert future crises, most notably climate change. The banks could put hundreds of billions of dollars in new lending toward a more sustainable, stable future by prioritizing projects that enable countries to transition their energy economies and lower total emissions even as they expand access to electricity and lift the living standards of their populations. The G20 finance ministers should encourage the MDBs to engage in large-scale public-private partnerships to enable emerging economies to transition their energy sectors.

Both steps are responsible and feasible. The historic impact of the eight-decades–old Bretton Woods institutions is also proof of their potential relevance to finally ending the global crisis created by the persistence of COVID-19 throughout the developing world. Of course, this history is also a reminder that political will is crucial to making these changes. At the finance ministers’ meeting this week and elsewhere, leaders must decide that reinvigorated multilateralism is the only way the world can overcome COVID-19 and restart the global economy with long overdue investments in clean energy.

The COVID-19 catastrophe has killed millions, upended economies, and shaken institutions. As in World War II and other crises, the pandemic has also led to reassessments of long-standing practices and the development of new systems and methods. That same impulse should apply now. Building the global economy we want and need requires a far more ambitious and creative use of the institutions we have.

Rajiv Shah is president of the Rockefeller Foundation.